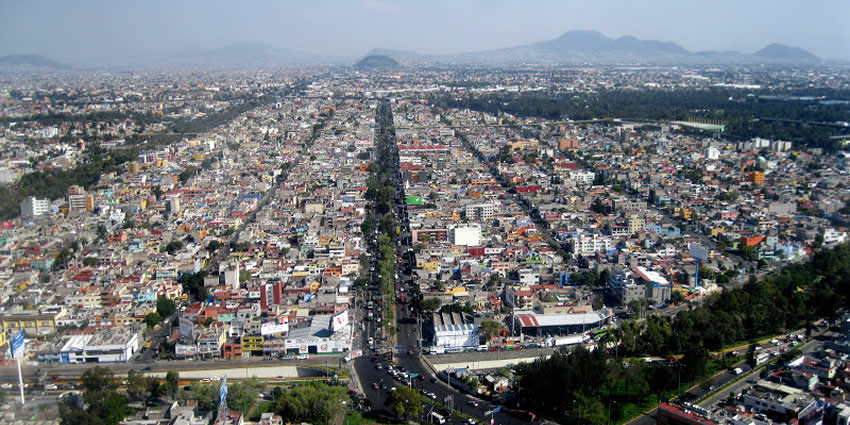 Salamanca, in otomi language Xidoo (“Place of Tepetate”) is a city in the Mexican state of Guanajuato.

Founded January 1, 1603 as ‘Villa de Salamanca’ by the Viceroy Gaspar de Zuniga and Acevedo, fifth Earl of Monterrey, who was originally from Salamanca (Spain). The town was founded in the lands of Bajio, after cattle ranchers and poor farmers, a few Spaniards, and small groups of Otomi Indians who formerly occupied a village named Xidoo, already lived in the area.

In recent years, many refineries have opened, and Salamanca has grown rapidly to become an important site for manufacturing and service industry in the region. Also, the University of Guanajuato has made many scientific contributions to develop agricultural and industrial technologies, giving a boost to the local and regional industries.

The city reported a 2010 census population of 260,759. The fourth-largest city in the state (behind León, Irapuato, and Celaya), it is also the largest of four places called “Salamanca” in Mexico.

Salamanca’s cuisine is very diverse because, thanks to the oil refinery, it is a city that has people from all over the country, from cities such as Veracruz, Oaxaca and Mexico City. Each of these cities has its own variety of food, so one can find enchiladas, wheat gorditas, pambazo, hamburgers, its famous carnitas (pulled pork), arrachera, cabrito(goat), birria, barbecue, cecina, and pizza. There are food stands on virtually every street corner. Many types of locally made icepops & ice cream are also popular in the city.

While the city itself doesn’t have an airport, it can be served by the Bajío International Airport (BJX), which serves all Guanajuato state; the airport itself is about 50 kilometers away.

Mexico hasn’t had any long-distance rail passenger service since 2000 (except for a tourist line in the northwest), however there are plans to build a statewide Interurban Railway linking the same cities currently linked by Highway 45, in addition to the state’s capital. However, this project has been stalled for at least 10 years.

The city has a rich craft industry, especially statues of wax, bronze, and pewter, and is also the location of the headquarters of the Center for the Arts of Guanajuato.

The former convent of San Juan de Sahagún and its church (with 12 monumental altarpieces artistically carved with 24 carat gold-plated sheet), and the former parish of St. Bartolmé Apostol are located within the city.