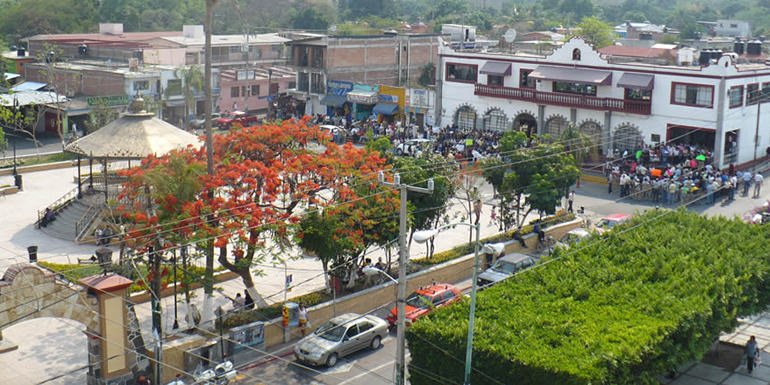 Over recent decades Jiutepec has merged into neighbouring Cuernavaca so that on its northeasterly edges it forms one geographically contiguous urban area with the latter. The Cuernavaca metropolitan area not only includes these two municipalities, but also Temixco, Emiliano Zapata, Xochitepec, and Tepoztlán municipalities, for a total population of 787,556.

The name Jiutepec comes from the Nahuatl name “Xiutepetl”, which means “the precious stones hill”.

It has the hotel Ex-Hacienda de Cortez. It is a hotel and Hernan Cortez’s hacienda too.

Another interesting place is Hotel Sumiya. It is a Japanese place one can visit.

It has its zocalo (like a plaza) with a tower that has a clock, this zocalo is surrounded by trees and some stores, in front of it, is the old church. Here traditional parties are held. People sell traditional bread, beer, dance the Chinelo Dance, there is music, fire works and food like esquites and tamales.