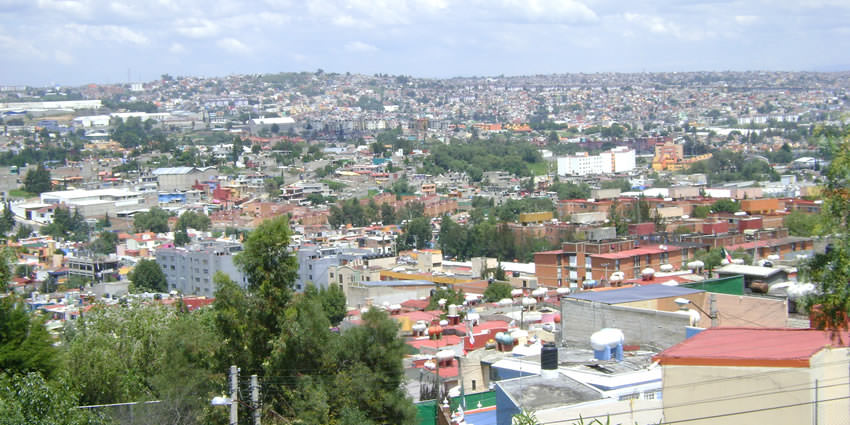 Ciudad López Mateos is a city in State of Mexico, Mexico, and the seat of the municipality called Atizapán de Zaragoza. Atizapán is located east from Toluca, and inside the Greater Mexico City limits.

There were 489,160 inhabitants according to the 2010 census. It is the seventh-largest city in the state. The city is the municipal seat of the municipality of Atizapán de Zaragoza, and is almost coextensive with it.

Three rivers have their waterway across Atizapán: Tlalnepatla River, San Javier River and Moritas River, all of them located north of the municipality.

Inside Atizapán, near the border with Naucalpan, is located the Madin Dam, which provides water to the north west part of the Greater Mexico City area.

Also, various streams have their waterway across Atizapán such as “La Bolsa”, La Herradura, “El Tecojote” and “El Xhinte”.

The city was previously named Atizapán de Zaragoza, but the official name was changed after president Adolfo López Mateos, who was born in that town. However, the city is still commonly known as Atizapán.

During the French Intervention, general Ignacio Zaragoza stayed here, and used the town for the gathering of weapons.

This was the hometown of Mexican president Adolfo López Mateos, and a mausoleum was built for his remains in downtown Atizapán.

In 1984, the city hall was transferred from downtown Atizapán, to a new building near the municipal limit with the municipality of Tlalnepantla de Baz.

Although none of the main transportation ways in greater Mexico City have stations in Atizapán, many bus lines cross Atizapán, and go mainly to the north, center and south west parts of Mexico City.

In the beginning of the 20th century, a train line called “Montealto” had its end in Atizapán.

In the north part of Atizapán is located an airport, which has minimal use, as no airlines are established.

Also, one highway passes across Atizapán, and serves to communicate Atizapán with the capital city of the State of Mexico Toluca, the Interlomas, Santa Fe and Herradura Boroughs, and with the Mexico-Querétaro highway.

Recently, the “Viaducto Bicentenario” has connected a second-floor highway to the inner Mexico City. The project was built to commemorate the bicentennial of Mexico’s independence.