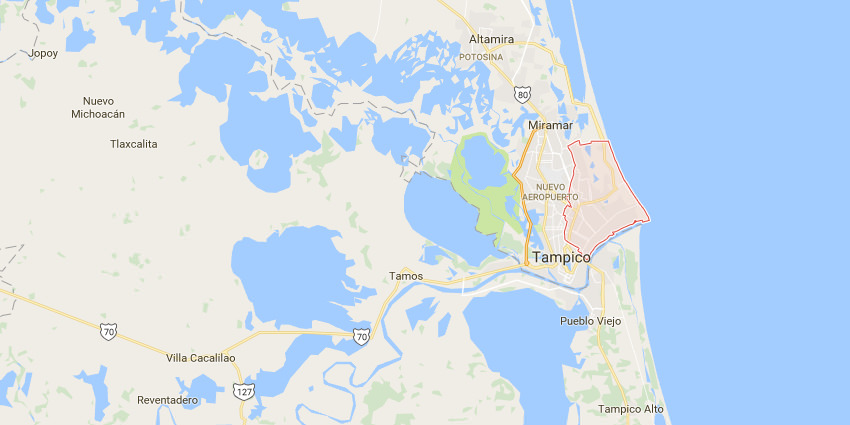 Madero, formally Ciudad Madero, is a city and its coextensive municipality in the state of Tamaulipas, Mexico.

The city is located in the extreme southeastern part of the state, on the Gulf of Mexico, just north and east of Tampico but still on the banks of the Río Pánuco.

Ciudad Madero forms part of the conurbation that includes the municipalities of Tampico and Altamira in Tamaulipas, as well as Pánuco and Pueblo Viejo in the state of Veracruz, across the river to the south.

Ciudad Madero is named after Mexican president and hero Francisco I. Madero.

Ciudad Madero has a beach named “Playa Miramar”, which, in recent years, has been expanding its services with new hotels and restaurants.

Near the beach there is a lighthouse, named “Faro de Ciudad Madero” – although this has been replaced by a red beacon light atop a small tower, to guide approaching ships into the channel of the Río Pánuco.

However, in October 2006, the Ciudad Madero Planning Commission signaled its intention to build a new lighthouse because of the cultural and tourist values it would provide.

The citizens of Tampico often consider that Ciudad Madero is merely a rump of their own municipality – this leads to much local jesting and civic pride.

In fact, although the two cities are politically and administratively independent, they are physically conjoined and form a part of a larger conurbation. The Tampico metropolitan area had a 2005 census population of 803,196 inhabitants.