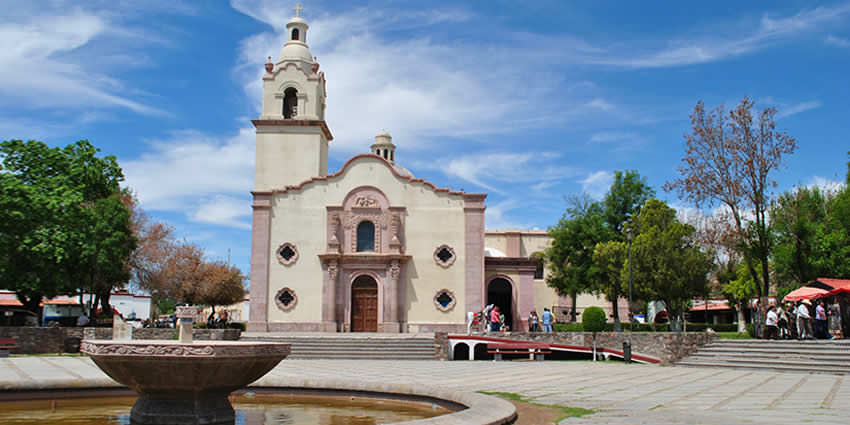 The city was named after the pioneer roman catholic missionary and explorer, Father Eusebio Francisco Kino, who worked in the area, as well as in the present-day US state of Arizona.

Originally, the territory was populated by the Papagos (Tohono O’odham) and Pimas (Akimel O’odham).
The first missions were established in 1687, with the arrival of Father Eusebio Francisco Kino.
The municipal seat was founded at the beginning of 17th century by Lieutenant Juan Bautista Escalante.
Magdalena de Kino suffered two massacres, one in 1757 and another in 1776.
The city was founded by decree in December, 1923.
At first the city was called “Santa María Magdalena de Buquivaba”, but was changed in 1966 to its present name.

Magdalena de Kino has 6 hotels and 6 bars/restaurants and several sites of interest to tourists, including:

Magdalena de Kino is the subject of a song by The Killers frontman, Brandon Flowers.
‘Magdalena’ appears on his solo album Flamingo.