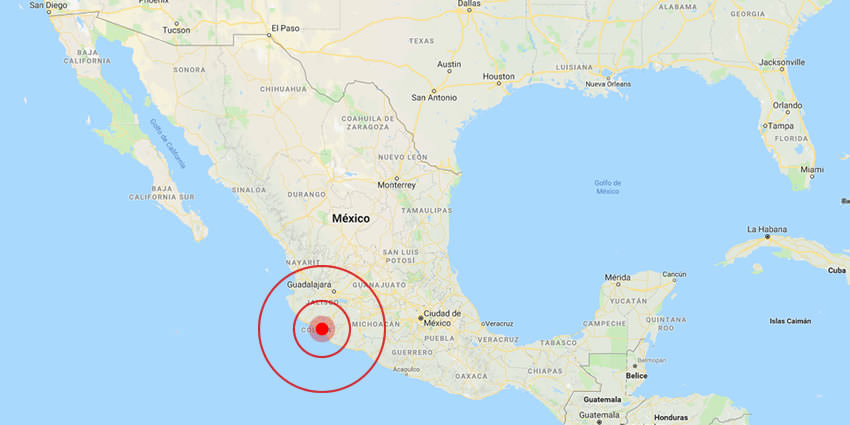 The 2003 Colima earthquake occurred on 21 January with a moment magnitude of 7.5 and maximum Mercalli intensity of VIII (Severe). The epicenter was located on the Pacific coast in the Mexican state of Colima.

The earthquake was felt as far away as Mexico City and in southern parts of the United States.

The 2003 Colima earthquake resulted in the death of 29 people and 300 injured. Additionally, approximately 10,000 were left homeless as the earthquake destroyed 2,005 homes and seriously damaged 6,615.

Some deaths and damage occurred in the states of Jalisco and Michoacán and a few buildings were damaged as far away as Guanajuato and Morelos. The quake was felt strongly (rating VI) in parts of Mexico City.

It was also felt in most of Mexico and in the United States in Corpus Christi, Texas, Dallas, Texas, and El Paso, Texas. Occupants of high-rise buildings in Houston, Texas also reported feeling its effects. Landslides closed a segment of the Colima-Guadalajara Highway and the port of Manzanillo.

Power and telephone outages occurred in Mexico City. A local tsunami of about 1 m (peak-to-trough) was recorded at Manzanillo. A seiche was observed on Lake Pontchartrain in the US state of Louisiana, and sediment was stirred up in several Louisiana wells.

Both the Rivera Plate and the Cocos Plate are being subsumed beneath the North American Plate.

The slower subducting Rivera Plate is moving northwest at about 2 cm per year relative to the North American Plate and the faster Cocos plate is moving in a similar direction at a rate of about 4.5 cm per year.

Several significant earthquakes have occurred near the recent event.