Most charming towns in Mexico to visit 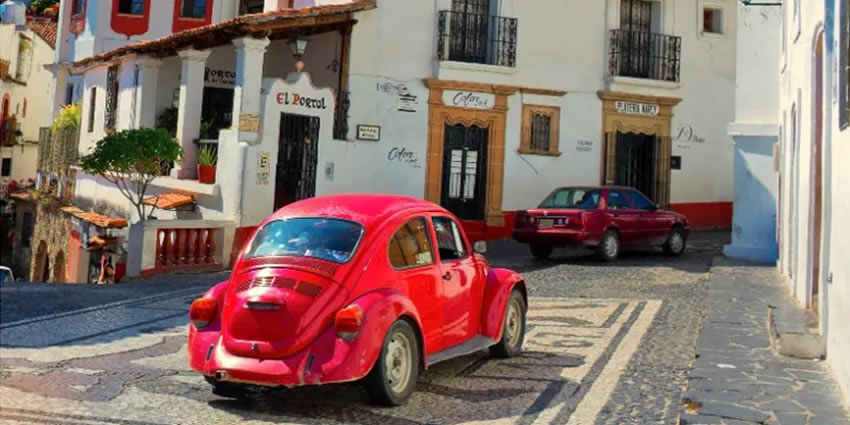 Mexico is a huge, diverse country with a wealth of historic, colorful towns to discover.

Many have been designated UNESCO World Heritage sites, yet they’re still overlooked, remaining off the radar for most visitors. If you aren’t sure which to experience, you may want to consider one of these charming Mexican towns.

Taxco is Mexico’s silver capital, often also referred to as the “silver town”.

Taxco is a small cozy town tucked into the mountains of Guerrero state between Mexico City and Acapulco.

Taxco is one of the Magic Towns, as soon as you step onto the winding cobblestone streets lined with whitewashed houses with red tile roofs, and gaze up at its magnificent baroque Santa Prisca cathedral, you’ll understand why.

Visit El Mirador, where you’ll be an amazing panoramic vista of the city.

Local shops are the best places to purchase silver with the most extensive selection and some of the best prices around.

Todos Santos is one of the most charming towns in Baja, with its eclectic mix of artists, New Age spiritualists, fishermen, surfers, and a significant number of American expats.

Another Magic Town, it also boasts a world-class foodie scene, yet it’s somehow managed to escape the rampant tourism of other places in the region like Cabo, which sits just a little over an hour away to the south.

This desert oasis is similar to Taos, New Mexico a couple of decades ago, set among ancient orchards of mango and palm that are edged to the west by a seemingly endless stretch of golden sands and the glistening expanse of the Pacific.

Even during the busy season, there are rarely more than a handful of humans here.

The fishing village of Puerto Escondido is nestled along the Pacific coast in the state of Oaxaca. While it’s become increasingly popular as a tourist destination, it still remains under the radar, except with the surfing crowd.

A break called the Mexican Pipeline put the town on the surfing map, attracting surfers from around the world. Some of the biggest waves, 30 feet and even higher, typically come during May, June, and July.

This seaside village north of Puerto Vallarta in the state of Nayarit was a rather sleepy, secluded surfing town not long ago, but in the last decade or so, many have been discovering its charms.

Before it changes too much, come to enjoy its unspoiled beaches and laid-back bohemian vibe, or learn to surf.

Sayulita’s bay is known as a great place for beginning surfers, with board rentals and lessons both available, though there are plenty of challenges for the more experienced as well.

Real de Catorce sits in the heart of the Catorce Mountains in the state of San Luis Potosi. A former silver-mining town, it has a spiritual feel that brings many to experience it.

Founded in the year 1779 following the discovery of rich silver mines that drew a crowd of miners and adventurers to search for their fortunes, fast forward to the late 1900s, when it was virtually a ghost town.

While almost everyone had moved out, tourists started visiting and today it’s another one of Mexico’s Pueblos Magicos. The only way to enter is through a narrow one-way tunnel.

Once there, often the loudest sounds you’ll hear among the empty buildings is the braying of the donkeys. Wander the cobbled streets and visit historical sites that include Plaza Hidalgo, the area, and the mint.

San Sebastian Bernal is home to meandering cobblestone streets, colorful facades, and many historic 18th- and 19th-century buildings, with one of the tallest monoliths in the world as its backdrop.

Another one of Mexico’s Magic Towns it’s a wonderful, peaceful place for exploring on foot, checking out the wool blankets and other wool products, and visiting craft shops, and the delectable handmade candy shop.

Be sure to explore the Museum of the Mask which houses a collection of masks from this region and other places throughout the country and the world.

Almost unknown to outsiders just a couple of decades ago, Oaxaca now frequently welcomes visitors from across the globe yet it’s managed to retain the feeling of an authentic Mexican town.

Its charms go beyond the colorful colonial center.

As the birthplace of mole sauces, its cuisine rivals Mexico City and it’s slowly become a hotspot on foodie radar, due to the diverse range of traditional Mexican dishes that were birthed or perfected here.

Miguel de Allende was once considered only an important stop on the silver route between Zacatecas and Mexico City.

But things have changed, with many expats and tourists choosing to visit or live here, thanks to it being spotlighted in the film “Once Upon a Time in Mexico”.

San Miguel de Allende is a UNESCO World Heritage site with a historic center that’s filled with impeccably-preserved buildings from the 17th and 18th centuries.

Patzcuaro lies less than an hour southwest of Morelia, the capital of the central Mexican state of Michoacan, and offers a great slice of real Mexico.

Situated on the edge of Lake Patzcuaro at over 7,000 feet above sea level, it enjoys especially fresh, clean air with its many terracotta-tiled roofs, red-and-white adobe walls, and narrow cobblestone streets giving it the air of a large village.

Unlike the nearby Spanish-founded settlement of Morelia, it was established in the early 14th century as part of the Tarascan empire, two centuries before the conquistadors arrived.

Today, you’ll still notice an indigenous feel. The courtyards are filled with colorful flowers mixed among cacti, and while some of the church facades look a bit shabby, it only adds to Patzcuaro’s charms.