The best time to visit Mexico 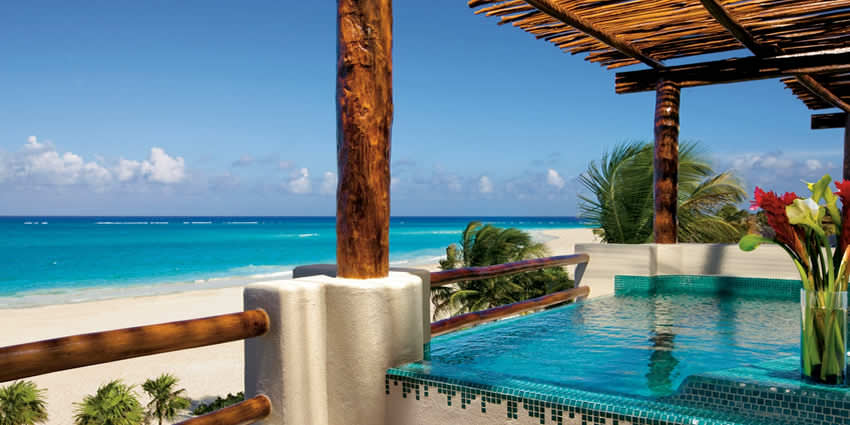 Depending on the altitude, you can also have great differences in climate: winter in the mountains is very cold, while in the south of the country it is hot throughout the year.

Guide to the Weather & Seasons in Mexico

From June to October

If solitude sounds like your thing, it’s best to visit Mexico between May and June or September to December. During these months prices are generally lower. This also equals quieter beaches and hotels, too.

Summer, from June to October, is, in theory, the rainy season in Mexico, but just how wet it varies wildly from place to place.

In the heart of the country, you can expect a heavy but short-lived downpour virtually every afternoon; in the north hardly any rain falls, ever.

Chiapas is the wettest state, with many minor roads washed out in the autumn, and in the south and low-lying coastal areas, summer is stickily humid too.

From September to mid-October

Along the beaches, September to mid-October is hurricane season – you’ll usually get wet weather, choppy seas and mosquitoes, if not a full-on tropical storm.

Late winter is the traditional tourist season, worth considering when thinking about the best time to visit, and in the big resorts like Acapulco and Cancún, the months from December through to April are the busiest.

Mountain areas, though, can get very cold then; in fact, nights in the mountains can be extremely cold at any time of year.

Visitors come all year round – sticking on the whole to the highlands in summer and the coasts in winter.

November is probably the ideal time to visit, with the rains over, the land still fresh and the peak season not yet begun.

Between the months of December and April, the country experiences the least amount of rain.

The temperature averages at a comfortable 24 degrees during these months, so you can expect clear blue skies and virtually no clouds.

Mexico has two different coasts – the Pacific and the Caribbean.

If you opt for the Pacific Coast you can expect surf-worthy waves and an impressive watersports portfolio.

For more chilled-out days, meanwhile, make tracks for the Caribbean side. Cancun, Playacar, and Riviera Maya all boast calm, turquoise waters that are ideal for days spent snorkeling or relaxing with a cocktail.

The coolest months in Mexico tend to vary by region, but as a general rule of thumb, the rainy season runs from May to September.

And although the entire Caribbean experiences showers during these months, that shouldn’t put you off going on holiday.

In fact, the rain in Mexico tends to take place in the late afternoon, and are extremely short, meaning you’ll still have hours of glorious sunshine for most of the day. Also, a spot of rain can bring down those high humidity levels.

The official hurricane season in Mexico arises at the start of June and at the end of November. According to the Met Office, the highest risk of hurricanes is between September and October, due to higher sea temperatures.

However, there’s no need to panic, as this usually just means high winds and the occasional storm.

Travel preferably between February and June.

Travel between November and April, in order to avoid the rainiest and hottest months.

The best time to visit the central region of Mexico

The best time to visit Mexico and its central region is, both the months of March and April and those of October and November. This way, you will avoid the rainy season and will not suffer the suffocating heat of the driest months.

The average altitude of this region is about 1,500 meters, so you can visit it during the dry season, in the month of May, without being too hot and you should avoid the rainy season, which runs from June to October.

The best time to visit Yucatan and Riviera Maya

The best period to visit Yucatan is between December and March, during the dry season, since the weather is still pleasant.

The Caribbean coast can be affected by the hurricane season, which runs from June to November.

In this region temperatures increase considerably during the summer, up to 50°C. Therefore, the best months to visit this region are between November and April.

Northern Mexico is the region that benefits from a more benign climate. The north states remain practically stable throughout the year except for the period between July and September, during which it usually rains frequently.

Those who are colder should avoid the months of February and March, which is when the temperatures are lowest (the thermometer reaches 5 degrees below zero).

The best time to visit Chiapas and Oaxaca

The best time to travel is during the months of November to May since the temperatures are pleasant and there is a lower risk of precipitation.