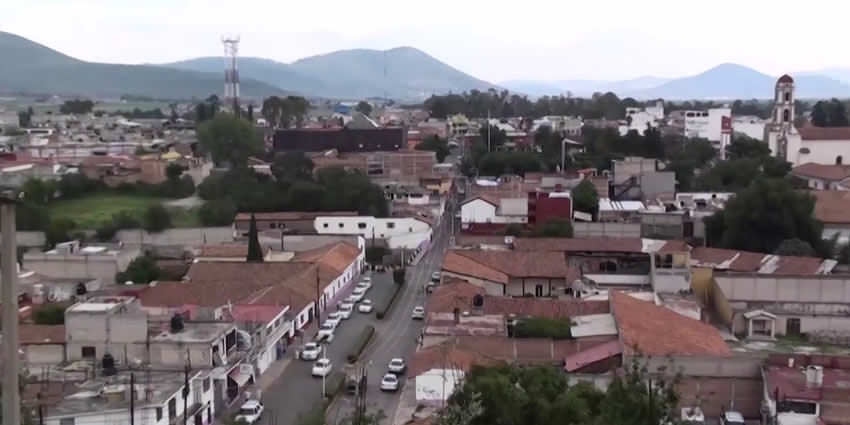 San Felipe del Progreso is a town and municipality in the northwest of the State of Mexico. It is in the western part of the state, 59 km from the state capital of Toluca and 72 km southwest of Atlacomulco.

There is indication of Mazahua presence in the area from the seventh century. However, they were constantly besieged by neighboring peoples.

This area was conquered in 1379 by the Purépecha chiefs Acamapichtli and Tezozómoc. The area came under Aztec rule when Axayácatl during his campaign to reach Tlalchimaloyan, now Ciudad Hidalgo, Michoacán in 1474 and remained under Tenochtitlan’s rule until the Spanish Conquest.

The Spanish took over the area around 1552, calling it “San Felipe el Grande”.

By the time of the Mexican War of Independence, when the priest Miguel Hidalgo y Costilla came to the town, it was known as “San Felipe del Obraje”.

The predominant weather is the mild with rains In the summer.

The annual temperature varies between 12 and 18 degrees Celsius; with extremes of 2C and 28C.

The rainy season is in July, August and September.

In April and May temperatures are moderately warm.

Despite heavy logging, the municipality is heavily forested.

There is an area closest to the border with Michoacan that has been set aside as monarch butterfly sanctuary for their annual migration south in the winter.

Unfortunately, much of this habitat was destroyed in a 1997 forest fire; however, the municipality has worked since then to rehabilitate the area.

The predominant religion is Catholicism with 90 percent of the communities. There are some exceptions like San Agustin Mextepec and Mayorazgo.

The Mazahua Ceremonial Center is located between Santa Ana Nichi-Fresno and “Nichi-San Antonio de las Huertas”. It is visited regularly, but especially on the first Sunday of each month. The ethnic Mazahua conduct their rituals and practice their customs, attracting tourism, both national and international to the area. There is a tourist centre with playground equipment, 96 white-tailed deer, 35 Andes cattle and other interesting animals. There are also a heliport, a museum, a craft center, board rooms, auditorium outdoors, craft workshops and roadways with beautiful flowers and plants among a forest of pines and oyameles.

There are a large number of sawmills with licenses to cut wood. There is a deposit of tezontle which is administered by the government of San Felipe. There are quarry deposits that have not been exploited, like sandbars, tepojal, etc.