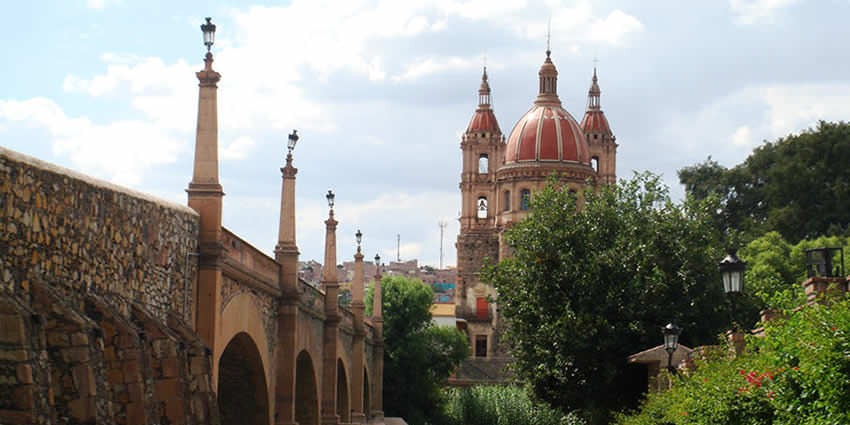 Lagos de Moreno is a city and its surrounding municipal area of the same name, located in the extreme northeastern part of the state of Jalisco in Mexico. It is part of the macroregion of Bajío.

At the 2010 census the city had a population of 153,817 inhabitants, making it the 6th largest city in the state of Jalisco.

The city serves as the municipal seat of the municipality, which has an area of 2,648.22 km² (1,022.48 sq mi) and a population of 153,817 inhabitants, and includes many other outlying small communities, the largest of which are Paso de Cuarenta (San Miguel de Cuarenta) and Los Azulitos.

Lagos de Moreno is occasionally known as the “Athens of Jalisco” because of the numerous writers and poets who were born there.

Important industries include food processing, including milk and dairy products, vegetable oils, and meats, and manufacturing, of footwear and agricultural machinery.

The origins of Lagos de Moreno date to its founding as Pechichitlán or Teziziatlan by Ahnuvic VII in about 1028 BCE. Then the city served as a capital for the Chichimecatlalli fiefdom.

The city’s modern history started on 31 March 1563, when it was founded as Villa de Santa María de los Lagos, by Captain Don Hernando Martel and around 100 colonist families.

The city was renamed Lagos de Moreno in memory of insurgent General Pedro Moreno (1775-1817), a founding father of Mexico, who led forces against Spain in the War of Mexican Independence.

Many days are sunny, averaging around 15-19 clear days per month and precipitation is low.

The wet season, which runs from June to October sees an increase in precipitation and humidity with July and August being the wettest months.

The city is served by the Francisco Primo de Verdad National Airport.