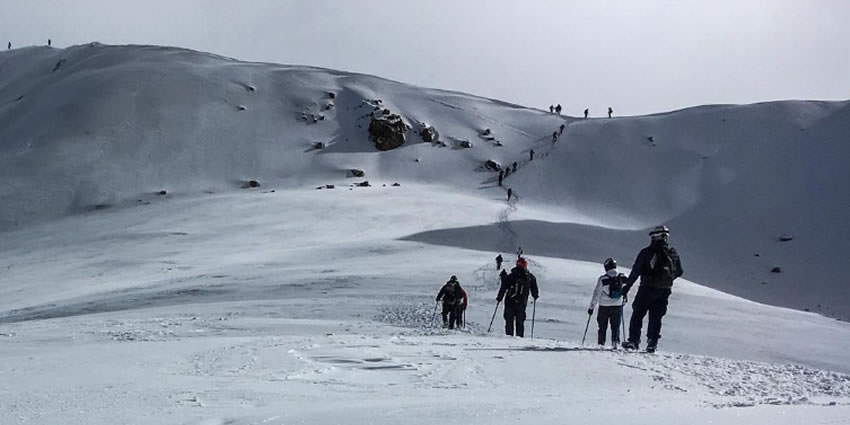 Mexico has about two dozen glaciers, all of them located in the three highest mountains in the country. The last ice age saw its last days about 10 thousand years ago and the Mexican glaciers come from that time.

In simple words, a glacier is a very thick layer of ice formed on the earth’s surface by the accumulation of huge amounts of snow over long periods of time.

The amount of snow that fell exceeded the amount that melted, and then, due to its weight, the lower layers became compact and large masses of ice were formed.

Today, glaciers cover an area of ​​more than 10 million square kilometers, of which most are at the poles and the rest are scattered in the mountains.

When we talk about glaciers, we refer to snow that is compacted so much that it does not contain air in its composition to be preserved as ice it needs specific temperature conditions that vary by height and where in the world they are.

The task of glaciers is to regulate the temperature, their white color makes the sun’s rays reflect and not absorb into the ground, which brings heat, when they melt the water feeds the aquifers.

The problems usually appear when the rate of melting exceeds the rate of recovery of the ice, which is when these frozen landscapes disappear.

In Mexico, the conditions for the emergence of a glacier occur in three peaks:

In Iztaccíhuatl, there are five glacial zones. There used to be 11 glacial zones, but they have disappeared because of the industrial zones that have grown closer and closer to the zone.

The famous Popocatepetl, known as Don Goyo by the locals, has been left without a glacier since the eruption of 1994 as the volcanic material and ash caused the snow to constantly melt and the glacier ended up disappearing.

In 2001, the country’s scientific community declared it extinct.

The most abundant glacier in the country is called Jamapa, it is one of the five that the volcano that we know as Pico de Orizaba once had. This glacier is also in danger of disappearing, it is estimated, within the next 20 or 30 years.

Given the problem of global warming of the planet, the study of glaciers is now of particular interest, since they are in retreat throughout the world.

The glaciers described here have decreased considerably in recent decades.

The UNAM Institute of Geophysics is currently working on a measurement of the Popocatépetl and Iztaccíhuatl glaciers, and the results of this investigation will shed light on the precision of this process.

The freezing temperature that makes the ice last on the snowy peaks of volcanoes is reaching a level that will soon exceed the peaks.

Glaciers are not produced by machinery that generates them in a continuous way, and as the warming of the planet continues, there will be no way to stop the disappearance of glaciers.

Unlike other countries, glaciers in Mexico are not exposed to the voracity of mining companies, but they are definitely in the process of disappearing if we don’t take care of them.