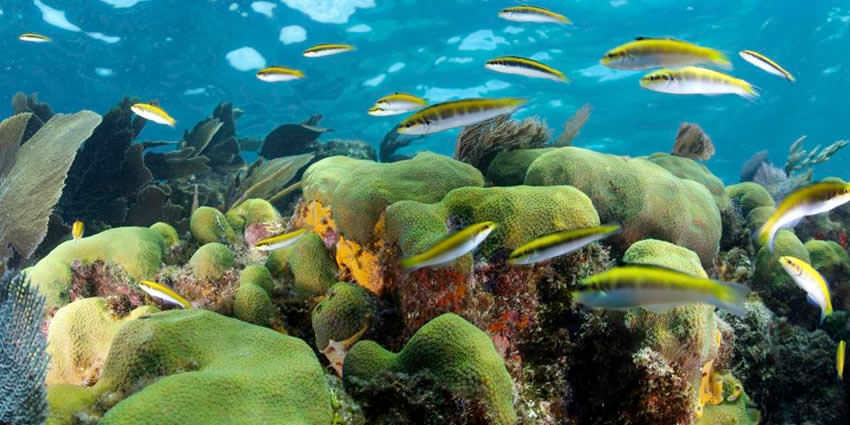 Mexico is home to the second-largest barrier reef in the world.

The Mesoamerican Barrier reef runs along the Caribbean coastline of the Yucatan Peninsula and is home to 66 species of stony corals, more than 500 species of fish, as well as several species of sea turtles, dolphins, and whale sharks.

This area offers the best snorkeling and scuba diving in the northern hemisphere.

The Mesoamerican Barrier Reef System (MBRS), also popularly known as the Great Mayan Reef or Great Maya Reef, is a marine region that stretches over 1,000 km from Isla Contoy at the tip of the Yucatán Peninsula down to Belize, Guatemala, and the Bay Islands of Honduras.

The reef system extends along the coast of four countries: Mexico, Belize, Guatemala, and Honduras.

It begins near Isla Contoy on the northern tip of the Yucatán Peninsula and continues south alongside the Riviera Maya including areas like Cozumel and Banco Chinchorro.

It then continues south down the eastern coast of Belize including many cayes (small, low-elevation, sandy islands on the surface of a coral reef) and atolls.

It extends past the northeast corner of Honduras and ends in Nicaragua.

There are numerous species that live in or around the reef system that are endangered or under some degree of protection, including the following:

The reef system is currently suffering an invasion by the red lionfish, which is native to the Indo-Pacific region. Lionfish severely damage the reef ecosystem by eating nearly every reef-tending species, such as cleaner shrimp and other species that eat algae.

These animals keep the corals clean, alive, and disease-free. Lionfish eat up to 90% of the reef-tending species in a given area within just a few months, which can result in a quick death for a reef.

Valuable commercial species, such as lobster, are being negatively affected by the spread of the lionfish due to the enormous appetite of the invasive lionfish.

The reef system is home to one of the world’s largest populations of manatees, with an estimated 1,000 to 1,500 of them.

Some northern areas of the reef system near Isla Contoy are home to the largest fish on the planet, the whale shark. The normally solitary whale sharks congregate there in social groups to eat and mate.