Is marijuana legal in Mexico? 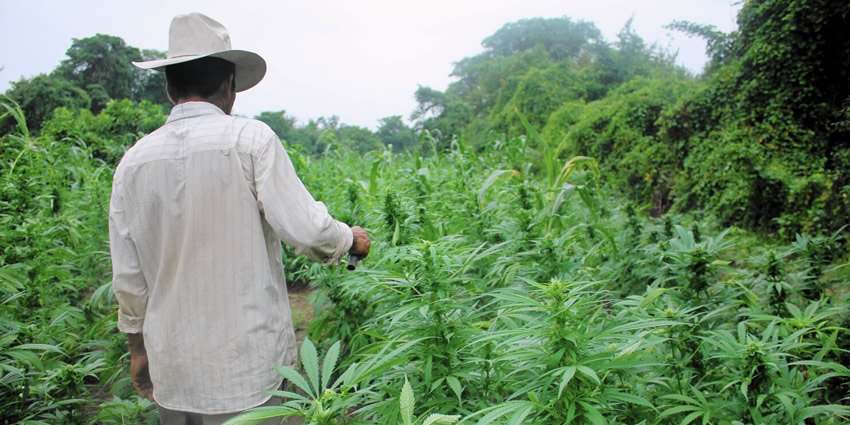 Cannabis is partly legal in Mexico for personal use

As of the 21st of August 2019, the Mexican government has decriminalized possession of small amounts of marijuana.

However, decriminalization isn’t the same thing as legalization. It means that, rather than arresting or fining anybody possessing marijuana, the authorities recommend that the person seek help from a drug rehabilitation center.

The maximum amount of weed that anyone can possess is five grams. Anything over that no longer constitutes a personal amount and can lead to a fine or imprisonment.

In 2015, the Mexican constitutional court made a groundbreaking ruling, declaring it unconstitutional to prohibit people from growing marijuana for personal use.

2021 saw a Supreme Court vote pass 8-3 to legalize marijuana. Once officials have finished correcting and fine-tuning the proposed legalization bill, you can even plant those sour diesel seeds in your garden without a permit.

So, is cannabis legal in Mexico? The simple answer is no.

Delays in the bill to fully legalize marijuana use

The significant delay in the Mexican weed legalization process has been the passing of the bill. While, in black and white terms, the Supreme Court law already voted, the document that will officially legalize weed is still under deliberation.

Government officials have given various reasons for the delay. As President Lopez Obrador stated, the main reason is that the bill was full of mistakes that could not be left unfixed.

According to him, the main problems were matters of inconsistency rather than something more serious regarding the law itself. To quote, the issues involved are “matters of form and not of substance.”

Understandable skepticism from a country torn by drug wars

Some legal analysts believe that the delays are the result of skepticism by certain members of the government. While it may be frustrating, it’s understandable that government officials may be nervous about officially legalizing the drug.

After all, Mexico has been fighting a war against drug trafficking and abuse for many decades.

It must be a little scary for them to suddenly legalize a substance that’s among things they’ve been fighting for such a long time. This over-thinking may be subconscious and might impact how long it takes to complete the bill.

The overall process mainly depends on the bill’s correction.

Positive Consequences of Decriminalization and Legalization

While the official change of the Mexico marijuana law might take a while, it promises excellent results overall.