Mexican Boxing: The culture, the sport 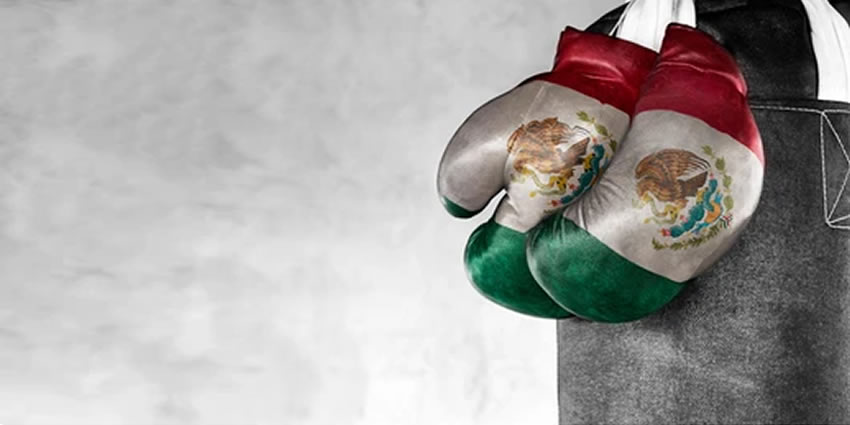 It would be easy to assume that soccer is the most popular sport in Mexico. In actuality, boxing is what’s given the country its recognition, not to mention the most achievements internationally.

Boxing in Mexico is a sport that is practiced amateur and professionally.

During the late 19th century, boxing was considered a barbaric, amateur sport, and was generally viewed with little respect. It was popular among the sailors who spent most of their time ashore at port cities such as Tampico, and others around the Gulf of Mexico.

The early competitors of these provisional battles used napkins as gloves, later passing their hats around to collect bets from spectators which they would use to fund their drinking habits.

In 1921, after various incidents, the first Mexican boxing commission was formed in an attempt to regulate this sport.

Boxing continued to make waves across the country, gaining popularity in Mexico City in particular. It spread to the U.S. on account of Mexican immigrants fleeing the Mexican revolution.

The 1980s ushered in Mexico’s second Golden Age for boxing, mainly due to Julio César Chávez. He dominated the boxing stage from 1980 to 2005, securing 107 victories, during which he held an 87-fight winning streak.

He became Mexico’s greatest boxer, arguably the world’s greatest boxer of all time. Chávez’s popularity even resulted in Mexican folk songs (corridos) and he also influenced the boxing calendar.

However, Chávez wasn’t alone. In time, the world has seen plenty of other Mexican boxing stars, 14 of which have already been inducted into the Boxing Hall of Fame, while 12 hold Olympic medals in the sport.

Oscar De La Hoya is one such medal holder, winning a gold medal at the 1992 Olympics at just 19 years old. In June 1996, Oscar De La Hoya faced down his toughest challenger in Julio Chávez (hitherto) and emerged victorious.

After his last fight in December 2008 against Manny Pacquiao, De La Hoya officially retired in April 2009.

The Caesars Sportsbook betting site and mobile app are now available across the state of Maryland USA. If you are a fan of boxing and betting on boxing, use this Caesars Maryland promo code to wager and place a bet on your favorite sport.

Most Mexican boxers have a unique style, the classic Mexican style, as it is usually called.

Mexican boxers are famous for excellent aggression and offensive aspects. Most Mexicans seem to carry an affinity for the sport because it speaks to their history and struggles for citizenship, as well as their identity and race.

Boxing holds a special place within the hearts of all Mexicans and will continue to impact their culture for years to come.