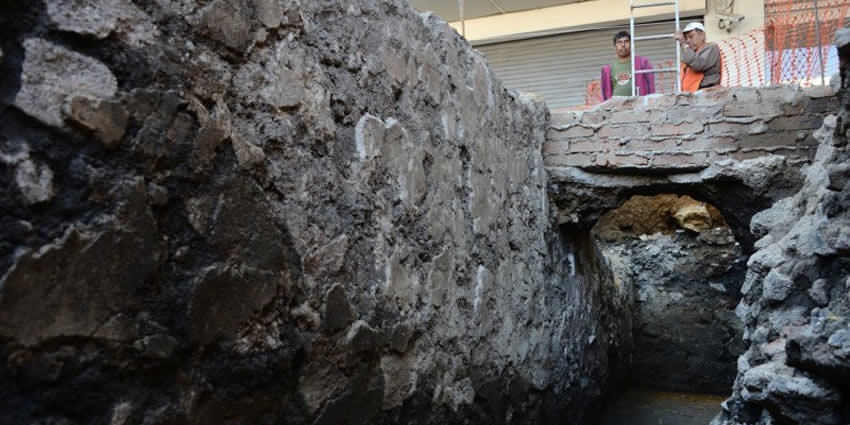 Nearly 500 years after its fall, Tenochtitlán continues to be rediscovered, meter by meter. The latest to be uncovered are the remains of the ceremonial center of the Calpulli of Cuezcontitlán, found a few meters under the streets of Mexico City, several blocks south of the Zócalo near the Plaza Pino Suárez commercial center.

In Aztec society, a calpulli, or large house, was the designation for an organizational unit below the level of the Altepetl, or city state, and has been likened to a borough.

The discovery happened during renovations to the commercial center. Once the first evidence of a buried structure was revealed, archaeologists from the National Institute of Anthropology and History (INAH) were called in.

The find was a lucky one, she said, especially because prominent discoveries had been made a few meters away in the 1960s, during the construction of a subway line.

Back then, the remains of the main buildings of the ceremonial center of the Calpulli of Cuezcontitlán were unearthed, including a small pyramid dedicated to Ehécatl. It is arguably the most visited archaeological site in Mexico because it can be seen on display between the Metro’s Lines 1 and 2.

Counterintuitively, the recent findings lie just 35 meters away from the Temple of Ehécatl.

The discovery of pottery fragments indicate that the buildings were being used between 1430 and 1521, a century during which there was Aztec military and commercial expansion.