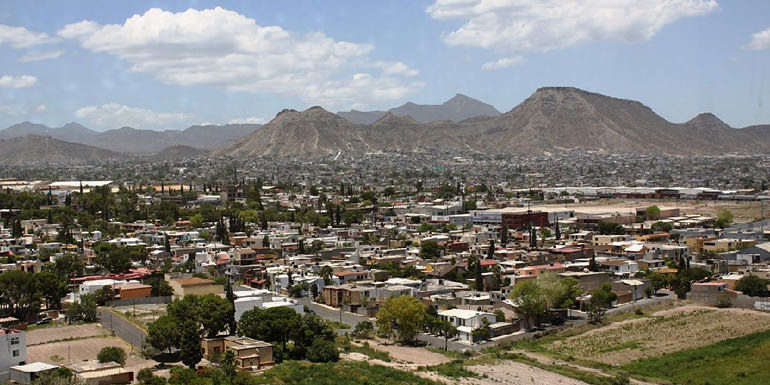 As of the 2005 census, Saltillo had a population of 725,095 people. 823,098 people reside within the metropolitan area, making it the 19th biggest metro area in the country. The metro area comprises the municipalities of Saltillo, Ramos Arizpe, and Arteaga.

El Cerro del Pueblo (The People’s Hill) and its 4-metre (13 ft) cross overlook the city. The city’s elevation, at 1,600 metres (5,200 ft), makes it cooler and windier than the neighboring city of Monterrey.

Saltillo lies near the city of Arteaga and in the Chihuahuan Desert. The city is flanked by the Zapalinamé mountains, which are part of the Sierra Madre Oriental. By looking at the relief of the mountains, one can see, according to local legend, the relief of Zapalinamé, chieftain of the Guachichil tribe.

Saltillo has a semi-arid climate. Saltillo is located in the Chihuahuan Desert but temperatures are cooler than other desert cities in Mexico because it is located in an altitude of 1,600 meters.

Summers are slightly hot with cool nights, and winters are sunny but cool.
Rainfall is scarce but more prominent in summer.

Founded in 1577 by Conquistador Alberto del Canto and Spanish colonists, Saltillo is the oldest post-conquest settlement in northern Mexico.

Fourteen years later in 1591 the Spanish resettled a community of their Tlaxcaltec allies in a separate nearby village (San Esteban de Nueva Tlaxcala), in order to cultivate the land and aid colonization efforts that had stalled in the face of local hostility to the Spanish presence.

Saltillo was a northern commercial center on the northern frontier which served as a bridge from central Mexico to regions farther northeast, Nuevo León, Nuevo Santander, Coahuila, and Texas.

Saltillo supplied the silver mines of Zacatecas with wheat. It never rose to great prominence, but it did develop a commercial core and an agricultural and ranching sector that supplied its own needs, with surpluses that could be sold.

Saltillo became administratively more important at the end of the eighteenth century, with the establishment of a branch of the Royal Treasury. Merchants, most of whom were Iberian-born peninsular Spaniards, constituted the most important economic group, handling a wide variety of goods and sold in shops. They were the provincial branch of the transatlantic merchant sector, with ties to Mexico City merchants. Peninsular merchants in Saltillo married into local elite society, acquired rural properties, and sought local office.

In the late seventeenth century, an annual trade fair was established, with goods from as far away as China and Europe, but also Mexican manufactures and livestock. Saltillo could produce wheat commercially so long as enterprises had access to water, but as with many other parts of the North, drought was a consistent threat. In the eighteenth century, there was a demand for draft animals, which Saltillo could supply.

In 1824, Saltillo was made the capital of the State of Coahuila y Tejas and included the area which is now the U.S. state of Texas until the Texas War of Independence and the founding of the independent Texas Republic.

On 23 October 1840 the Battle of Saltillo took place when 110 Texans and Tejanos crossed the Rio Grande and attacked the city, as part of a campaign to establish the Republic of the Rio Grande, a separatist rebellion in northeastern Mexico which had Texan support.

Alameda Zaragoza, located just west of the downtown plaza, has a pond in the shape of the Mexican Republic.

The Colonial Center of the city is built in pink marble, giving Saltillo’s architecture a distinctive flavor.

Prominent buildings are the cathedral (built from 1745-1800), the Palacio de Gobierno (state government building), the Ateneo Fuente and the Instituto Tecnológico de Saltillo.

The large cathedral is the best example of colonial religious architecture in northeastern Mexico; its facade is mainly Spanish Baroque, with less exuberant areas.

The repository is also a temporal museum. The Casa Purcell (Purcell Manor) is a Victorian style mansion built in the 19th century by Irish merchant William Purcell. Today it is a cultural center.

Next to Casa Purcell, is Banco Purcell which is also a cultural center.

The city has two world-class museums:

The Mirador is an amazing place to observe a panoramic view of the city.

Underground tunnels start in the Catedral de Santiago and end at the city’s limits.

Saltillo Metropolitan Area air traffic is served by Plan de Guadalupe International Airport.
It takes 15 minutes to get from downtown Saltillo to the airport.
It has several flights per day to Mexico City and a daily flight to Houston, Texas.

There is a comprehensive bus system in Saltillo along with many taxis.