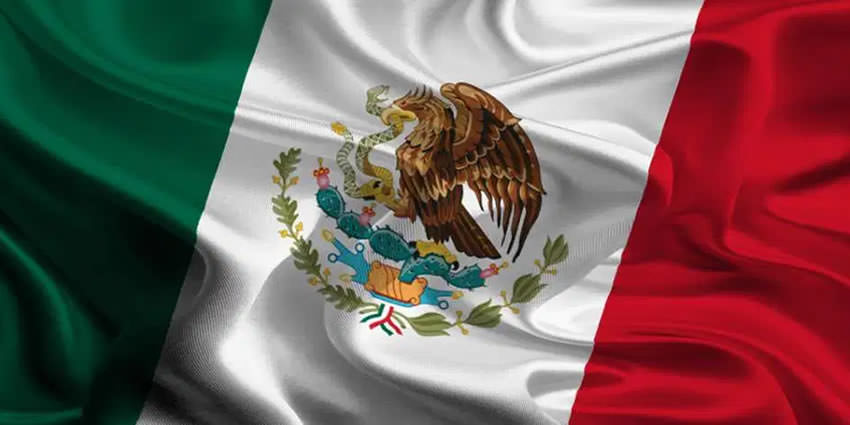 Mexican “Heroic Cities” is a term used to describe several Mexican cities that were recognized for their bravery and resistance against foreign invaders during the Mexican War of Independence and the French Intervention in Mexico.

In 2006, the National Association of Chroniclers of Mexican Cities created the commission in order to collect information about the 35 Mexican cities considered heroic.

To date, the number of Mexican cities that have the word “Heroica” in their names has grown to 45. These cities are considered symbols of Mexican patriotism and are revered for their sacrifices in defense of the country’s independence and sovereignty.

The title “Heroica” (“Heroic”) is granted to those cities that held an important battle of Mexico in wars for Mexican sovereignty or that marked an important era in history.

The wars that are considered to be important in Mexican history and that grant this title are:

The battle needs to represent a big influence on the Mexican side of the war.

For example, the title “Heroica” was granted to Puebla de Zaragoza after the battle of the “5 de mayo” against the French forces, that at that time were considered the strongest army in the world.

A city can receive this name more than once.

The title of “Heroica” is granted by the Mexican President.

The Alvarado town receives the title of “Illustrious” for the defense of the port in 1846 during the American Intervention.

The historic event took place on October 15, 1846, when Alvarado’s patriots rejected the flotilla of the United States of America in the port of Santa Teresa.

In 1957 the State Congress grants the title of “Heroic” to the Illustrious and Generous City and Port of Alvarado.

By decree of 1880 Córdoba was granted the title of Heroica due to the defense before the Spanish royalist forces.

Córdoba received this title from the Legislature of the State of Veracruz with the following text: “The State grants the City of Córdoba the title of Heroica as a consequence of the services rendered by its children for the good of the Nation”.

It refers to the battle of May 21, 1821, in which the Trigarante Army faced the National Army (so-called in the Constitution of Cádiz). The unarmed inhabitants defended the town and contributed to the triumph of the Insurgents.

During the French Intervention, the inhabitants of Cosamaloapan organized themselves into contingents under the command of Manuel Ariza and on April 18, 1866, they defeated 200 Frenchmen in the battle of “Los Bajo de Noroña”, near Cosamaloapan.

On October 14, 2011, through a Cabildo act, Cosamaloapan was named Heroic, Cultured, Noble, and Loyal City.

The decree of October 18, 1977, issued by the governor of Veracruz Rafael Hernández Ochoa, granted Cosoleacaque the category of city and the special title of “Heroic”.

On October 18, 1863, a heroic battle against the French invasion was fought here. Lieutenant Colonel Carrión, with the help of the settlers, confronted 200 French and 200 Conservatives at the entrance to Cosoleacaque.

After a heavy battle, Duboscq, the French commander, was killed and his troops retreated in defeat.

The decree of April 18, 1980, issued by the Governor of Veracruz Agustín Acosta Lagunés granted the name of Heroica to the city of Coscomatepec de Bravo.

In 1903, the town of San Juan Coscomatepec obtained the category of city and the name of Coscomatepec de Bravo in memory of the heroic defense that the insurgent general Nicolás Bravo son of this place made in 1813 during the War of Independence.

By decree of October 18, 1977, Cosoleacaque was granted the category of city and the special title “Heroica” (“Heroic”).

In the decree of October 10, 1878, issued by the governor of Veracruz Luis Mier y Tehrán, it was ordered that Temapache de Gutiérrez Zamora be called a “Heroic City”.

The town of Temapache has the title of Three Times Heroic because it had to face three attacks:

The decree of October 10, 1878, ordered it to be called heroic Temapache de Gutiérrez Zamora.

Tlapacoyan was granted the title of “Heroic” by decree number 142 dated February 15, 1865.

The inhabitants and troops of the National Guard defended the city from Austrian attacks during the French Intervention.

In the monument that was erected in the El Arenal field, is written: “They defended their homeland as loyalists, and when they succumbed they became immortal, generous victims of fate, who does not envy the glory of their death?”

The Heroic City of Veracruz was given this title 4 times:

The title of 4 times heroic was granted by the then president Miguel Alemán Valdés on December 16, 1948.

The first time the title of “Heroic” was granted was in 1826, after the capitulation of the Spanish forces garrisoned in San Juan.

Ulúa was the last Mexican stronghold under Spanish rule after the War of Independence. The fortress was besieged in 1823 after the Iberian forces decided to bombard the port.

Veracruz would receive the title of two and 3 times heroic in 1898, the first of them in commemoration of the attacks it received in 1838, as part of the period called the First French Intervention, better known as the Pastry War.

Both the fort of San Juan de Ulúa and the port of Veracruz were bombarded by the French army on November 21, 1838.

It was recognized as heroic 3 times after being bombed again in 1847, during the Mexican-American War between 1846 and 1848, during the landing process of the contingent of General Winfield Scott, who would later march to Mexico City.

Finally, the fact that Veracruz received the title of 4 times heroic was also thanks to the United States.

In 1914, Woodrow Wilson, then President of the United States, decided to invade the port of Veracruz without declaring war, seizing among other things the customs building.

On April 6, 1857, the church of Nuestra Señora de la Concepción de Caborca was the scene of violent combat when the townspeople of Caborca were besieged in the old mission by a band of American freebooters, led by Henry Crabb.

The filibusters were defeated by the Pápagos (known in the USA as the Tohono Oʼodham native tribe), supported by inhabitants of neighboring municipalities.

The Papago Francisco Javier attacked with incendiary arrows the dynamite deposit of the filibusters, destroying it on the spot, thus reducing the actions of the invaders. Captain Lorenzo Rodríguez commanded the actions of the national winners.

The 1906 strike, which left more than 23 deceased miners, known as “Martyrs of 1906”, was the first armed movement in Mexico, in which more than 2,000 miners participated and which gave rise to the Mexican Revolution.

Authorities decided to bring the Arizona Rangers, but the miners managed to get the Rangers out of Sonora, which earned Cananea the title of Cananea Heroica.

The most important event that has marked the history of this municipality was the Cananea Strike, an act that took place in 1906 when a group of workers from the Cananea Consolidated Copper Company, demanding better wages and working hours fairer, would rise up against the then-foreign owners of the mining company.

Such was its impact that it is considered the largest strike recorded in the mineral, and the beginning of the Mexican Revolution (a fact for which some people call Cananea the “Cradle of the Revolution”). The event left more than 23 dead miners, known as the “Martyrs of 1906”.

In the mid-19th century, Guaymas was the target of several filibusters, or unauthorized military expeditions from foreign nations, designed to foment rebellion.

One was done by the crew of the English sailing vessel “Challenge” and a French ship named La Belle, they intended to take over all of Sonora. The French attacked the city on 13 July 1854, but the port was successfully defended by José María Yáñez.

The national government elevated the town to city status as a reward for this action in 1859.

In 1935, the city and port of Guaymas de Zaragoza were granted the title of Heroica, for the armed action of July 13, 1854, in the defense of the port against the French invasion.

The Heroic City of Nogales is located in the state of Sonora.

On August 27, 1918, an armed conflict arose between the Mexican side and the US side of the border in Nogales, known as the Battle of Both Nogales. As a consequence of this conflict, a fence was erected by the Sonorans.

Plutarco Elías Calles, then governor of Sonora, was a peace negotiator between Mexico and the United States in Nogales in August 1918.

In 1961, the Federal Congress got the city to give the adjective Heroica, thanks to the participation that its population had with that of the defense of the integrity of the Mexican territory.

On September 5, 1998, through the efforts of the then municipal president Manuel Ignacio Espinoza González, it was designated by the H. State Congress with the title of Heroic City.

This title was given in recognition of the heroic day in defense of the liberal republican forces against the French imperialists in the plains of Guadalupe and in Ures, in the old “La Correction” building.

There are 4 heroic cities in the state of Oaxaca.

Tlaxiaco is a city in the state of Oaxaca.
Tlaxiaco was named a hero city on November 23, 1852.
This title was given because of a battle between the French and Mexicans during the second French intervention in Mexico, on the hill “Encantado” (“Enchanted”), the former cede of state powers during the sovereignty of Oaxaca.

The Heroic City of Torreón was named hero city in 2019. The reason was the battle in 1914, where the Northern Division, armed forces under Francisco Villa, triumphed over the city, after two weeks of combat with federal troops.

The Heroic City of Atlixco received its title due to the battle of May 4, 1862, that would precede the battle of Puebla on May 5, 1862, and the “Batallón Libres de Atlixco” (“Free Battalion of Atlixco”) that supported the national army during the strong war of intervention of Mexico-United States.

In 1950 Puebla received the title of Heroica Puebla de Zaragoza.

Heroic to the city of Matamoros located in the state of Tamaulipas.

On October 21, 1863, Ángel Albino Corzo, along with the people of Chiapa de Corzo heroically defended this city, against the conservative forces of the Second Mexican Empire.

It is for this Action that in 2008, the slogan was declared that declares the city as “the Heroic Chiapa de Corzo”, due to the great support of the people who fought for national sovereignty.

Cuautla was designated a Heroic City on April 4, 1829