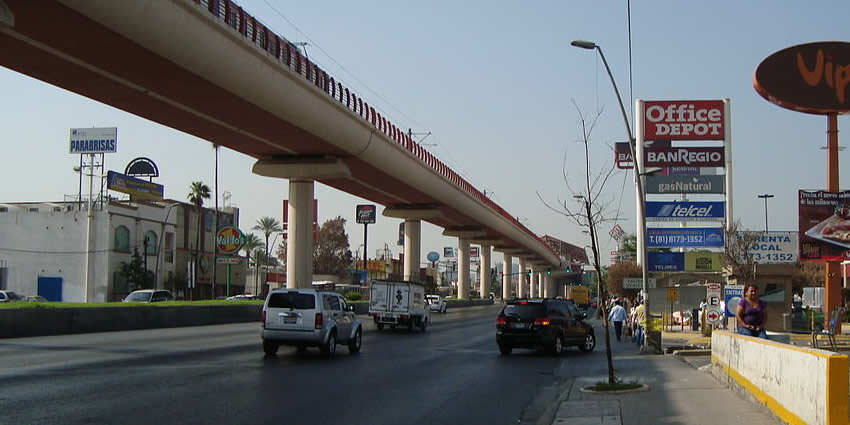 San Nicolás de los Garza, sometimes known only as San Nicolás, is a city and coextensive municipality in the Mexican state of Nuevo León that is part of the Monterrey Metropolitan area.

It has become primarily a city for residencies and family houses, although it still has several factories that tend to relocate to the periphery of the metropolitan area. It is the third-largest city in the state, behind Monterrey and Guadalupe.

San Nicolás, although less populated than Monterrey, has the higher population density.

The first people that inhabited the terrain were Amerindian, mostly nomads. They were the Alazapas, the Ayalas and the Alincheños.

San Nicolás was founded right after Monterrey, when Diego de Montemayor granted permission to inhabit the area to his secretary, Diego Díaz de Berlanga; Pedro de Iñigo; Domingo Manuel; and D. Pedro de la Garza. The members of these families are considered the first settlers of the city.

Diego Díaz de Berlanga was the person that redacted Monterrey’s Foundation Act, and authorized the first land permissions to its first settlers.

In 1830 the area was declared to the category of village, with the name of San Nicolás de los Garza, in honor of the patron saint of the town. On 12 May 1970 it was declared a city.

In the first part of the 20th century, several important Mexican companies built factories in the municipality, making San Nicolás primarily an industrial center. Companies like Cemex (concrete), Vitro (glass), Peñoles and Hylsa (steel) were known for their large facilities in the city.

In the 1970s, San Nicolás increased its reputation as a good place to live, and the municipality experienced a tide of house construction. This house construction boom was possible because there were a lot of lands available within the territory of the city. In the 1980s several industrial facilities moved to other municipalities, mainly to Apodaca, which is still within the Monterrey Metropolitan Area, but farther from downtown.

At the end of the 1980s and beginning of the 1990s, huge commercial centers or malls were constructed to serve the large population. The first economic activity became commerce instead of industrial production. The most important malls are La Fe (east), Citadel (east), Las Plazas Outlet (northwest), Plaza Fiesta Anahuac (south), Sendero (North) and Universidad Avenue. The city count with several commercial centers in construction.