How safe is Cancun during hurricane season? 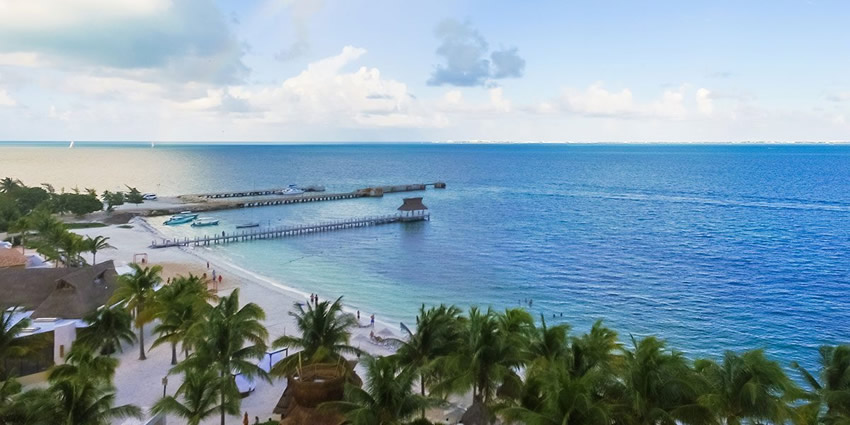 Given the fact that tropical storms like hurricanes have the potential to create major damage when they are forceful, they should always be taken seriously. Hurricane season, however, should not get in the way of much-needed vacation in Mexico, particularly if you are considering a visit to Cancun.

Home to some of the most breathtaking beaches along the Mexican Caribbean, Cancun has been blessed to avoid much damage from hurricanes.  In fact, the coastal city has only been hit by two major hurricanes (Gilbert and Wilma, respectively), which were 17 years apart.

This means the likelihood that a hurricane might hit during your vacation is very slim.

When is hurricane season in Cancun?

Hurricane season begins in June and runs through November, though storms are more prevalent between August and October. Of course, a hurricane watch should always be noted, and if you are in the area, follow all warnings and evacuation procedures as officials issue them.

One of the smartest precautions you can personally take is to purchase trip insurance in case your vacation plans have to change due to storm activity. With hurricane season comes rain, but it often appears as just a passing shower, allowing you to get on with the fun of your vacation.

Quintana Roo, along with other states of the Mexican Republic, unfolds many security measures to maintain people’s safety.

Perks of vacationing during hurricane season

As one of the most popular tourist destinations in Mexico, Cancun can feel a bit crowded at peak travel times.

However, hurricane season is a great time to plan your trip if you are searching for a quieter vacation because occupancy rates are typically lower. You will be able to truly relax with fewer people around.

This also means that there are travel bargains to discover, from room upgrades to discounted rates.

With today’s modern advances in technology, meteorologists are able to more accurately predict and track storms. This allows them to warn both tourists and locals far in advance of any storm activity that has the potential to hit land.

Cancun has been very fortunate to receive very few major hurricanes, but it is still crucial to heed any warnings put out by officials in order to keep everyone out of danger. There are times when mandatory evacuations are put into place so that visitors and residents remain as safe as possible.

Even when tropical storms and hurricanes don’t strike land, they can bring heavy rainfall and high winds that can cause flooding. Fortunately, taking the necessary precautions during these situations keeps things from becoming dangerous.