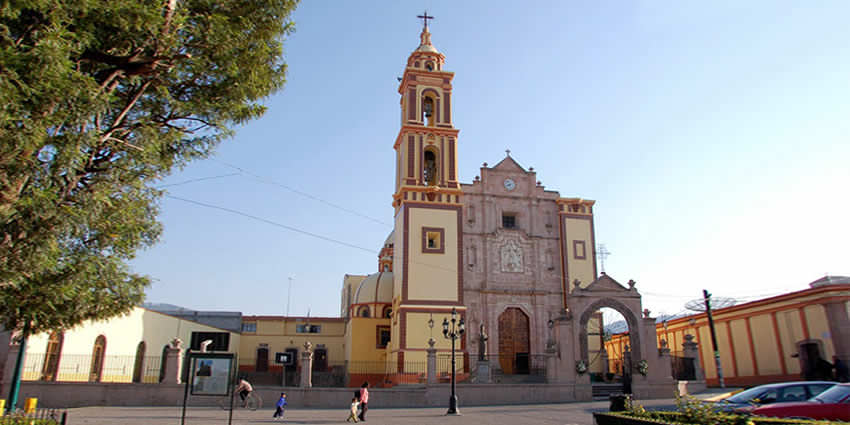 Tlaxco is a town and municipal seat in Tlaxcala, Mexico.
Tlaxco was designated a “pueblo mágico” (“magic village”) by Mexico’s Secretariat of Tourism in 2015.

The highest point in the municipality is the Cerro Peñas Coloradas with an elevation of 3360 metres (11,020 ft) above sea level.

The Zahuapan River and its tributaries drain the central-eastern part of the municipality.

Tlaxco’s climate is temperate sub-humid with the warmest months being March through May.
June through September are the months with the most rain.
Average annual precipitation ranges between 600 and 900 millimetres.

Tlaxco in nahuatl means “place of the ball game”.

From 650 to 850 AD, northern Tlaxcala experienced a period of political instability known as the Acopinalco Complex, during which many different cultural groups competed for control over the area.

By 900 AD a group of Huastec or Otomi people had prevailed, and subsequent cultural homogenization resulted in formation of the Tlaxco culture which would later become associated with the city of Tliliuhquitepec.

Franciscans had arrived in Tlaxco by 1614, which was then part of the municipality of Atlangatepec.
After 1820 Tlaxco began to exist as a separate administrative division of Tlaxcala, with only minor interruptions.

By the end of the 19th century, Tlaxco had become an important centre for the production of pulque.

The modern municipality of Tlaxco was established on 29 August 1945 with the publication of the Organic Law of Municipalities in the State of Tlaxcala.