Legend of the Lane of the Kiss in Guanajuato 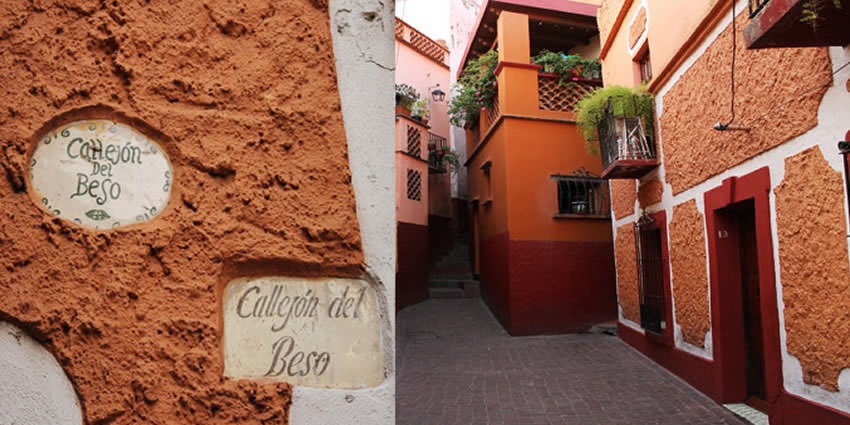 The urban legends of Guanajuato

One of Guanajuato’s most famous streets is the Callejón del Beso or Kissing Lane, so named as it is narrow enough to allow a loving couple to kiss from windows on opposite sides.

El Callejon Del Beso (The Lane of the Kiss)

This is a sad love story about Carmen and Luis, two young people who lived and died in Guanajuato.

She was as beautiful and pure as an angel, about 20, lovely and single. He was handsome, about 28, tan, and tall with an arrogant demeanor, adorned with the best moral qualities, hard-working, and honest.

Under those conditions, Luis met Carmen, and as soon as they saw each other, they fell in love. From that moment Luis went frequently in the evening to Carmen’s house after work.

And she, with the same feelings, stood on her balcony, beautiful as Dulcinea, white, with big and expressive eyes, in a beautiful and unique manila dress that her father gave her, so when Luis passed by her house she gave him a beautiful smile.

So the weeks passed by until Luis dared to greet her and the young lady accepted his greeting with a gentle smile. The next day he started a conversation, shy at the beginning, but polite, as any courtship, after that like any couple of lovers with, love phrases and promises.

They quickly started to think of a big wedding, blessed by her mother Madame Matilde, a virtuous and dignified mother that had accepted the relationship between her daughter Carmen and Luis.

But Carmen’s father did not approve of it, because he had already planned to marry Ana to a friend of his, which was rich and lived on backing Spain.

So Madame Matilde thought that the relationship between Carmen and Luis would probably end, and she decided to tell her husband about the casual meetings that Carmen and Luis had on Carmen’s balcony.

One day Carmen’s father saw the two lovers talking, and he forbade Luis from seeing his daughter, also threatening to send Carmen to a convent if she continued seeing Luis. 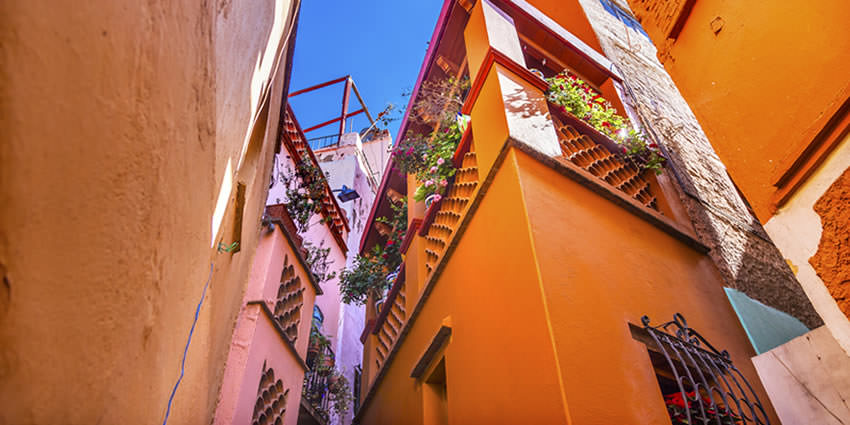 Neither Carmen nor Luis accepted the attitude that Carmen’s father took, so Luis decided to reestablish their relationship behind Carmen’s father’s back.

Luis planned to rent a room in the house next door where there was a balcony in front of her balcony in which they could talk without being seen, so they could plan a way to escape and be happy.

So the weeks passed by, hiding their courtship from the sun. They only looked at each other in the moonlight from their balconies while Carmen’s father slept.

Unfortunately, tragedy came. One night Carmen’s father woke up and took a knife from his bureau and in blind fury walked to the balcony of his daughter, he surprised his daughter and buried the knife into her chest.

She died in her lover’s arms in the white moonlight. Luis took his lover’s white hand and two tears fell down. With a big kiss, Luis said goodbye to his eternal love, Carmen, who died on the Alley of the kiss.