Best things to do in Mexico City and around 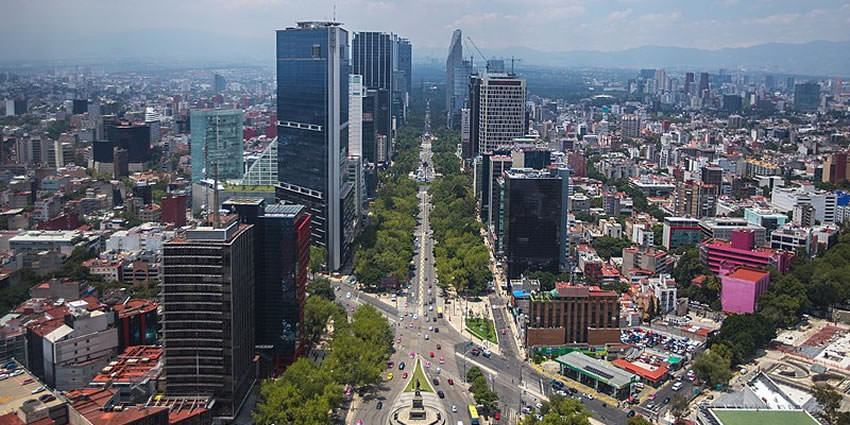 The almost immeasurable Mexico City, (formerly better known as DF (although renamed CDMX) is the paradigm to define the bonanzas and defects of the entire country.

The ancient Tenochtitlan often wakes up covered by the fog of pollution, and always, at almost any hour pierced by the coming and going of millions of cars that move from top to bottom like ants.

Due to its dimensions almost more than a city, it seems like a small province, with population growth and voracious geographic expansion, unsustainable and ungovernable by the authorities who do not seem to understand what it means.

Mexico City is the city of museums

Mexico City is overflowing with art in abundance, and the cultural interest in all kinds of art is reflected in the city’s many museums.

The interest and importance are very logical, so in no way don’t miss the visit to the Anthropological Museum, an immense selection of unique pieces about pre-Columbian cultures.

Anthropological Museum is the right place where you will learn about the history, culture, and architecture of the Aztec, Mayan, Toltec and Otomí peoples.

The Anthropological Museum is located in the Chapultepec Forest, a gigantic 850-hectare lung and museum park where you also find the following museums:

Museo del Caracol functions as a didactic introductory space to the history of Mexico, the Museum of Modern Art, and the Rufino Tamayo Museum of Contemporary Art has exceptional works by the Oaxacan painter and other illustrious ones such as Chirico, Picasso or Warhol.

Above the Chapultepec forest, you will find the Polanco neighborhood, where the Soumaya Museum acts as a cultural hub.

The Soumaya building, the work of the Mexican architect Fernando Romero, is worth a good photoshoot.

Walking towards the Zócalo you will find a selection of interesting museums such as the Museum of Memory and Tolerance in the Plaza de la Alameda, modern and different, by showing us History not as the past, but as an example of how we should understand the future, interpreting the atrocities committed in conflicts around the world.

At the other end of the Palacio de Bellas Artes (Palace of Fine Arts), there is Franz Mayer Museum, and one block to the south, there is a colorful Museum of Popular Art, whose masks, dresses, and objects bring us closer to extraordinarily rich and varied folklore.

To the south of CDMX, in the lively neighborhood of Coyoacán, we find another great concentration of museums, some among the most visited in Mexico such as the Frida Kahlo House Museum.

Three other recommended museums are:

Always linked to the peculiar Mexican artist, in the San Ángel neighborhood are the Diego Rivera and Frida Kahlo Casa Estudio Museum, with the Casa Azul and Casa Rosa buildings, linked by the bridge, necessary to contextualize the furious but productive relationship between these two geniuses.

Diego Rivera created his own space where to display the collection of pre-Columbian art that he collected throughout his life and that you will find in the Diego Rivera-Anahuacalli Museum, which we find south of Coyoacán, following the artery from Calzada de Tlalpan.

To complete the route of the “strange couple” we can continue further south, to Xochimilco, to go to the Dolores Olmedo Museum, patron of Diego and Frida, and whose legacy is exhibited in a beautiful hacienda full of beautiful peacocks.

What to see in Mexico City and around?

The Historic Center with the Zócalo esplanade could be considered the nerve center of Mexico City, reality shows us that wherever we go, the city throbs with people, hustle and bustle, and life.

Zócalo is the third in dimensions in the world. On one side the National Palace is elegant and a necessary visit to almost read the History of Mexico with the murals by Diego Rivera that relate the important moments of the creation of the Mexican nation.

In the northern part of the Zócalo stands the other great building on the esplanade, the Metropolitan Cathedral, immense, majestic and whose temporary construction arc, which spans from 1573 to 1813, makes it almost unclassifiable in terms of style.

The baroque façade looks out onto the Zócalo with the Metropolitan Tabernacle attached.

Behind the cathedral, leaving the Zócalo, the Templo Mayor of Huitzilopochtli passed almost hidden for centuries, a ceremonial site and today an interesting museum that clarifies what the appearance of Tenochtitlan, the city on the lagoon, was like.

Walking west from the Zócalo, that is, towards Chapultepec, you can choose between Tacuba or Avenida Madero streets to stop at some famous buildings, such as the Esmeralda Building (headquarters of the Estanquillo Museum), the Iturbide Palace and the Casa de los Azulejos in the first street or the Palacio de la Minería y Correos in the second.

Before reaching the avenue, you will see the Latin American Tower, which is 160 meters tall and was for a long time the tallest and most charismatic building. You can go up to its viewpoint to get a wonderful view of Mexico City.

The Palace of Fine Arts, in the Plaza de la Alameda, is home to the homonymous museum and the National Museum of Architecture. The work of the Italian architect Adamo Boari during the Porfiriato, at the beginning of the 20th century, the performance of the National Folkloric Ballet is one of the most impressive shows in the capital, showing the typical dances of each region of Mexico.

Just a step away, and hardly perceptible to the eye, is the Diego Rivera Mural Museum, known as the Alameda Museum, which was moved here after the 1985 earthquake from the Hotel del Prado, its original location. Dense and loaded with historical allusions, the mural reflects everyday life in Alameda Park.

From the Alameda, if we cross some streets to the north we can find Plaza Garibaldi, where the Mariachis sing their rancheras.

To the south of the Alameda, on a getaway, Mercado de San Juan appears, where you can find any condiment in the world. Although it is becoming more and more touristy, it has not lost that traditional market charm.

In the Plaza de la República, between the great avenues of Insurgentes and Reforma, you can see the Monument of the Revolution. This monument was actually going to be part of the central body of a gigantic Capitol for Parliament.

It is worth knowing its history in the small museum that shows us the exaggerated architectural pretensions that motivated its construction. The panoramic elevator allows us to go up to see the Plaza de la Revolución and some nearby buildings from the top, such as the Jai Alai fronton.

Once you reach Paseo de la Reforma, the avenue becomes wide and busy, leading us through a boulevard built in the time of Maximilian I in the Parisian style, in which the sculptures of Colón, Cuacuhtémoc, the Angel of Independence, and Diana the Huntress following one after another.

In the Chapultepec forest, in addition to the aforementioned museums, thousands of people escape from the madding crowd and traffic to spend a few hours in the lush forest.

The zoo and the lake with its rowboats are two of the areas where people concentrate, who also go to ride their bikes, run or rollerblade and escape for a while from the noise of Mexico City.

Quite a bit further south, without leaving the great avenue of Insurgentes, you can see the Polyforum Siqueiros.

This great work of David Alfaro Siqueiros is recognized as the largest in the world. Its interior is harmonized by the light show that tells us the history of this work of art.

In Xochimilco, the jovial atmosphere reigns. This “Mexican Venice” is the only thing that remains of the extensive lake where the pre-Columbian city was based.

The Ciudad Universitaria is also postulated as a good place to spend a morning getting to know some of its charms, among which are the Olympic Stadium, the site of the 1968 games in Mexico City, the Universum or Museum of Sciences, the Rectory Building of the UNAM, or the Nezahualcoyotl room where you can listen to some of the best classical music concerts in America.

If you have more time, you should not miss a visit to the Antiguo Colegio de San Ildefonso, where there is a selection of murals, including the first one painted by Diego Rivera, Cineteca Nacional or the National Auditorium.

In addition to the museums, there are countless free excursions that range from simply walking the streets, squares, and parks of Mexico City, photographing the monuments, or the thousand curious pictures that a city in constant movement offers us.

At night the most popular neighborhoods such as Colonia Roma or La Condesa roar with the Mexican march, a party for all audiences and until dawn.

Coyoacán offers restaurants of any gastronomy in the world, in a pleasant atmosphere where you can walk around having ice cream with the moon as a witness.

How to get around Mexico City is one of the main questions for every traveler who comes to the capital. And it should not be neglected because it is vital both save time and to avoid dangerous situations.

Mexico City is so big that we have to think twice about the distance before we dare to walk. On the other hand, there are areas where it is not recommended to walk, and public transport or taxi can save us time and provide us with more security.

The metro offers a very extensive network of lines. Its economic price makes it the best option for long trips. Each metro station is assigned an icon that identifies it, which gives it an original touch.

There are parts of the platform for the exclusive use of women and minors, clearly identified and often coordinated by the police, which serve to scare off abusers.

For when the subway does not offer us a comfortable option due to the distance from stations, buses (here called trucks) or light rail can help us connect our origin and destination. It should be borne in mind that public buses suffer the same problem as cars and taxis, that is, overwhelming traffic with insufferable traffic jams.

There are small vans, known as peseras or combis that cover a multitude of routes, and are an alternative to buses.

The taxi is something very recurrent, useful to link parts of the city that the subway does not cover, or that need several connections.

The old fleet of green and white “bocho” (Volkswagen beetle) taxis has been replaced by new maroon and gold models, and more recently pink and white, more modern and less polluting.

Accommodation and hotels in Mexico City

Mexico City has hotels for all tastes, with accommodations spread throughout the city. The normal thing is to stay in accommodations located in the center, near the Zócalo, or next to the large avenues such as Reforma or Insurgentes.

Another option is to look for accommodation in the Coyoacán neighborhood, quiet, safe, and with many attractions.