Tipping in Mexico: when and how much to tip? 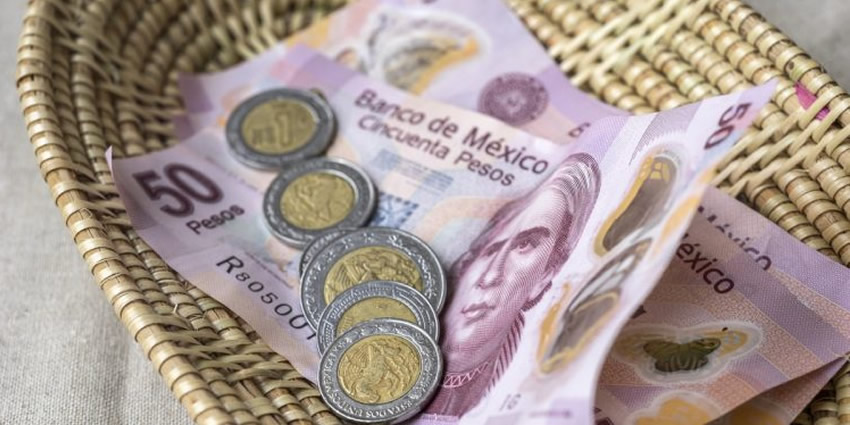 Tipping etiquette in Mexico – How much should you tip?

The tipping ritual is so commonplace that it also plays a significant role in Mexico’s informal, cash-driven economy.

Mexico’s tipping culture is impromptu and often spontaneous. Tipping is always optional although the people serving you will appreciate the small token of your appreciation in exchange for good service.

Why do you need to tip in Mexican pesos, and not in foreign currency?

The rules and regulations for exchanging foreign currency have been tightened up. For example, currency exchange houses now routinely demand to see a passport to change even small amounts of money, and not everyone here has a passport.

Foreign coins are non-exchangeable and should never be left as tips. Always tip in cash, using Mexican pesos.

It is highly recommended to leave a tip, especially in a country like Mexico because salaries are very low, leaving between 10 and 15 percent is quite acceptable,” although it is true that in the end, it will depend on your consumption.

Common situations where tipping is practiced

In Mexico, “la propina” (“tips”) is employed in all kinds of everyday situations. Here are some examples, followed by a link to our guide that gives a more comprehensive list of situations where you should consider tipping:

Eating and drinking out: Waiters working at restaurants and bars should always be tipped for good service; a sum equivalent to 10-15% of the total bill is appropriate.

Taxi drivers: Local cabbies and App Cab drivers (e.g. Uber, Cabify, Didi) appreciate a tip. Consider rounding up the fare on the meter from a street cab to the nearest $5 or $10 pesos; app-cab apps now allow you to add a tip at the end of your journey, or you can pay the driver a tip in cash.

Hotel stays: When you stay at a hotel in Mexico it’s customary in Mexico to leave a tip for your hotel room chambermaid, a sum between $1 USD and $5 USD (equivalent to Mexican pesos), for each night’s stay spent at the hotel.

If you’re staying more than one night, it’s a good idea to leave the tip daily as chambermaids work on a rota.

Car parking and valet: Car parks in Mexico’s bigger towns and cities are oftentimes kept under vigil by men (and occasionally women) who ‘patrol’ the car park, helping drivers to find a free space, keeping an eye on the cars, and helping drivers to reverse out when they leave.

It’s optional, but customary, to pay 2-5 pesos as you depart. If your car is attended by a valet service, a small tip of 10-20 pesos to the valet attendant, commensurate with the class of the establishment, is expected.

Home deliveries: When you have goods or services delivered to your home, it’s customary to tip the service providers. Examples include gas deliveries, water bottle deliveries, supermarket deliveries, and postal and courier services. Usually, 10-20 pesos are sufficient.

Other situations when you should tip

Other ‘informal’ situations where a tip is a customary include the porter at the hotel who carried your bags; the concierge for booking a table at a local restaurant or who arranged a taxi for you.

The person who washed your windscreen at the stop-light; the attendant at a gasoline station; the person (usually a student or retiree) packing your groceries at the local supermarket; and attendants keeping washrooms/restrooms clean (provided you did not pay to enter the facility.)

A footnote about small change

Ironically, despite the constant need to pay tips small change can sometimes be difficult to get hold of in Mexico when you need it most and appears in abundance when you don’t need any.

It’s good practice to build up a cache of small change as you shop. If you’re staying at a hotel or resort, the front desk can break larger notes into small bills and coins for you: the 20 peso bill is popular for tipping at hotel resorts.