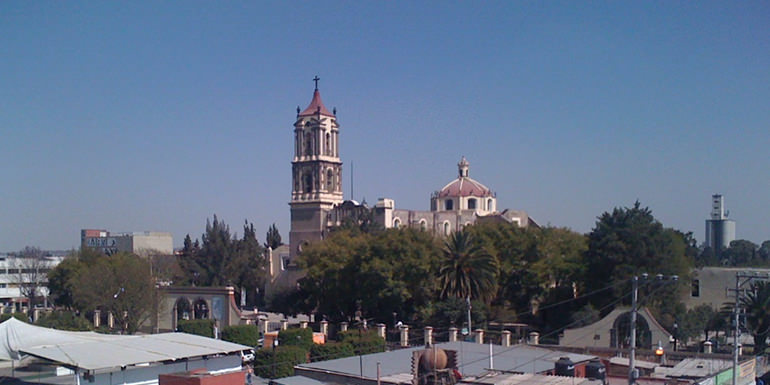 Cuautitlán is a city and municipality in the State of Mexico, just north of the northern tip of the Federal District (Distrito Federal) within the Greater Mexico City urban area. The city has engulfed most of the municipality, making the two synonymous.

In the Mexican national intermediary census (conteo) of 2005, the municipality recorded an overall population of census population of 110,345. The great majority of these inhabitants—some 97,686 people—resided in the urban confines of the city of Cuautitlán itself.

The name comes from Nahuatl and means ‘between the trees.’

Cuautitlán began as a Chichimeca village around the 14th century. It was dominated by Tlacopan before being conquered by the Mexica and made part of the Aztec empire.

After the Conquest, Cuautitlán was evangelized by the Franciscans. They constructed San Buenaventura monastery and established the brotherhood of the Purísima Concepción de Nuestra Señora de Cuautitlán.

Saint Juan Diego (1474–1548) reputedly lived there with his wife Maria Lucia up to the time of her death in 1529. They lived there in a one-roomed mud house thatched with corn stalks. The house still survives in a good state of preservation. Cuautitlán gained city status in 1968.