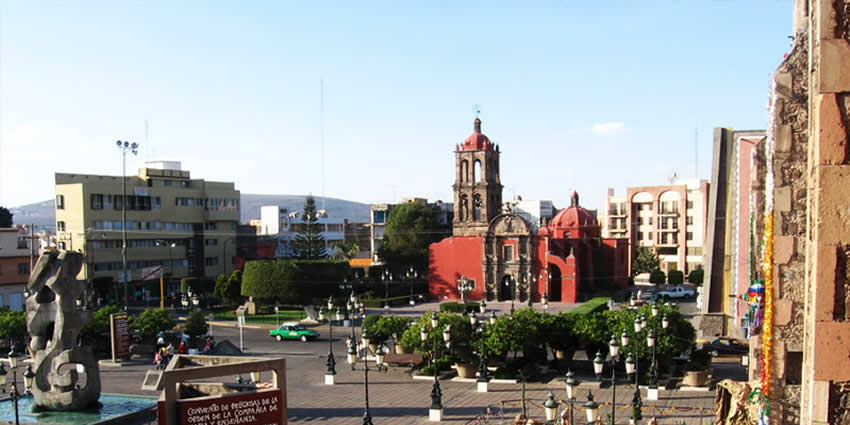 Valle de Santiago is a municipality in the Mexican state of Guanajuato, and also the name of its largest township and municipal seat.

The municipality is located in the southern portion of the state in the Bajío region of central Mexico, and has an area of some 820.1 square kilometres (316.6 sq mi).

The city of Valle de Santiago lies at an elevation of 1,744 metres (5,722 ft) in the east-central part of the municipality, approximately 90 kilometres (56 mi) south of the state capital, Guanajuato.
The height above sea level is 1723 meters.

When the spaniards and the indigenous allies arrived to this valley – precisely on July 25, 1562, the day that Santiago Apóstol was celebrated in the Catholic liturgy – the area was inhabited by “a mixture of Otomíes, Chichimecas and Purépechas”. The predominant group, apparently, was that of chichimecas-pames.

Its autochthonous name was Camémbaro that in purépecha means “place of absinthe or estafiate”. By the way, the europeans used to say to the estafiate the “Mexican wormwood” because of the resemblance to that one but, really, it is not absinthe. Another name that this plant receives is altamisa and is used in traditional herbal medicine mainly against digestive diseases: diarrhea, dysentery, parasites and colic.