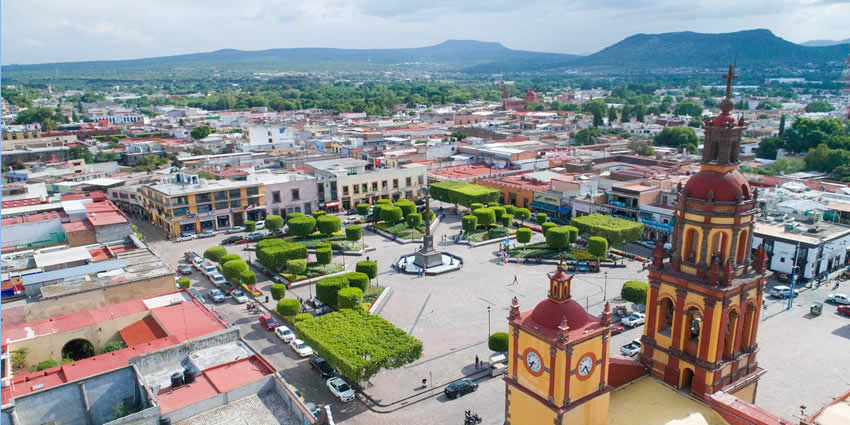 It is on the country’s central plateau (altiplano), 50 km (31 mi) southeast of state capital, Santiago de Querétaro, at elevation of 1922 m.

Famous for its opals, mined at nearby La Trinidad, it is also an agricultural center (corn, wheat, sugarcane, beans, alfalfa, fruit, and livestock) and has some light industry.
A number of wineries are also located in the vicinity.

It is connected to Santiago de Querétaro and Mexico City by the mainline freight railway and Federal Highway.

The city was founded on the Feast of Saint John the Baptist June 24, 1531 by Fernado de Tapia, an Otomí chieftain that converted to Catholicism and dropped his Native name Conín.

San Juan was one of the first Spanish settlements outside the Valley of Mexico and thus marked the beginning of the colonisation of Northern and Western Mexico, including the city of Querétaro which was founded one month later.

The settlement became important since it was an obliged stop en route to the rich mining regions of Guanajuato, Zacatecas and San Luis Potosí.

Puente de la Historia (“Bridge of History”) is the stone bridge construction started on the 9th of February 1710 by the Mexican architect Pedro de Arrieta.

The bridge was completed on the 23rd of January 1711 and soon became the most transited bridge in Mexico as it was the main connection between Mexico City and the northern states.

The bridge has a greater historical importance as it was the main way to get to Mexico City for all of those who fought during the Mexican Independence and Mexican Revolution.