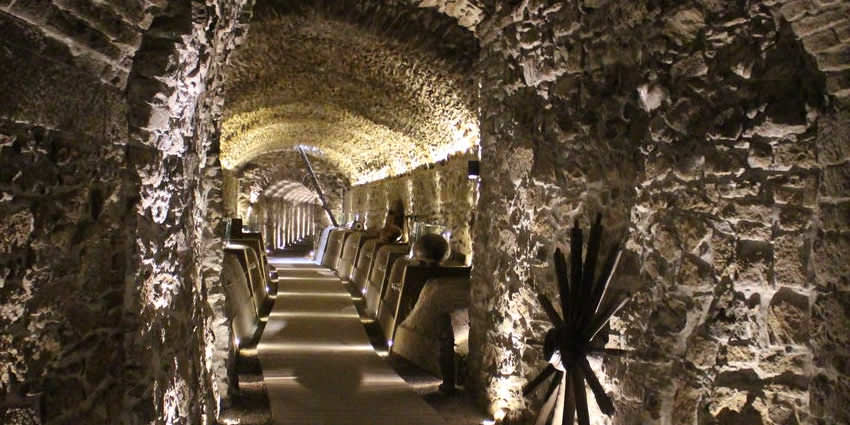 Many Mexican cities have legends about secret tunnels lying just beneath the streets, used during the revolution either by royalty or even during the inquisition. Grandparents would tell these folk stories to children. The discovery of the Puebla tunnel in 2015 lends some credence to these urban legends.

In the alley of Cinco de Mayo Road, there’s a doorway leading underground that looks to be an entrance to a subway. But in Puebla, there are no subways. It is, in fact, the tiny entrance to a recently discovered secret of the city, a tunnel system used to connect a fort with the baroque city of Puebla.

A 500-year-old series of tunnels long believed to be folkloric was uncovered beneath the streets of Puebla. The tunnel system is believed to extend for more than 10 kilometers.

The entrances to four tunnels have been discovered during routine work in 2015 in the city’s historic center. Lined with stone, the tunnels reach a height of seven meters and a width of three and a half.

The underground tunnel system dates back to 1531, they have resisted the passage of time, the weight of an ever-growing city and a severe flood in the 1600s.

That flood buried a good part of the then-young city — Puebla was founded in 1531 — because it proved easier for its denizens to build over the tonnes of mud than to dig out their original buildings. So parts of the city and its mythical tunnels were lost and forgotten.

At first, it was thought that what had been uncovered was a sewage system, but after further excavations, it was found out these tunnels provided colonial officials and religious authorities with covert means of moving between convents, churches and administrative offices.

Tunnels, tall enough that a person could comfortably ride through on horseback, originates in the historic center of Puebla and lets out to the Loreto fort, where the Cinco de Mayo battle occurred.

Along with toys, marbles, and antique kitchen goods, a lot of guns, bullets, and gunpowder were found trapped in the mud. The weaponry was mostly from the mid-19th century, around the time of the Battle of Puebla conflict between Mexico and France.

The tour across the tunnel includes a guided visit by archaeologists who worked in the project and displays where one can see the items that lay in the mud for so long.

The tunnel museum is known as “Secrets of Puebla”, an apt name for the mysterious tunnels that lay hidden beneath the city for so long.