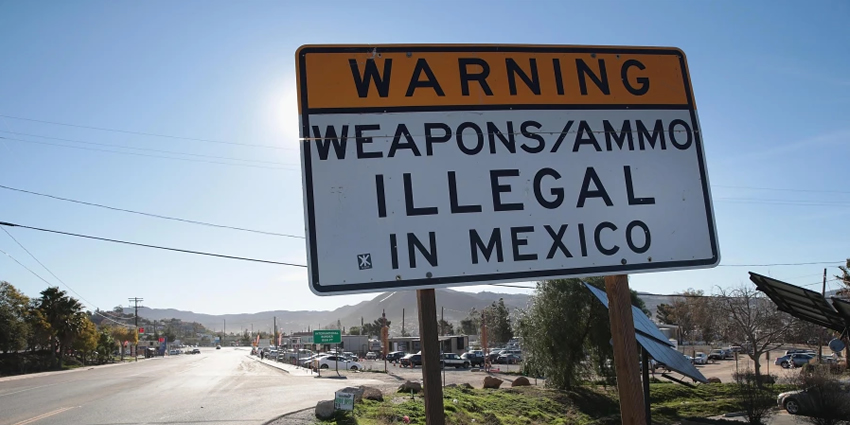 The Mexican Constitution states that the citizens of Mexico have the right to keep a weapon at home for security and self-defense, except in cases specified by the Federal Law against firearms and explosives.

The Federal Law defines the cases, conditions, requirements, and places in which Mexicans have the right to own weapons.

The action of the law does NOT apply to citizens of Mexico only. Permanent residents of Mexico also have the right to obtain a permit to own firearms. In practice, getting a permit without being a citizen of Mexico is extremely difficult.

Tourists can only get permission to temporarily import firearms only if they have a confirmed invitation from a hunting or shooting club in Mexico (for example, for a competition event).

For temporary residents of Mexico, the law is not very clear, but most likely the same rules are applied as rules for permanent residents.

In order to legally own firearms in Mexico, it is necessary to realize certain requirements.

You must provide the following documents:

The applicant must submit a “Letter of Honest Living” (“Modo Honesto de Vivir”), signed by the employer. If the applicant is self-employed, such a letter must be signed by the president of the municipality of the place of residence or the mayor (in Mexico City).

The applicant also must submit the original document in the absence of a criminal trial. Such a document must be obtained from the National Security Mission in Mexico City.

The applicant must also provide certificates of the absence of dependence on narcotics, or the use of psychoactive drugs.

Explain the necessity of firearms owning

The law specifies that the applicant must justify the need to carry firearms due to the nature of his activities or due to special circumstances of the place of residence. Or other solid reasons to justify such a need.

After consideration of all the documents in the Ministries of the National Economy of Mexico, within 50 days, makes a decision on the issuance or refusal to issue a license to the government.

The standard license allows the possession and use of weapons for self-defense only and just within the home area. This license does not give the right to carry a weapon freely.

In case you need the right to carry a fire gun, you must obtain another license but must give a solid reason for such a need. Such type of licenses is not available to ordinary citizens.

For transportation of any kind of weapon, including hunting weapons or weapons for personal use, it is necessary to obtain a corresponding permit. The items must be disassembled and packaged properly.

If you want to get a license to own a gun, you need to submit confirmation of active membership in the hunting or shooting club. The document must have an expiration date for membership.

Firearms in Mexico: Permits and Information

Where to get a license and buy a weapon in Mexico

The license can be obtained from the Ministry of National Security (Sedena), in the Main Directorate of the Control for Firearms and Explosive Substances, located in Mexico City.

In Mexico, you can buy a weapon only in DCAM (Arms and Ammunition Marketing Department) which is located in Mexico City.

After the purchase, you must register in the DCAM mobile application.

Types and calibers of firearms are listed in each of the relevant articles of the Federal law for each type of license.

At the same time, collectors can own such types of weapons, which are prohibited from owning to ordinary Mexican citizens or members of hunting and (target) shooting clubs.

In regard to what type of firearms are permitted, the Federal Law of Firearms and Explosives states that Mexicans can keep or carry, under the terms and limitations established by this law, weapons of the following characteristics:

Left excepted are calibers .38 Super and .38 commander, and also calibers 9mm, such as Mauser, Luger, etc., as well as similar models of the same caliber of the excepted, from other brands.

Revolver gun of calibers no greater than .38 Special, left excepted is caliber .357 magnum.

Land tenure owners, common land owners, and farmworkers outside urban zones, may keep and carry, upon registration, one weapon of those already mentioned, or a .22 caliber rifle, or a shotgun of any caliber.