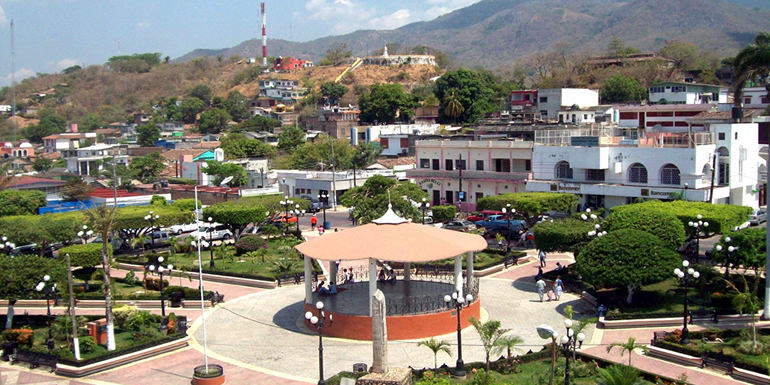 Tonalá is a city and municipality within the Guadalajara Metropolitan Area in the state of Jalisco in Mexico.

With a population of 374,258, it is the fourth largest city in the state, the other three being the other major population centres in the metro area: Guadalajara, Zapopan, and Tlaquepaque.

It is best known as a major handcrafts center for Jalisco, especially pottery, as well as its very large Thursday and Sunday street market, dedicated to handcrafts.

The town of Tonalá has not been geared for tourists in the sense of hotels, restaurant and scenic streets. Despite this, it received thousands of visitors each week, most drawn by the street market or “tianguis” that is set up each Thursday and Sunday. This market is centered on the town main road for about a kilometer, and spills into adjoining side streets. This market can have from between 3,500 and 4,000 vendors, especially during the Christmas and Holy Week holidays when tourism is highest in Mexico.

The municipality is located in the eastern part of the state. With an average altitude of 1.500 meters above sea level, the territory has three kinds of relief: areas of rugged terrain, semi flat and flat areas. The main elevations are the Cerro Cúpula de la Reina, and Xólotl, both 1,720 meters above sea level.

The climate is semi dry with the driest months in the winter and spring. It is semi-warm without a well-defined winter with about six days a year with temperatures at freezing or below. Most of the annual rainfall, 900mm, falls between July and October. Dominant winds are from the east.

The main river is the Santiago originally called the Cichnahuay, which flows in the west and north of the territory. Tributary streams include the Popul, Las Jicamas and Agua Amarilla, all located in the east of the municipality. There are also dams called La Rusia, De Sermeño and El Ocotillo, with the Colimilla on the Santiago River itself. The Santiago River carves one of the main natural attractions of the municipality, the Colimilla Ravine. The municipal has also been known for thermal springs, said to have curative powers, since the colonial period. The main thermal spring today are those of Agua Caliente.

The municipality contains 420 hectares of forest that contains mostly huizache, mesquite, holm oak and oak. Most of the vegetation is deciduous, with leaves falling during the dry season and scrub plants.

Wildlife is mostly limited to the ravines and include various rodents, skunks, deer, wildcats, armadillos, opossums and various bird species.

The name comes from the Nahuatl phrase Tonallán, which means where the sun rises.” The town approved its seal in 1985, designed by Rogelio Contreras Colina.

The town started as a Zapotec settlement, which latter incorporated Toltec and Nahua migrants, leaning to a blending of cultures. Another influence were the nomadic Cocos and Tecuexes, who also lived in the area. Religious practice focused on gods such as Teoplizintli (child god), Heri (sciences) and Nayart (god of war), along with Tenaguachi and Tezcatipoca.

During the Salitre War in 1510, the Purépecha invaded the area, which at that time was a dominion, however, this effort was defeated.

The leaders of the dominion were divided on how to respond to the foreigners Cihualpilli did not want to resist, due to Spanish power, but local leaders, notably those from Coyolan, Ichcatán, Tzalatitán, and Tetlán wanted to resist. Cihualpilli sent gifts to Guzmán, who not only demanded more, but also demanded allegiance to the Spanish king. Dissidents gathered numbering about 3,000 and attacked the Spanish. This began a battle that lasted several hours, with a Spanish victory on March 25, 1530. Cihualpilli was baptized with the name Juana Bautista. The territory was renamed Nueva Galicia and the town Santiago de Tonalá.

The new province was initially governed by Diego Vazquez Buendia and remained the main settlement in the area until the founding of Guadalajara in 1535. Evangelization was carried out by the Franciscans and the Augustinians until the early 17th century.

The “municipal palace” or local government building is distinguished by its clock tower and arches, which are decorated in ceramic tiles in traditional motifs. There are also ceramic murals created by Salvador Vázquez and Francisco Basulto. In 2013, the local government opened an exhibition hall and museum in the building called the Tonalá Puebla-Museo, to promote local handcrafts, arts and culture.

The main church for the city is the Santiago Apostol Parish. Constructed in the 16th century, it is the second oldest standing church in the Valley of Atemajac. It is best known as the site of the masked Dance of the Tastoanes, performed in honor of Saint James on July 25. The atrium of the church as a monument to Pius IX, created in 1887. The facade of the church is of sandstone; the sides have buttresses decorated in vegetative motifs and one side has a medallion with an anagram and the date of March 24, 1813 and lion gargoyles. The main entrance is flanked by pilasters that support a frieze. Above this is the choir window framed in vegetation in relief topped by a niche. There is a single bell tower with two levels. The interior consists of three naves and vaulted ceiling, with a Neo Classical main altar.

Capilla de la Cruz Blanca (White Cross Chapel) is where the first mass in western Mexico was said in 1530 by Franciscan monks. The exterior is sober, made of stone and the facade has two small bell towers. The interior contains murals that represent the native flora and fauna of the area. The Santuario del Sagrado Corazón (Sacred Heart Sanctuary) was built in the 19th century in Gothic style over what was the Nuestra Señora de la Soledad Hospital. The interior feature a very large oil painting of “Via Crucis” depicting the stations of the cross. The San Gaspar Parish dates from the 16th century, named in honor of one of the Three Kings. Another 16th century parish is Purisima Concepción.

Main cultural centers are the Museo Nacional de la Cerámica, the Casa de Artesanos and the Museo Tonallan. The Museo Nacional de la Cerámica is mostly dedicated to Jalisco ceramics, especially that of Tonalá. There are halls dedicated to ceramics from other parts of the country as well as a hall dedicated to miniatures. The museum has a collection of about 500 pieces from the pre Hispanic period to contemporary winners of various competitions. It was founded in 1986, by a group of businessmen along with artisans Jorge Wilmot and Ken Edwards in Wilmot’s former home. The initial collection came from the Instituto Nacional Indigenista (National Indigenous Institute), which has been since augmented by winners from the Certamen Estatal de la Cerámica (Jalisco State Ceramic Contest). The Museum closed for a year in 1995 but has been open since 1996 despite financial problems. Most pieces arebruñido, bandera, petatillo and canelo, the most common types produced in Tonalá.

The Tonallán Museum contains exhibits related to the municipality’s history, dances such as the Tastoanes and handcrafts from the pre Hispanic era to the present. It has three halls, one dedicated to painting, sculpture and handcrafts/folk art, another to archeology and traditional ceramics and the last to the Tastoanes dance. It also offers interactive workshops for schools in pottery.

The Tonalá Regional Museum is in a rustic adobe building. It hosts temporary exhibits by artists and artisans of the region.

One other cultural institution is the Casa de Artesanos. It has various areas that sell the area’s handcrafts including the Casa de los Artesanos, which is noted for its murals and a permanent collection of the best of the town’s work.

Overlooking the town is the Cerro de la Reina (Queen’s Hill), named after the last indigenous ruler of Tonalá, Cihualpilli. At its summit, there is a monument to her, a chapel dedicated to the Virgin of Guadalupe and a flagpole holding Jalisco’s highest Mexican flag, the sixth highest in the country. The hill was originally site for the queen’s home.

One of the most important popular festivals is the Fiestas de Sol (Sun Festivals) which occurs in the first half of April. It features artisans from all over Jalisco along with traditional dance, food, parades, the election of a queen, cultural and musical events and more.

The Festival of Santa Cruz occurs in May and is marked by processions in each of the city’s neighborhoods, centered on the carrying of a cross.

Saint James, the patron of the city, is celebrated on July 25. This event is distinguished by the dance of the matachines and the Tastoanes, done only here. The Tastoanes dance symbolized the battles between the indigenous and the conquistadors in the 16th century. One of the main characters is Saint James himself, who according to tradition appeared during the fight to help the Spanish.

The municipality hosts the annual Concurso Nacional de la Cerámica, with a purse of about 600,000 pesos for original ceramic pieces. The event attracts artisans from Michoacán, Oaxaca, Chihuahua, the State of Mexico and Jalisco. It is sponsored by the Instituto de la Artesania Jalisciense and the Fondo Nacional para el Fomento de las Artesanías .

The most visible economic activity is handcrafts, especially pottery. It is a major center for this activity in Jalisco, along with Tlaquepaque. The town has been a ceramics center since the pre Hispanic period. The variety include traditional Jalisco varieties from the colonial period such as bruñido, petatillo, bandera, canelo, betus and even bruñido with applications of gold leaf.

One popular design motif in Tonalá ceramics is called the Flor de Tonalá (Tonalá flower), which is an oval center with rounded petals.

A number of other handcrafted items are made in Tonalá as well, with blown glass coming second after ceramics. Others include ironwork, woodworking, especially furniture, cartonería (animals, clowns and dolls), tin and brass objects.