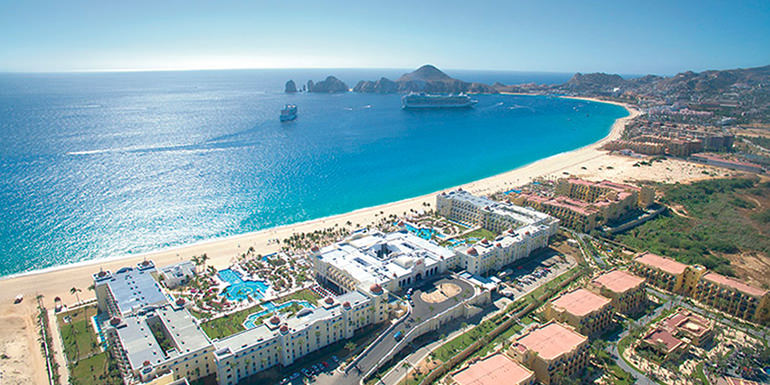 Cabo has been rated as one of Mexico’s top 5 tourist destinations; it is known for its beaches, scuba diving locations, balnearios, the sea arch El Arco de Cabo San Lucas, and marine life. The Los Cabos Corridor has become a heavily trafficked holiday destination for tourists, with numerous resorts and timeshares along the coast between Cabo San Lucas and San José del Cabo.

Cabo San Lucas has the highest paying marlin tournament in the world.

Cabo houses a range of wildlife, including rays, sharks, birds, and a range of fish, such as mahi-mahi (dorado), and striped marlin. In the winter, pods of whales can be observed in the area. They bear their calves in the warm waters of the Gulf of California after completing their 6000-mile migration from Alaska and Siberia.

Cabo San Lucas is less rainy than San José del Cabo, although hurricanes can bring heavy rain for long periods. Hurricane Odile made landfall at Cabo San Lucas on 14 September 2014, and caused widespread damage. Due to the position of the city and orography, local summer thunderstorms do not get near enough to bring rain to the town.

As of the 2010 Censo General de Población y Vivienda, the population was 68,463 and has experienced very rapid growth and development. It is the third-largest city in Baja California Sur after La Paz and San José del Cabo (although it is only slightly less populous than San José del Cabo).

The majority of non-Mexican inhabitants in the community originate from the United States, and along with residents from San José del Cabo they account for the 80% of the U.S population in the state.

Archaeological excavations have shown evidence of continual human habitation in the area for at least 10,000 years. When the first Europeans arrived, they encountered the Pericú people, who survived on a subsistence diet based on hunting and gathering seeds, roots, shellfish, and other marine resources. They called the location Yenecamú.

According to the narrative of Hatsutaro, a Japanese castaway, in the book Kaigai Ibun (written by Maekawa, Junzo and Bunzo Sakai and narrated by Hatsutaro), when he arrived at Cabo San Lucas in May 1842, there were only two houses and about 20 inhabitants. However, American authors such as Henry Edwards and John Ross Browne claim that Cabo San Lucas’s founder was an Englishman named Thomas “Old Tom” Ritchie. John Ross Browne says Ritchie arrived there about 1828, while Edwards says that he died in October 1874.

The town is also a popular port of call for many cruise ships. Cabo San Lucas has a small international airfield, which handles air traffic for general aviation flights and air taxi service.

Many tourists get around the area through the numerous local taxis that service the primary parts of Cabo, as well as the Corridor and the airport. Alternatively, there is a system of small buses that are used by locals but also available to tourists, and costing a few pesos tend to be much less expensive than the taxis.

Nightlife & Things to do

Tourists can also ride horses through the desert, charter a boat for fishing, snorkel, and parasail on the beach.

The corridor is home to a variety of hotels and tourist attractions. High-end resorts in the corridor include the One&Only Palmilla, Esperanza, The Resort at Pedregal, and Las Ventanas al Paraiso.

Medano Beach, located in the Chileno Bay, is one of the most frequented beaches in the Corridor. It is home to tropical fish, sea turtles, invertebrates, and sponges. Snorkelers often visit Chileno Bay to observe the underwater sea life.