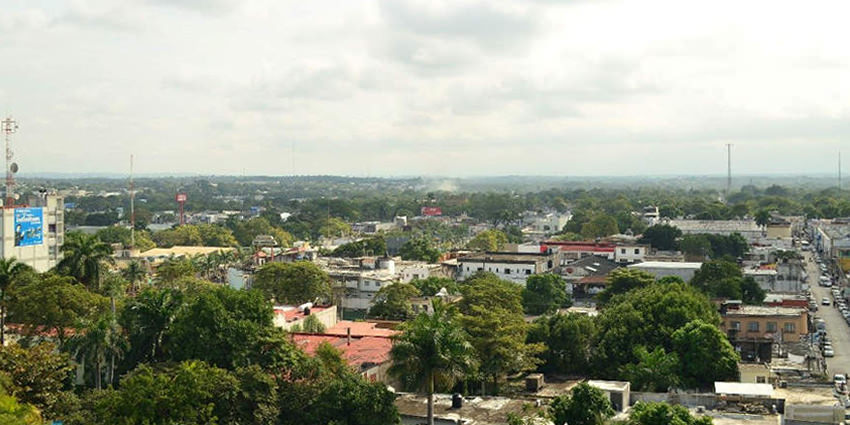 Ciudad Valles is the second-largest city in the Mexican state of San Luis Potosí. It is located in the eastern part of the state. The city is also the municipal seat of the surrounding municipality of the same name.

Ciudad Valles has a humid tropical climate. During the summer from April to October, Ciudad Valles experiences high temperatures from 45 °C (113 °F) and up to 54 °C (129 °F) along with a consistent humidity.

In the winter Ciudad Valles has mild temperatures; few times a year the thermometer registers less than 10 °C (50 °F).

Ciudad Valles is one of Mexico’s favourite destinations for people searching for exotic natural beauties or adrenaline and adventure.

Some of Ciudad Valles attractions include:

These waterfalls are famous due to their steep falls in the middle of hills surrounded by vegetation, which offer a harmonious landscape.

These waterfalls are located 18 kilometers (11 mi) from Ciudad Valles and are part of Tampaon river, best known as Micos River. This name was given due to the abundance of spider monkeys that inhabited this area.

This river goes down noisily through a large series of falls with a vertiginous acceleration. Rafting through the rapids of this river is a popular activity. At the top of the waterfall there is a scenic viewpoint.

There is nearby lodging such as hotels, motels and trailer park areas.

Another destination for adventure tourism for the Verastegui Sierra, where the marvelous spectacle of the Espinazo del Diablo (Backbone of the Devil) and its ravines which are up to 300 meters (980 feet) deep can be seen. In this place, access is difficult due to the rough terrain.

Tamasopo waterfalls are nearby, a group of three waterfalls that form a 20-meter (66-foot) waterfall that falls violently into a 5 meter deep well, in whose banks there are nice beaches appropriate for children. It is an ideal place for camping.

From the town of Tanchachín, the Tamul Waterfall, 21.801°N 99.180°W, is about two hours by boat. With a 105-meter (344-foot) drop, it is the highest waterfall in the state of San Luis Potosi and one of the most beautiful in Mexico, for its height and its famously crystalline torquoise water. Formed by the waters of the Gallinas River at its confluence with the Tampaon, Tamul Falls cascade into the Tampaon River. Twenty five miles downstream from the falls, as the crow flies, the Tampaon meanders past the ancient pyramid site of Tamtoc. Archaeologists believe that Tamtoc is the northernmost pre-Columbian city with pyramids in Mexico, and some speculate that it could be the place of origin of the Aztecs from which they launched their migration to the Valley of Mexico. The Tamul Falls to Tamtoc region is a seven-hour drive south from McAllen or Brownsville, Texas, making it the most vehicle-accessible ancient Mexican city from the United States. The best time to visit the waterfall is during the low water season from July to October, when it is easily accessible.

This town is located 65 kilometers (40 mi) from Ciudad Valles. It is a place truly full of vegetation that creates beautiful landscapes. The Huehuetlan Sierra creek is located here, which is a natural frontier that divides the huastecas to the south and the nahuatlacos Indians.

These two indigenous groups nowadays still preserve their languages, dress and customs from their ancestors. When going down from their communities towards the “tianguis” (street market) every Sunday, women wear their quetzquemaletls (v.-shaped ponchos) that they knit and embroider themselves. An interesting thing is to listen how the languages spoken here mix Nahuatl, Huasteco and Spanish.

It is advisable to visit the Temple of San Miguel de Arcangel, which you will reach by going up 149 steps. From its atrium you will see the town located in a narrow ravine, where streets and alleys have taken the capricious shape of the land.

The Pan-American Highway or Interamerican Highway built in the 1930s represents Ciudad Valles’ most vital corridor. The Highway leads north to Nuevo Laredo via Monterrey, and to the south to Mexico City.