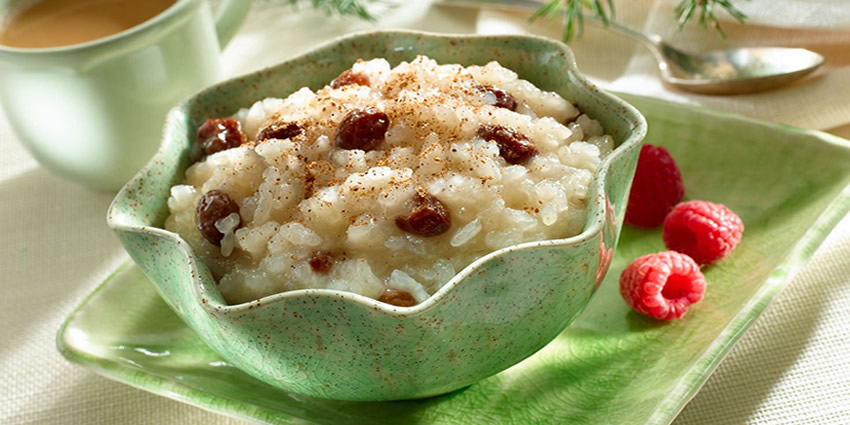 The rice pudding dessert is one of the favorites among Mexicans. It is a very easy delicacy to make, as well as economical. It consists of rice cooked in milk with sugar, cinnamon, and raisins. It is generally thick, and on many occasions, condensed milk is added to thicken it further.

The ingredients and consistency vary depending on the region. It can be light or very thick, but never dry. Sweet rice pudding is not exclusive to Mexican cuisine. This is a very popular dessert of Spanish origin and deeply rooted in Mexico, also called Arroz con Leche.

This coconut milk rice recipe is a vegan recipe that your whole family will love. Rice pudding is a typical dessert among Mexican families. And it is a dessert that is passed from generation to generation.

Rice pudding is a dessert where rice pudding, cinnamon, lemon zest, and raisins are cooked. This recipe is made with coconut milk and is the perfect recipe for all of us who don’t eat dairy products. Rice pudding, but is a typical dessert in Mexican cuisine.

To make this dessert you take more or less about 25 minutes.

Tips and ideas to make the best vegan rice pudding

Use your favorite toppings! Use grated coconut, white chocolate chips, dried fruit, or dark chocolate. If you don’t have lime zest on hand, you can also use orange or lemon zest to add a citrusy twist to this sweet dessert to balance the sweetness of the rest of the ingredients.