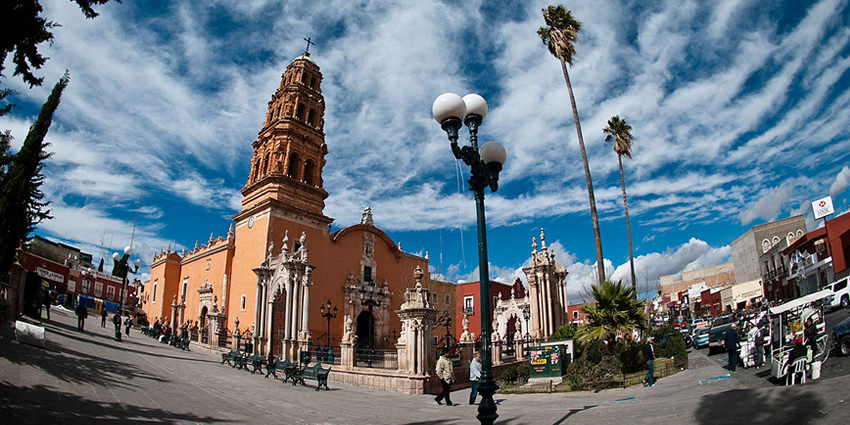 As a rail and highway junction, Fresnillo is the center of a rich mining area known especially for silver, and the location of one of the world’s richest silver mines, the Mina Proaño or Fresnillo Mine, which belongs to the Peñoles mining company.

It has a mining school, and agriculture (cereals, beans) and cattle raising are other important economic activities. Fresnillo is also the municipal seat of the municipality of the same name which surrounds it.

It is the location of religious pilgrimages to see the famous Santo Niño de Atocha (“Holy Child of Atocha”), a Roman Catholic devotional statue brought to Mexico from Spain.

Between 1551 and 1552, Diego Fernández de Proaño embarked on several explorations in the Zacatecas region, searching for a legendary hill purported to contain great mineral wealth. He discovered a hill, which despite not matching the descriptions given, bore evidence of rich mineral deposits, which he named “Cerro de Proaño” (“Proaño’s Hill”).

He returned to the city of Zacatecas to report his findings to the Viceroy, but apparently there was not much interest in his discovery and Proaño’s Hill was forgotten over the years.

A second expedition, headed by 15-year-old Francisco de Ibarra, arrived on September 2, 1554 at a place where there was a freshwater spring, in whose border was a “Pequeño Fresno” (small ash).

They decided to spend the night, and Francisco de Ibarra wrote his name for the place in his daily journal: “Ojo de Agua del Fresnillo (spring of the small ash)”.

In the early years after its foundation, the town suffered incursions by Guachichil Indians who were nomadic and bellicose. Due to the heavy losses suffered by the settlers in those early years, the Viceroy, Martín Enríquez de Almanza, ordered the construction of a presidio in the town.

Between 1682 and 1757, the mines were worked constantly. There were several mines, mostly on the foothills of Proaño’s Hill.

In 1757, the mine shafts had reached fifty meters in depth and flooding began to be a major problem. The mines were abandoned as it was economically unviable to mitigate the flooding and the area went into an economic crisis.

The mine owners lost their mines as a result of seizure by the Spanish Crown for failure to repay loans. The Crown named a new administrator for the mines, but they continued to lie idle.

In 2013, Fresnillo became the first municipality in Mexican history to elect an openly gay mayor, with the election of Benjamin Medrano.

The Coat of Arms of Fresnillo

In the superior part of the shield is the Latin phrase: “Orat Atque Laborat Ab Urbe Condita”, which means: “Since its Founding a City that Works and Prays”.

The coat of arms is divided into three boxes: first in the left superior part, there appears the Virgin of Candlemas, Pattern of Fresnillo, which is identified by the candle in her right hand.

In the box on the right superior part, there is a rodela or shield and the arms used by the natives and the Spaniards during the Conquest.

In the inferior part (the third box) there appears a spring, in whose margin there is an Ash tree, and a depiction of the bottom of the Proaño Hill with some clouds, symbolizing the rainy month of September. “2 of September of 1554”.

Fresnillo, Zacatecas is often connected with Plateros, a central church which attracts many religious followers to the area.

The church was built in the late 1690s in commemoration of Spanish miners finding a miraculous silver crucifix. The crucifix is said to have appeared in a wooden crate without knowledge of its creation.

Spiritual devotion and respect resulted in the cross-Atlantic travel of a statue of the Our Lady of Atocha. The statue has the Virgin Mary carrying an infant Jesus in her arms. This infant statue became known as the Holy Child of Atocha.

Many claim that miracles result from the devout prayer to this Holy Child. Those who truly believe that the Holy Child worked in their favor will often bring back a gift in gratitude. In 1883, a separate building was constructed to house the various gifts followers brought back to him.

Today, many families who have religious connections to this saint will travel far in pilgrimage and attend mass as they visit the shrine. The saint itself is said to be a Zacatecas iconic piece, as well as a guardian of miners.

In commemoration of the discovery of the city in the month of September in 1954, the city is home to a large celebration which celebrates culture and the arts.

People from all over the world come to Fresnillo to celebrate, bringing along traditions native to their home countries. Many will choose to participate in the folkloric dances and athletic competitions.

In 2004, Fresnillo celebrated the 450th year of its establishment.