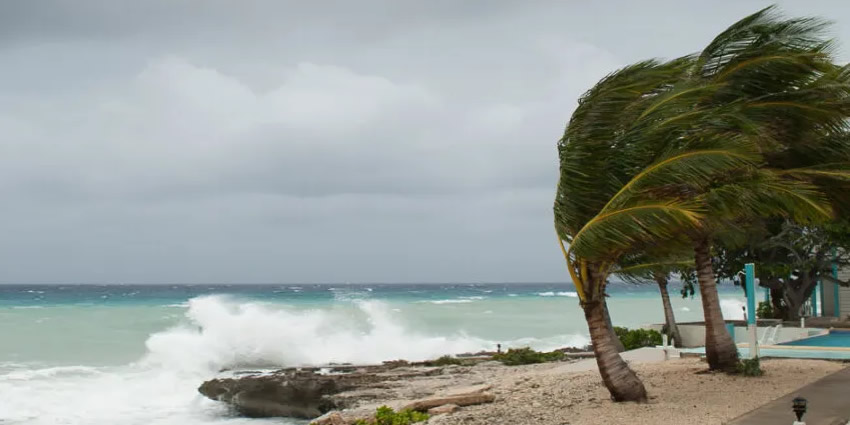 Cancun and the rest of Quintana Roo have been placed on a weather alert in anticipation of Hurricane Agatha. Agatha is the first hurricane to hit Mexico this season.

Weather stations have been keeping track of a pressure system moving east across the Pacific Ocean for the past week.

Their observations saw the system turn into a tropical storm, and now a Category 1 hurricane. Hurricane Agatha is the first named storm of the season and is expected to be the first of many.

A category-one can be expected to have wind speeds ranging from 74 to 95 miles per hour, and although most homes and other structures will be okay, damage can occur.

The main risk of a category one hurricane comes in falling debris from poorly built structures or tree branches that may break. Storm surges are also a significant risk for towns and cities close to the coast.

We now have Hurricane #Agatha in the Pacific. It will make landfall in Mexico and attempt to cross into the Bay of Campeche. Most likely it fall apart over Mexico’s mountainous terrain and the remnant tropical DNA will attempt to reform in the Gulf by mid to late week.

Currently, the states of Oaxaca and Chiapas are the most affected areas and have been put on a much higher alert, but the movement of the hurricane will most likely impact Quintana Roo in some way.

As it is crossing land, if it does hit Quintana Roo it will be weakened significantly and lose its hurricane designation.

This does not mean the risk is completely gone, and those in the state should anticipate a higher than normal volume of rain, strong and sustained gusts of wind, and some high water levels.

The hurricane is expected to make landfall on Monday morning before moving northwards towards Yucatan and Quintana Roo.

The increased activity of La Niña, the cold side of a complex weather system that helps predict storm season veracity, has suggested that the coming months could be tough for the region. As many as nine hurricanes are expected to form around the Mexicans Caribbean.

Of course, many of these may be small and cause very few problems, but there is always the potential for one to be devastating for the state.

Tourists caught in Cancun or other towns in Quintana Roo when one hit can find themselves stranded for extended periods of time. Flights can become sporadic, large-scale damage can hamper evacuations, and power outages can cripple communication in the region.

For this reason, tourists hoping to travel to Quintana Roo should monitor the weather over the coming months.

If there is a risk of a tropical storm or hurricane hitting Quintana Roo, travel to the region should be avoided. Many weather outlets monitor the progress of storm systems long before they achieve hurricane storm status. A named storm approaching the coast should be avoided at all costs.

Hurricanes are not the only natural weather phenomenon Quintana Roo has to deal with.

For the past few months, the state has been battling the continued arrival of sargassum seaweed. Spurred on by global sea temperatures rising, the unsightly seaweed has been causing huge problems for hotels, restaurants, and the tourism industry as a whole.

Aside from the masses of seaweed blanketing the typically pristine sand, sargassum produces a terrible sulfur-like smell that drives tourists away from the beaches. Many tourists actively avoid sargassum season and many are known to cancel their vacations when deposits are high.

The state has spent hundreds of thousands on prevention, but even the assistance of twenty-six navy ships has done little to hamper the deposits.

Hectic efforts to clean up in the early hours of the morning are the only option for many businesses, and the added manpower is eating into their profits.

With the threat of hurricanes, however, the sargassum problem may seem far smaller. Hopefully, none of the storms that hit Quintana Roo this year will wreak the type of devastation that could cripple the region for weeks.