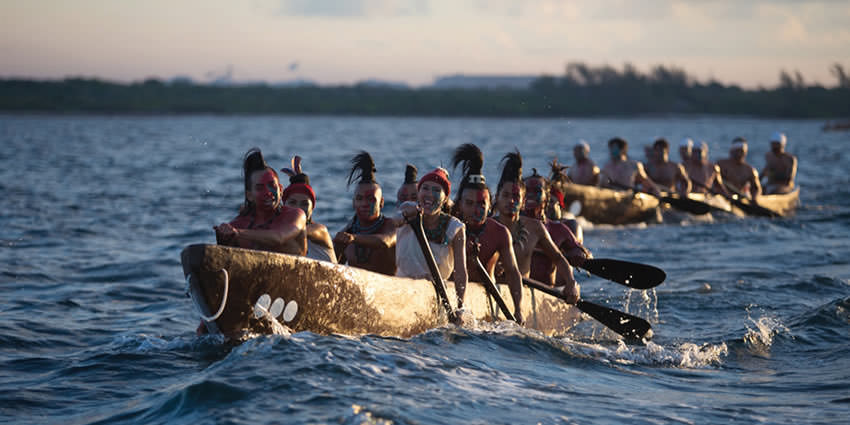 It is believed that all Mayan ceremonial centers were connected by a series of roads. However, the exact extent of the ancient system of roadways will probably never be known because much of it has been destroyed by centuries of vegetation growth and modernization.

These “white roads” were constructed out of large stones that were overlaid by rubble. After the rubble was laid, large cylindrical stones were rolled over the surface compacting the roads. Then, they were surfaced with a smooth layer of stucco or cement. These roads, which were called sacbeobs, were raised from two to four feet above the ground level and were between twelve to thirty-two feet in width.

The sacbeobs frequently connected important buildings and complexes. In addition, they were used to connect the major ceremonial centers with the outlying districts. The longest Mayan road was believed to have been over 100 kilometers in length.

The Mayan civilization covered approximately 325.000 square miles. In a territory this vast there were products that were plentiful in one area, while completely lacking in others. For example, cacao grew well in Tabasco, and highly prized Quetzal feathers were found on the Chiapas-Guatemalan border. This required that commercial trading cover long distances.

Sometime around 900 AD. turquoise, gold, and copper objects from Mexico, Panama, Costa Rica, and Columbia began to appear. Almost all of the commerce was controlled by wealthy merchants. These merchants used cacao beans for currency, and the beans had a fixed market price.

The Mayans had no beasts of burden or wheel to carry their heavy loads. Instead, trade goods were transported on the backs of slaves who traveled along well-established routes. However, many mer­chants found it much easier to use a canoe.

Canoes were caned out of enormous tree trunks and were approximately fifty feet in length. Canoes transporting goods to the towns along the coast, never traveling very far from land. From the coastal towns, the goods would then be transported to the interior towns. This method of commerce was still in place when the Spaniards arrived.