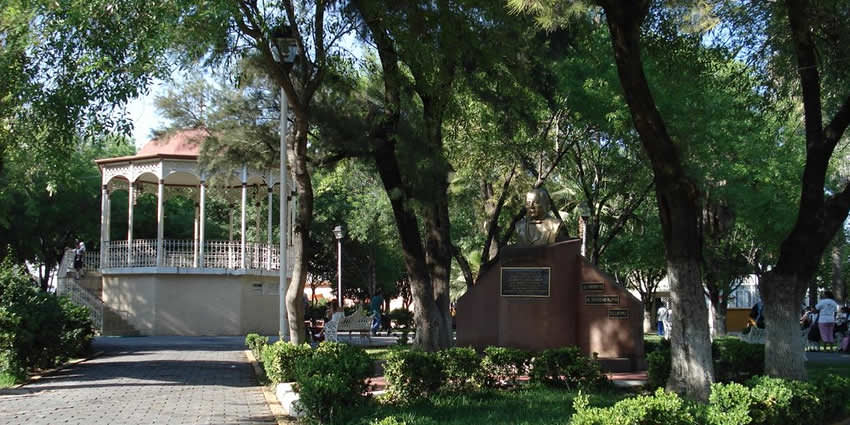 Ciudad Benito Juárez, or simply Juárez, is the name of a city located in the eastern part of the Monterrey metropolitan area in the state of Nuevo León, Mexico. It is the seat of the municipality of the same name.

Ciudad Benito Juárez had a 2010 census population of 256,970 persons and is the eighth-largest city in Nuevo León. It shares borders with the municipalities of Pesquería to the north; to the south with Santiago; to the east with Cadereyta Jiménez; and to the west with Guadalupe.

In honor of Mexican president from the 19th century, Benito Juárez.

The congress of the state decreed on March 1, 1850 the foundation of a new district with the name “El Rosario”, within then “Hacienda de Villa”. This new district was part of the municipality of Cadereyta until 1868.

On December 30, 1868, General Jerónimo Treviño, governor of the state of Nuevo León, decreed that the “Villa de Juárez” (Juarez’s Village) will be founded and recognized in the same area “El Rosario” occupied. As all of the other present-day municipalities of the state, Juárez was part of the system of villages used in the 19th century. These villages were founded in order to exploit the natural resources of the zone.

Villa de Juárez was granted the title of city in May, 1988 with the name of “Ciudad Benito Juárez”.

The city is going under a heavy process of urbanization and construction of houses and residential complexes, as all of the inner municipalities part of the Monterrey metropolitan area have no more room available.

The municipality has an extension of 277.8 km² and located at an altitude of 403 meters above the sea level.

The territory is mountainous, but with not important elevations, with around 70% of plain or semi-plain lands and 30% of rugged terrain.

Juárez’s annual average temperature is 22° celsius, and its annual rain precipitation is 400 mm. Dominant winds comes from the north.