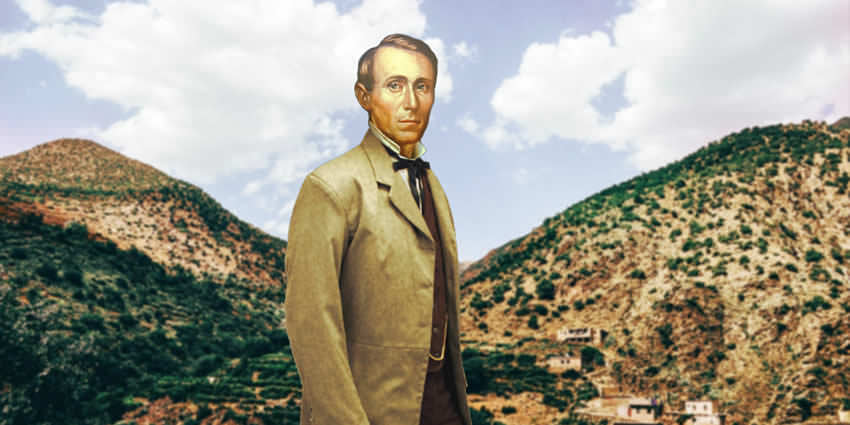 The Republic of Sonora was a short-lived, unrecognized federal republic ruled by filibuster William Walker in 1854. It was based in Baja California, which also claimed (but never controlled) Sonora.

In the summer of 1853, an American adventurer and filibuster named William Walker traveled to Guaymas seeking a grant from the government of Mexico to create a colony that would serve as a fortified frontier, protecting US soil from raids by Native Americans.

Mexico refused, and Walker returned to San Francisco determined to obtain his colony anyway. He began recruiting American supporters of slavery and Manifest Destiny, mostly inhabitants of Kentucky and Tennessee.

His proposed buffer colony turned into plans to establish the independent Republic of Sonora as a part of the American Union, like the Republic of Texas. He funded his project by “selling scripts which were redeemable in lands of Sonora”.

On October 15, 1853, Walker set out with 45 men to invade and conquer the Mexican territories of Baja California and Sonora.

He then put the region under the laws of the American state of Louisiana, where slavery remained legal in 1854. He declared independence from Mexico on January 10, 1854.

Fearful of attacks by Mexico, Walker moved his position twice over the next three months, first to Cabo San Lucas, and then further north to Ensenada to maintain a more secure position of operations. He never gained control of Sonora but three months later, he pronounced Baja California part of a larger Republic of Sonora.

Walker’s exploits generated large amounts of interest back in San Francisco, where bonds for the Republic of Sonora were sold and its flag was even raised in places. However, Walker was never able to take advantage of his project’s popularity. A serious lack of supplies, discontent within his party, and unexpectedly strong resistance by the Mexican government quickly forced Walker to retreat.

Back in California, Walker was put on trial for conducting an illegal war.

The judge indicated that Walker was guilty of violating the peace treaty agreed upon by the United States and Mexico after the Mexican–American War (1846–48). However, it was the era of Manifest Destiny and consequently, his filibustering project was popular in the southern and western United States. Because of this, the jury took only eight minutes to acquit him.