Mexican iconic VW Beetle will no longer be in production 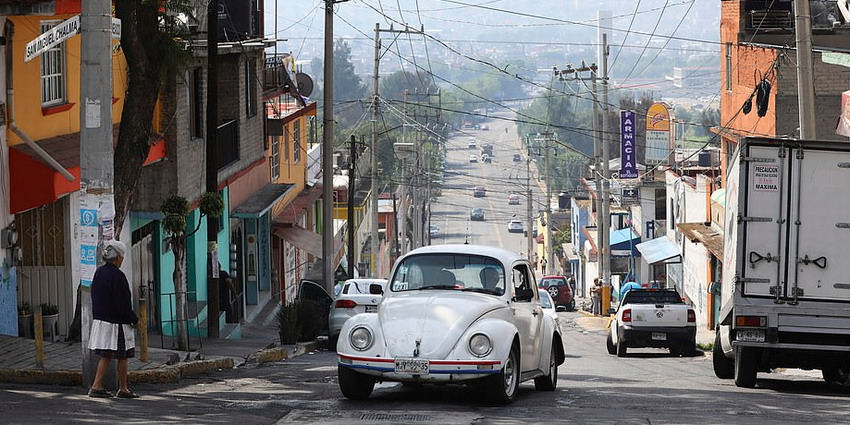 Prosecution of the VW Beetle was halted at a Puebla, Mexico, assembly plant in July 2019. It was the only one in the world still manufacturing the car known to Mexicans as the ‘vocho’.

The Volkswagen Beetle will no longer be in production, but it will forever live on as a favorite among Mexican motorists.

The modern edition of the iconic VW model ceased production Wednesday at the automaker’s Puebla, Mexico, factory as workers waved goodbye to the last sputtering, bulbous, back-engine cars during a special celebration. It marked the end for a vehicle that has symbolized many things over eight decades.

But for residents in Cuautepec, a town on the outskirts of Mexico City, still rely on the original no-frills version, praising it for its affordability, reparability. More importantly, they appreciate its dexterity in handling the district’s steep streets.

High above the valley floor, where the notorious smog turns the surrounding hills into hazy silhouettes, the old-model compacts are popularly used as informal taxis for a place that lacks public transportation. 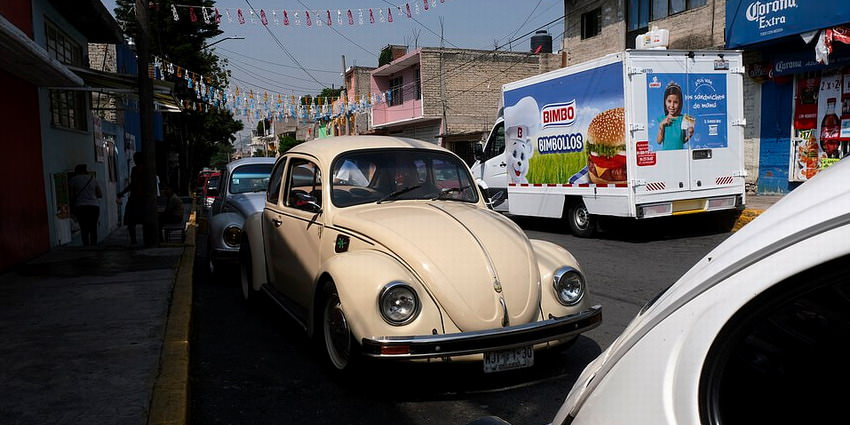 The sputtering, bulbous, back-engine cars popularly known as ‘vochos’ are ever-present in Cuautepec, an obsession for some after production of the Type 1’s stopped in 2003 and the New Beetle failed to impress most locals.

‘The new ones don’t get uphill, and the old ones can climb any incline without problem,’ say taxi drivers.

The car’s original design – a rounded silhouette with seating for four or five, a nearly vertical windshield, and an air-cooled engine in the rear – can be traced back to Ferdinand Porsche.

The Austrian engineer was handpicked by Adolf Hitler to fulfill his project for a ‘people’s car’ that would spread auto ownership the way the Ford Model T had in the United States. It debuted in 1938 before bombs were dropped in World War II, wiping out the manufacturing plant in Wolfsburg, Germany.

After the war, British Army Major Ivan Hirst was asked with kickstarting the automaker back into production. He one day spotted a Bettle that survived the massive airstrikes at the facility. The rest was history as it instantly became a favorite for the American auto consumer. 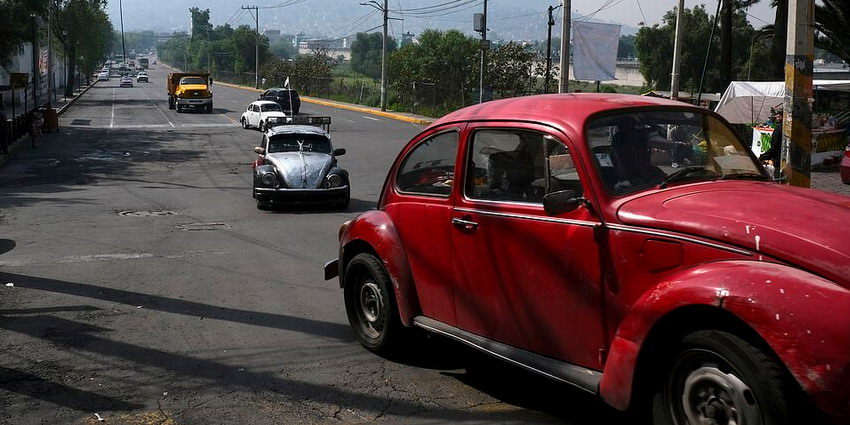 For Mexico, the halt to Beetle production marks an end of an era. The VW factory in Puebla, southeast of the Mexico City, had long been the only plant in the world still manufacturing classic Beetles and more recently became the only one left making modern ones.

Green-and-white painted Type 1’s used to be the norm for taxi operators in Mexico City, but authorities ended cab licenses for the last of the ‘vochos’ in 2012. Taxi drivers say this technically means he and others who operate the older model in Cuautepec are doing so illegally.

But local police turn a blind eye and rarely bother the drivers and the cars stay in high demand for residents who grew up when VW taxis were everywhere.