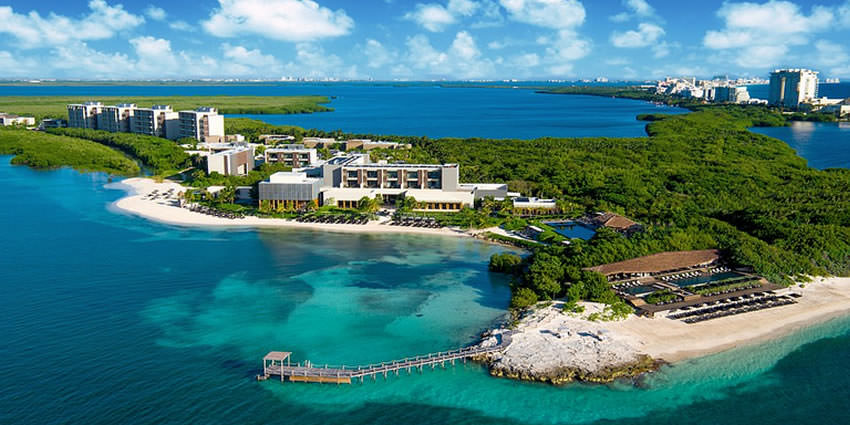 Punta Nizuc in the state of Quintana Roo, Mexico, is a protrusion of land located at the southern point of Cancun Island.

Punta Nizuc is a popular beach and a marine park in the hotel zone of Cancun on the Yucatan Peninsula in the state of Quintana Roo. Punta Nizuc is famous for its diving, thanks to a coral reef filled with abundant marine life. The dives are usually at a depth of about 30 feet.

Located near Boulevard Kukulcan, at the southern end of Cancun Island, opposite the Club Med The shallow, warm, excellent visibility and an abundance of marine life make this a great place to experience everything the Mesoamerican Reef, the second-largest in the world, has to offer. Divers report seeing giant lobsters, groupers, stingrays, barracudas on the reef.

Punta Nizuc is home to beautiful coral formations and marks the beginning of the reef barrier that runs parallel to the eastern coast of the Yucatan Peninsula. Due to its ecological importance, it has been declared a protected area. At its southern end is the Hotel Club Mediterranée.

Its the place of great tourist attraction. At present, it is a place visited by an important tourist current which has put pressure on the environment. Hence, protectionist measures for the place have been redoubled.

Punta Nizuc is also home to a museum statue underwater MUSA created by artist Jason Taylor deCaires called “The Gardener of Hope,” which depicts a young woman lying in a “garden” of coral.

Enjoy the beauty of the natural reef, as well as some of the statues that make up the Cancun Underwater Museum! This famous museum consists of life-sized sculptures made from marine cement designed to promote the growth of coral. There are 16 statues which can be seen from a shallow depth of only 3ft.

However the reef barriers are the most visited area around Cancun, the most popular form of access is through the use of motorized boats in one or two places, from yacht clubs located in the lagoon mangroves Nichupté crossing and out to the ocean through Nizuc channel for snorkeling.

The diving is also performed at the point known as “the float of Fools”.