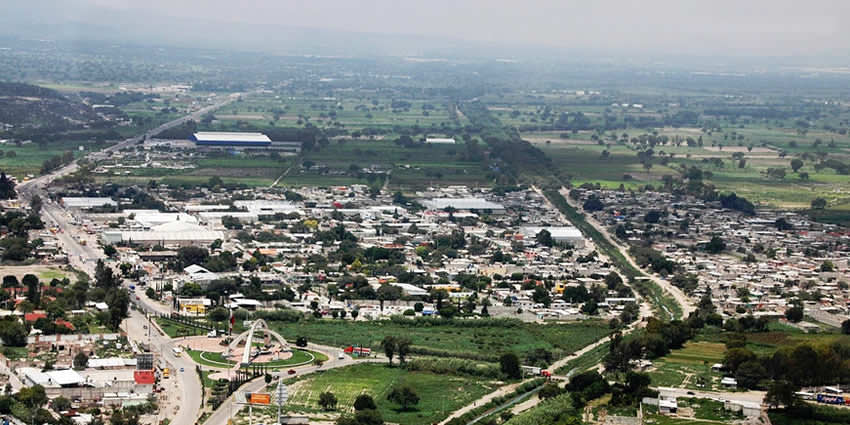 Tehuacán is the second-largest city in the Mexican state of Puebla, nestled in the Southeast Valley of Tehuacán, bordering the states of Oaxaca and Veracruz. The 2010 census reported a population of 248,716 in the city and 274,906 in the surrounding Tehuacán Municipality, of which it serves as municipal seat. The municipality has an area of 390.36 km².

Tehuacán is located in the southeastern part of Mexico, with geographical weather of 19 degrees Celsius most of the year. Tehuacan is an important territory known as the Tehuacan Valley with a diverse ecosystem.

Another important geographical factor to consider about the region of Oaxaca and Tehuacan valley is the telluric area where the city is located. Tehucan is surrounded by the Neovolcanic Axis that covers the states of Nayarit, Jalisco, Colima, Michoacán, Guanajuato, Querétaro, México, Hidalgo, Morelos, Tlaxcala, Puebla and Veracruz. This Axis connects the main active volcanoes of the region and because of this volcanic activity the city presents continuous movements of Earth, especially during summer and spring seasons.

Tehuacan Valley presents a high diversity of plant and animal species, especially the Tehuacan-Cuicatlán Biosphere Reserve located 30 minutes southwest from Tehuacan, that belongs to the city and protects 200 Cactus species, most of them endangered types.

Originally a Native American settlement, it became officially a city in the Viceroyalty of New Spain in 1660.

Tehuacan is known for hosting many diverse festivals that celebrate traditions and costumes earned through the years from the ancient natives. One of the most recognized festivals in the last 15 years is the Festival Internacional de Tehuacán 1660 which celebrates the artistic and cultural backgrounds of the city.

In the late nineteenth century, the city was well known for its mineral springs. In fact, Peñafiel (now owned by Cadbury Schweppes), a well-known soft drinks manufacturer, extracts water from these wells for use in their products. Tehuacán also has an important cluster of poultry producers, making the city and its surroundings one of the most important egg-producing regions in Mexico.

Tehuacan offers a diversity of attractions, from outside activities to historical places and museums that keep years of history not just from the region but from ancient times and establishment of the Mexican Republic.

The most popular places to visit are:

Peñafiel and Garci Crespo Natural Springs Tourist Attractions in TehuacánPuebla Mexico Underground galleries that are the production facilities for the famous mineral water known as “Agua Tehuacan”. This is part of a natural process as a result of snow melting from the volcanoes which contain a high level of minerals, making it bubbly.

Ex-Convent of San Francisco Tourist Attractions in TehuacánPuebla Mexico is a 16th-century monastic complex that was used as the house of one of the most renewed schools of Latin in New Spain. The architecture and history printed on its walls painting show the transition from one time of history to others.

Museum of Mineralogy Tourist Attractions in TehuacánPuebla Mexico is a museum that has a private collection from Don Seferino Romero, one of the most recognizes figures of Tehucan city that donate important art and scientific pieces such as moonstones, fossils minerals and meteorites given as presents and others found in the Tehucan Valley region during diverse explorations through the times.

The Cactus Botanical Garden is located 30 minutes away from the city at the south area of the Tehucan Valley and it preserves more than 200 cactus species in all the areas, making it the biggest diversity ecosystem around the world.