Who are the most common tourists in Mexico? 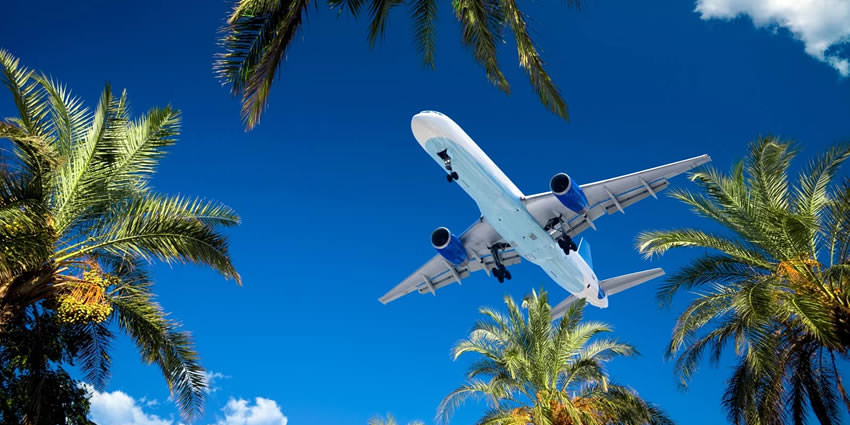 The tourism industry has been booming globally throughout the past few decades. Yet, getting around has not always been an easy thing to do. For centuries, international travel was connected to covering significant distances with boats.

Traveling through the sea meant spending months on the way, causing severe delays and sometimes even health problems among travelers. However, this has drastically shifted after the launch of commercial civil aviation services.

Today, international travel is simply thriving. There are more people traveling abroad for holidays than ever before, making it one of the leading industries in the global economy.

As a result, every country that has something to offer tries advertising itself on the market, attracting international visitors from all over the world. This is not an easy task since the market is extremely competitive.

There are almost too many options to choose from amid the soaring number of popular sea resorts, woodlands, mountainous regions, and city break destinations.

As of now, at the top of the list are some of the most popular European destinations, along with the USA and China. France has been the first on the list for decades now with its French Riviera in the south and the dazzling capital city of Paris.

Everyone wants to have a picture taken in front of the Eiffel tower or explore the iconic Louver. France is followed by Spain, known for its sunny beaches and culturally enchanting cities like Madrid and Barcelona.

Then we have the United States, which, despite its size, ranks the third on the list.

The nation that one would not find on the top 10 most visited countries list is Mexico.

Yet, the American nation of more than 125 million people is gradually becoming a global tourist destination with the number of international arrivals nearing 40 million in 2018.

From the late 1960s, the Mexican government put tourism at the top of its priority list. The country has so much to offer, spanning between the two oceans that provide spectacular beaches and seaside resorts across the nation.

For decades now, the government has been promoting tourism as the industry without ‘smokestacks’, emphasizing its reliability and stable character.

Besides impressive sights, the country is known for its vast entertainment sector. Gambling is perhaps one of the most celebrated industries in Mexico. This activity is completely legal and extremely popular among tourists.

It has been estimated that the majority of US citizens that visit Mexico for short-term holidays go to casinos at least once. That is why overseas gambling companies are extremely interested in the Mexican market.

Representatives of Playamo New Zealand, one of the country’s leading gambling operators say that Mexico has become an up-and-coming gambling destination for New Zealand tourists as well.

New Zealanders do not fear the distance and travel to Mexico. This is particularly caused by the low costs of living, which attracts millions of visitors annually.

As a result of hard work and years of international promotion, Mexico now is one of the most visited countries in the world.

According to the statistics office of the country, Mexico had received 39.8 million international visitors in 2017, a significant increase from last year. Here are what nationalities visit the country most commonly and the reasons behind those trends.

The United States of America is the leading contributor to Mexico’s tourism industry.

In 2017 alone, over 10.3 million Americans headed to Mexico for holidays, weekend trips, and business meetings. The receipts from US visitors are also the highest in the country. So what is causing such a major influx of American tourists into Mexico?

The prime reason, naturally, is the geographical proximity. Sharing over 3 thousand kilometers long border, countries have always had a tense relationship in terms of border crossing.

However, the presence of land connections in multiple spots across the border provides easy access to countries for each other’s citizens.

As a result, the Americans often choose to visit Mexico, in order to taste some authentic national food and enjoy astonishing sights all across the country.

Furthermore, many say that Mexican sea resorts are much better than those the United States has to offer.

One other important factor is the cost of living in Mexico. The country is extremely cheap, especially in terms of food and accommodation. These are practically the only things a visitor might need while on a holiday.

The surprising fact is that many people from the very north of the United States, cross the entire nation to visit Mexico.

Those who want to go abroad for holidays prefer spending less money and enjoying the time they have. That is the prime reason why Canada is less popular among American holidaymakers amid skyrocketing living costs.

Canada: a similar case to the United States

Canada is one of the wealthiest nations in the world, located just north of the United States. Realistically, it is thousands of kilometers away from Mexico, making a road trip to the country at least a week-long journey.

Nevertheless, Canadians are eager to visit Mexico with over 1.7 million of them entering the nation in 2017 alone.

Geographical proximity does not play as big of a role in this case, considering that the vast majority of European destinations are equally distanced from Canada as Mexico is.

However, affordability plays a crucial role in the fact that so many Canadians visit the country.

Brits have long been some of the most frequent travelers on earth. To this date, UK nationals make more international holidays than any other European country.

Therefore, it should not be a big surprise that Brits travel to Mexico rather frequently.

London is home to the busiest and some of the most well-connected airports in the world. Therefore, long-range flight services are quite frequent, including to Mexico. Approximately 545,000 Brits visited Mexico in the year 2017.