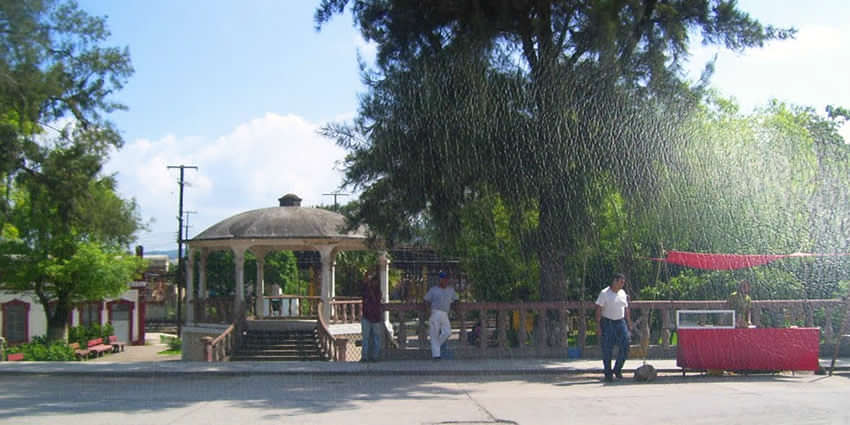 Cárdenas is a municipality and city in the Mexican state of San Luis Potosí.

The municipality is located east of the state capital in the Media Zone, with a height of 1200 m above sea level.

It is 200 km from the city of San Luis Potosí with a population of about 20 thousands inhabitants is the second largest city in the Media Zone.

The average annual rainfall is recorded 616.6 mm (24.28 in), and dominates much of the region west of the semi-dry-weather semi-warm center, semi-warm and humid east semicálido-wet with rain in the summer.

The first settlers were the friars, who occupied the ground in the first third of the 17th century, they occupied rancherías and farms, including the huge Ciénega de San Nicolás, allegedly founded by Luis de Cardenas.

In those years referred to as the Ciénega Nicholi and the name of his owner was called after Hacienda de Cárdenas.

Origin of the city

For more than a century it was owned by the Bacon family. Throughout that time, and years later there was a rise in its population in those that had families of all castes, but most were pames and few spoke Spanish, were not concentrated in one locale but in several rancherías dispersed, and one or two friars of the mission of Alaquines served as religious.

In the year of 2752 finances of the Ciénega was owned by Don Manuel Antonio Rojo del Río, Lafuente and Vieyra. By be confiscated and purchased their property, they came to power by Félix María Calleja and then Don Felipe Barragan. Upon the death of the latter was that property held by their children and Luisa Juan Barragan.

At come up war of the Mexican Independence, there were several facts weapons on the territory of the finances of Cardenas.

The Railway in Cardenas

In 1933 became one of the projects form town as one of the most modern state, rail, the project would include the construction of the railway San Luis Potosí – Tampico; the work progressed slowly, both in the extreme as potosino from Tampico. There were subsequent interruptions, contracts unfulfilled, insufficient funds, court trouble.

In these works had to overcome the difficulties presented by the laying of the road since Tamasopo until Highland Potosino built several tunnels, penetrating mountains. This bold work that defied saw, finally found the paths ahead of the current population of Cardenas, in the Labor, April 1890.

Since then became totally life in Cardenas; soon settled workshops of the Cardenas Division. He grew population, was founded neighborhood Rasconcito, and Colonia Americana, was activated remarkably trade with the influx of many families who came from Alaquines, Rayon, Lagunillas and other more distant locations, it was a time euphoric that desbordaba joyful in all areas of the region. This situation lasted until 1910.

By the beginning of the year, 1911 Cárdenas was heard in the first outbreaks revolutionaries led by Higinio Olivo, a native of The Work and Juan Torres Perez, up arms in El Corito. The forces of Peter Montoya and brothers Juan and Cardenas Victorian Torres entered in 1911. In 1912 brothers Cedillo, Magdaleno, Saturnino Cleofas and began a series of tropelías in open rebellion against President Francisco I. Madero.

In 1914 cedillistas were posesionados de Cardenas, it had established its headquarters and committed all kinds of abuses. It seized the station and the trains and cargo.

The most important battle in Cardenas recorded during the Mexican Revolution, was developed May 27, 1917. The square was defended by a garrison commanded by Colonel Fidel Garza and the captains first Ramon Hernandez and Margarito Negrete when he was violently attacked by forces cedillistas. The fighting spread to the entire population, the attackers took installations of the railways, burned the tank chapopote and the scale and tried to burn down the station.