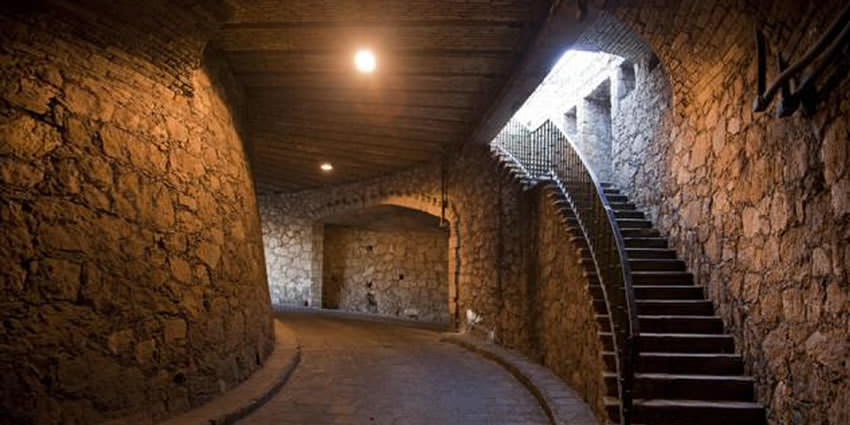 The Guanajuato tunnels are a series of wide channels that extended under the city and help divert traffic away from the city center.

These tunnels were not primarily constructed for traffic, but as a diversion for the “Rio Guanajuato” (Guanajuato River) to prevent flooding to the early mining town.

The tunnels are a unique sight of Guanajuato, with decorative entrances and charming open stretches, but it is unpleasant to walk through the longer sections due to traffic fumes.

Padre Belauzarán street now runs for 3 km underground and follows the original course of the Guanajuato River. It is most important road of the city that used to divide the city in two.

Some other streets of Guanajuato are either partially or fully underground, following the old drainage ditches and tunnels dug during colonial times.

Originally they were used for flood control, but modern dams have controlled flooding and left them dry, so they have been turned into thoroughfares in a city with a little surface area.

Guanajuato’s version of the La Llorona story has the woman wandering its tunnels, some of which had rivers or streams running through them. 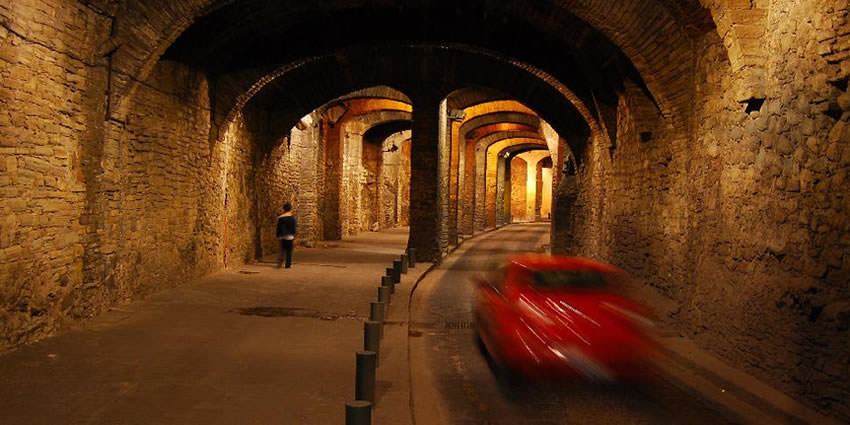 History of the Guanajuato Tunnels

The longest of the tunnels, the “Túnel La Galereña”, was originally excavated in the early 19th century to divert the Guanajuato River that flowed through the heart of the city.

The diversion was required during the wet season, around August, as the river commonly swelled and caused significant flooding. The river diversion prevented flooding in Guanajuato since the construction.

The tunnel was blasted out using dynamite, using the skills and expertise mastered during the many years of mining operations. The first journey was in 1961. 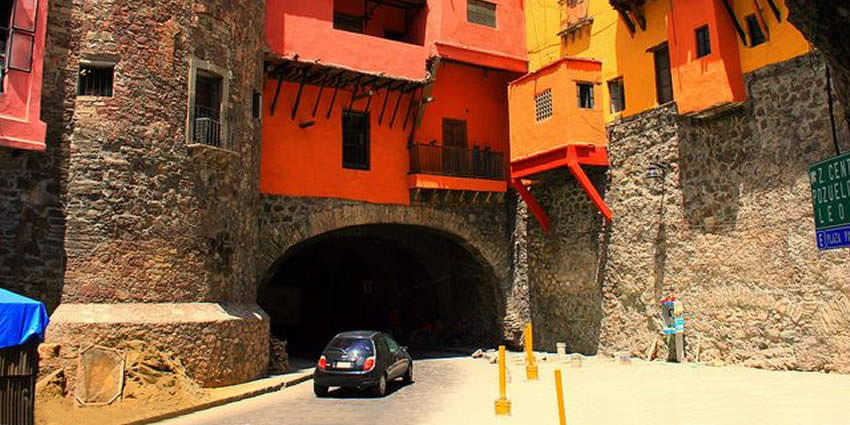 The tunnels are vital to the road network

A second tunnel was dug during 1960s, which diverted the river much deeper and used improved materials and techniques, as the original tunnel showed signs of collapse and subsidence.

This, combined with the dam further upstream, meant that the present-day water flow is much smaller and more controlled.

The old river tunnels were strengthened, reinforced and converted into a road tunnel to cater to the increased levels of traffic.

The tunnels were of a suitable size to allow cars, medium-sized bus and vans but prevented larger transport getting into the city.

Some additional tunnels were excavated during the late 1960s and 1990s. 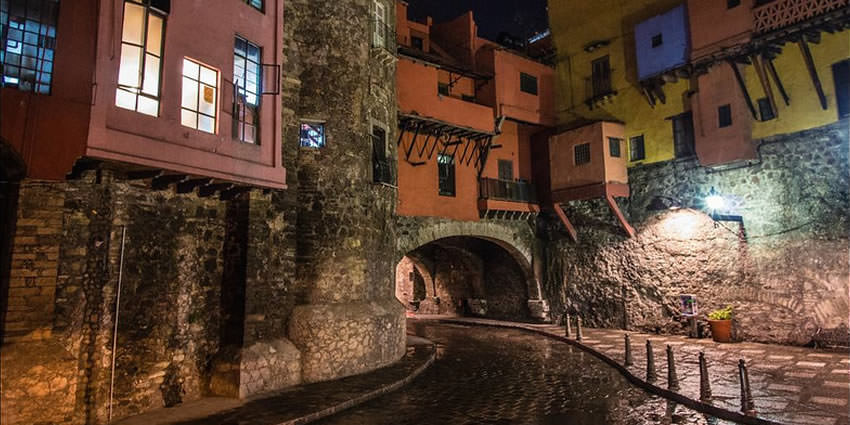 Tourist Information about the Guanajuato Tunnels

The tunnels of Guanajuato have different layer crossroads and underground junctions. Few other cities can boast such an elaborate method to both hide and limit traffic.

The tunnels generally take traffic that is heading in an eastwards direction, while the westward direction passes through the city center.

These two levels of roads make maps of Guanajuato particularly confusing especially as some of the city’s major bus stops are subterranean.

All of the tunnels have footpaths but some of the longer enclosed tunnels can be tiresome on the lungs and eyes, as polluting lorries and buses pass through.

The tunnels are perfectly safe to navigate along and (according to the locals) are even safe for tourists late at night.