Reasons why you should visit Tijuana 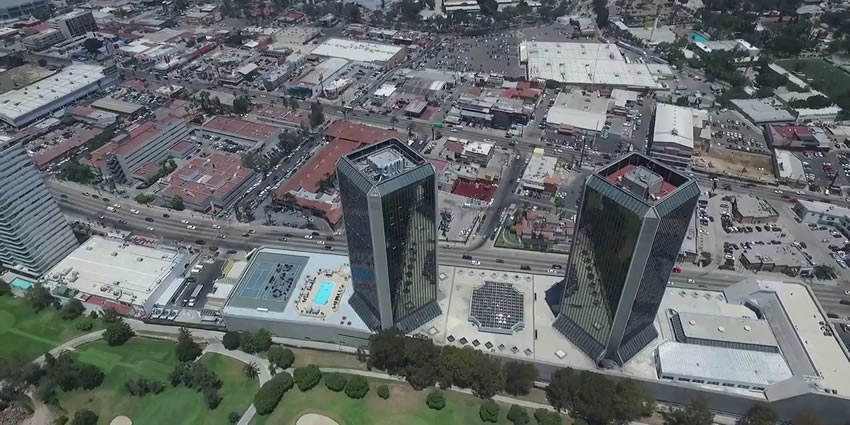 The Baja California peninsula is that narrow region that we have all seen on maps, on the western coast of Mexico.

Present-day California in the United States and Baja California in Mexico – both were inhabited by the Kumeyaay Amerindian ethnic group, also known as Tipai-Ipai or by their historical Spanish name Diegueño.

The first European maritime exploration was led by Juan Rodríguez Cabrillo, who passed through the coasts of Tijuana en route to San Diego in 1542. Cabrillo had been a soldier in the troops of Hernán Cortés in the previous conquests of Central America and Mexico.

This piece of land separates the Pacific from the Sea of ​​Cortez, joining the continent practically in the border area with the United States. The two most populous cities are Tijuana and Mexicali, the state capital.

Tijuana was founded in 1889. As a result of the economic and tourist interest that arose in the lands closest to the new border, the urban development of present-day Tijuana skyrocketed in the decades after the war.

Today Tijuana is the busiest border city in the world and its airport has become one of the main hubs for travelers in North America.

If you are visiting Tijuana from the United States, use the Parkos service to leave your vehicle for several days in a convenient, safe, and inexpensive parking lot.

Parkos is a comparison and booking platform for affordable and safe parking near airports.

Parkos also offers a private shuttle to the airport, a car wash and checkups, luggage help, electrical charging of vehicles, a heated or air-conditioned waiting area with toiletry facilities, and more.

Although security in certain regions of Mexico is an issue that worries some travelers, Tijuana is not a particularly problematic city. Walking with caution is necessary in all parts of the world to avoid problems, also in Tijuana.

Things to do in Tijuana

The beaches of Tijuana

We begin with a common denominator of the entire Tijuana coast, from Puente la Joya, in the south, to the border with the United States, in the north: the beaches.

These four kilometers of sand are interesting, not so much as a place to bask in the sun, but because its inhabitants come here to spend their free time. It is a place to stay with family and friends.

The last kilometer of the beach can be walked along the boardwalk or coastal walk. The promenade has been built above the beach, on wooden boards. It extends from Parque Azteca to the border wall with the United States.

Most of the restaurants and bars are concentrated here, among residential houses, abandoned lots, and colorful facades, a sample of local street art.

The Wall on the beach

In an aerial view with Google Maps, it is very striking to observe how the same beach is divided by metal bars. It is probably the most recognizable image of Tijuana. Visitors frequently come here to photograph this place.

On this side, there is a beach area that ends with a lot of bars.

On the other side is an American-style tourist attraction, the Border Field State Park with its access hours and its entrance price, where the highlight is not the border with Mexico, but rather being the closest corner of the southwestern United States of America.

There is a small square divided in two by the wall, known as Friendship Park (San Diego – Tijuana).

The Mexican side is always open, as it is in a public area without any type of control. The American side is only accessible on Saturday and Sunday mornings, through the Border Field State Park, after being identified and monitored at all times by the border police.

Walking through the downtown area of ​​Tijuana

The downtown area of ​​Tijuana extends around Revolución and Madero avenues.

Businesses everywhere, street vendors, franchises, banks, and hotels. If you want to buy a souvenir, this is the right place if you are ready to walk through among the hundreds of shops in the area.

Even if you are not so into shopping, the fact of walking around here is already interesting

Since you are in the center, do not miss the magnificent Cathedral of Our Lady of Guadalupe.

Two kilometers from the center, you can find the CECUT, one of the most outstanding cultural spaces in the entire country. Not only is it home to numerous exhibits and has a botanical garden or aquarium, but it is also the venue for numerous events and festivals.

The Imax Dome is its most iconic image, inside which documentaries are projected on a 180º surround screen.

The Museum of the Californias is also recommended, to learn in detail the particular history of the region.

The Rodríguez passage is a gallery between Constitución and Revolución avenues, and between 3rd and 4th streets. It is a meeting point for street artists. And it has cafes and restaurants with a bohemian touch, music, breweries, and craft stalls.

Both this and the nearby Gómez passage were souvenir galleries for visitors, which fell into disrepair in the first decade of this century. Now they have been revitalized by accompanying Tijuana’s growing street art scene.

The corner between Avenida Revolución and Calle Primera is the origins of Tijuana. The first settlements took place in this downtown area two centuries ago. Today it still retains the charisma and image of that time.

Shops, restaurants, music, crafts, and parties. Thousands of colors and thousands of people walk through this place, sit down to have a drink, and stop to watch Mariachi and Mexican hat dance.

If you are one of those who visit the traditional markets of each city, in Tijuana you have two near the center: El Popo and the municipal market. There you will find from hot chili to candles, clothes, incense, and all kinds of utensils.

There is no shortage of food stalls and neither are Tijuana residents, who come here daily to do their shopping.

It will surprise you, but the salad present on practically all restaurant menus in the world was invented in Tijuana. It was specifically at Caesar’s Restaurant Bar, still open to the public.

One day in July 1924, its owner, César Cardini, ran out of ingredients, and with what little he had available, he invented a salad.

There are other theories, as well as variants of the original recipe, but one thing is for sure: the Caesar salad was born in this restaurant. It soon crossed the border and continued its international expansion.

Difficult to turn down a tequila in Mexico, and even more difficult would be not eating well in Tijuana. Try local restaurants, bars, and cafes that will surely not disappoint you with the rich cuisine of Baja California.

Tijuana (Mexico) and San Diego (USA) are two large cities belonging to two different universes, separated by a fence and connected by the San Ysidro – Tijuana border crossing, the busiest in the world.

More than 50,000 vehicles legally pass through here every day and 25,000 people do it on foot, crossing the pedestrian access control to the United States.

Workers cross daily, Americans who go down to see Mexico for a few days for leisure, those who return to visit relatives, Mexicans who go shopping in the United States, or gringos who come looking for cheaper services than in their country.

As access by car becomes eternal, many prefer to cross on foot and look for their means of transport on the other side. Already in the US territory, there is a tram that leads from the San Ysidro pass to downtown San Diego. It takes just over 30 minutes.

With the permits in order, crossing the border is free as it is an official service of the CBP (Customs and Border Protection), but it usually requires several hours of waiting.

However, there is an alternative, surprisingly privately managed, that allows passage from one country to another with the requirement of having a flight to or from the Tijuana airport.

The CBX (Cross Border Xpress) is the fastest option to connect Latin America with the United States in both directions. Crossing this 130-meter bridge that separates both countries. The CBX is at the Tijuana airport, 5 km from the official border crossing.