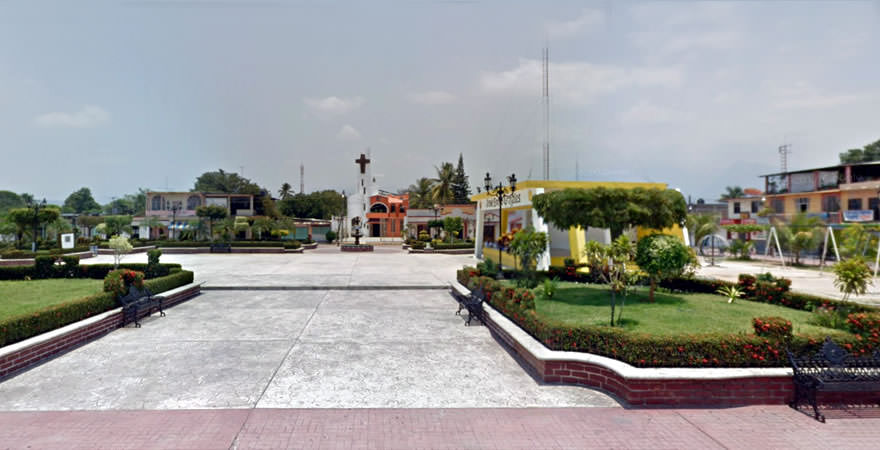 Mapastepec is located south of Chiapas.

One of its main tourist attractions is The Coaches, place located next to the sea for relaxation and recreation for visitors and locals, as well as its natural beauty and its people. Pampahonda is the most visited by the inhabitants during the holidays to enjoy desemana holy hot weather that characterizes them.

Mapastepec city, is located south of Chiapas, it has an area of 1085.6 km ², which represents 1.44% of the state, its boundaries are: west, northwest and north by the municipality of Pijijiapan, La Concordia, on the north and northwest, with Angel Albino Corzo, on the east Siltepec, with Motozintla southeast, with the Acacoyagua and Acapetahua south and the Pacific Ocean to the south, southwest and west.

The municipality covers an area of 1085 km².

Mapastepec, like other coastal towns, stretching from the edge of the Pacific Ocean, with its marshes, lakes and swamps to the peaks of the Sierra Madre which covers much of the ecological reserve known as El Triunfo that has a forest of fog holder of the tallest trees in the country and several unique plant species rarity and beauty. The area of the municipality may be distributed as follows: 35% is mountainous terrain, 20% plains, 30% hills, 5% to rough terrain and 10% wetlands. Alluvial soils predominate deep profiles and silt-sandy texture.

Altitudes of temperate and wet down the rivers of the area governing the municipality, among the most important may be considered the Novillero, San Nicolas and Sesecapa. Its waters are used primarily for human service, the livestock and agriculture.

The vegetation at this high jungle town on the coast and oak-pine forest in the mountains. Can still be found species of hardwoods such as cedar, spring, hormiguillo, Guanacaste, oak and tepemixtle. Among the fruit we scored avocados, mamey, mango, custard apple, soursop, papausa, cuajinicuil and caspirol, among others.

According to the results presented in the Second Census of Population and Housing in 2005, living in the town of 129 people who speak an indigenous language.

Mapastepec (meaning in the “Hill of the Raccoon”) is a town and municipality in the southern state of Chiapas, Mexico.

Mapastepec was founded as a people tributary of the Aztecs in 1486 under the name of Mapachtépec. In the first population census raised by the colonial authorities in 1611 had 265 inhabitants Mapastepec. On July 5, 1955, was upgraded to a villa by decree issued by Ephraim A. Osorio, Governor of the State of Chiapas.

Chiapas has a wide variety of natural resources, unfortunately irrational exploitation has devastated large areas of woods and forests, causing loss of species of flora and fauna.

Within its territory there are lots of Biosphere Reserves Triumph and The Crossroads, in addition to the Reforestation Area Huizapa-Sesecapa.

The highlight, ecological reserves: that of “The Crossroads” south of town, near the Pacific Ocean, which contains the beautiful mangroves with its abundant flora and fauna of the “Idol” to the north, admitted to the closed forest of fog, over 2000 meters above sea level which houses the most diverse flora and fauna of the world, as it has the largest number of species of plants and animals gathered in a single protected area. In the offices of the National Commission of Protected Natural Areas (CONANP) located opposite the central park of the municipal seat can make reservations for guided tours to discover the stunning beauty of these ecological reserves.

The beaches can not go unnoticed, are of incomparable beauty, tourists can stay in touch with nature, it has many avenues of access road to their different itineraries.

The most important celebrations are: the San Pedro Apostol, is considered the patron of the city. Also performed the celebration of the Virgin of Guadalupe. Every March the Mango Fair is held, with major exhibitions and visit major musical figures.