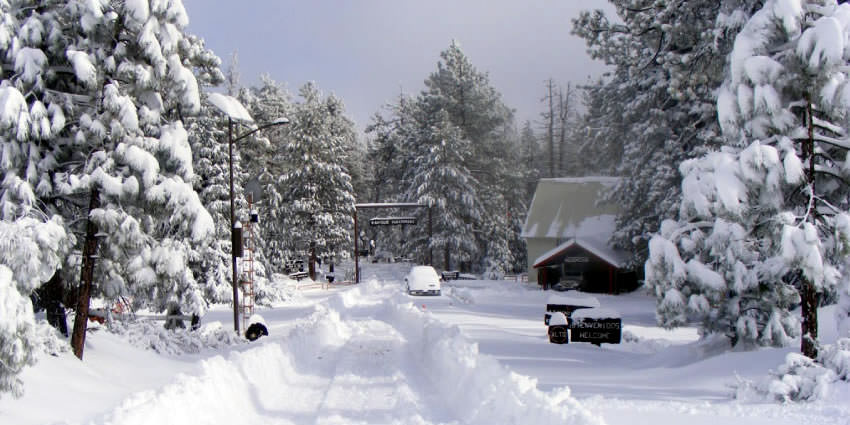 Paradoxically, Mexico is a country where snow is common, snow is usually present in mountainous or mountainous areas of the center and north of the country.

However, only a few states of Mexico have the ideal conditions for the practice of skiing as a winter sport. Intense snowfalls have been registered in Mexico, especially in the states that are above the Tropic of Cancer.

The packed snow has appeared from sea level to the highest levels of the mountains, which is where there is a higher concentration of snow suitable for winter sports.

In the center of the country, only snow appears above 2,800 meters above sea level and especially in mountainous regions.

Among the areas of Mexico where high snow and ice precipitation is captured in winter and whose mountain slopes do not have much verticality, the following stand out:

Find out where you can see snow and practice winter sports. If you love snow and winter sports and want to know about places in Mexico to practice them, this article is for you.

Although Mexico is not recognized as a top destination for ski enthusiasts, it is possible to find mountains and slopes to slide.

Regardless of whether you are a hobbyist or an expert, we have compiled the best recommendations and suggest places in Mexico where you will see snowfall.

Just 45 minutes from Saltillo, nestled in the Sierra de Arteaga, is Bosques de Monterreal, a tourist development where it is possible to ski and snowboard any day thanks to its artificial snow slope.

Bosques de Monterreal, the only ski center in Mexico

Natural snowfalls in the winter months, which beautifies the landscape. There are Swiss chalet-style cabins, equipped with whirlpool tubs, a kitchenette, and a fireplace with wood, to spend a few days with family or a group of friends.

The first alpine ski center in Mexico called Bosques de Monterreal is located in the municipality of Arteaga in the state of Coahuila, where you can ski all year round.

In the place there are two ski slopes with facilities adapted for learning this sport throughout the year, you can ski with natural snow in the months of December and January; if the snowfall was intense and the quality of snow is adequate.

The ski slope was designed under high-quality standards.

The development has a main track with a length of 230 meters, a 20-degree incline on the natural terrain that is considered a blue track in technical terms and there is also a second learning track and sledges with a length of 45 meters.

These tracks were designed for Olympic athletes to allow them to have high levels of competitiveness when there is no presence of snow.

You can also enjoy other activities full of adrenaline such as rappelling, zip lines, and horseback riding or ATVs.

Here is the highest golf course in the country (2,900 meters above sea level).

Although in Mexico the options for skiing are limited, there are immense and fascinating geological structures that are spoiled by adventurers who enjoy extreme sports: volcanoes.

There are more than two thousand scattered throughout the territory and the skirts of some come to have the perfect conditions for the most intrepid skiers:

It is the only volcano in the world whose crater can be reached by road. For many years the construction of a ski resort on the slopes was planned but it did not come true due to the ecological impact.

In the colder months, it is possible to ski or snowboard, but it is recommended only for people in good physical condition as you have to climb carrying the equipment.

Some expertise is also important as unlike resorts in North America or Europe, snow conditions are highly variable.

With its more than 5,000 meters of elevation, the Citlaltépetl or Pico de Orizaba is the highest mountain in Mexico.

In the highest parts, the incline is about 50 degrees, which is equivalent to that of the “black slopes” in the resorts.

Not only technically very difficult to ski down, but these slopes are also often extremely steep and icy and demand a highly refined technique plus a high level of concentration from the skier.

Accommodation: Where to stay?