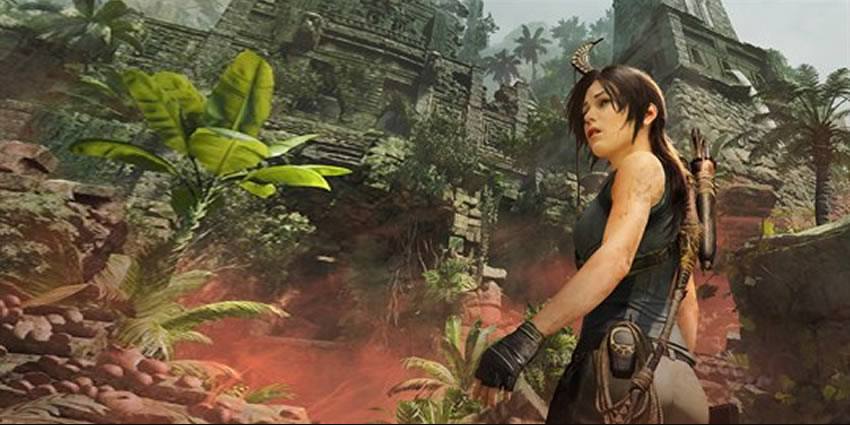 The ancient Mayan and Aztec civilizations have a rich cultural heritage and a mysterious history that has fascinated people for centuries.

This combined with the popularity of online games and the desire for exciting and unique themes has made the Mayan and Aztec civilizations a popular choice for game developers.

Pre-Columbian theme design often features exotic imagery and symbols from pre-Columbian civilizations, which adds an element of adventure and excitement to the game.

Additionally, the use of ancient civilizations in slot games allows for the integration of mystical elements, such as the use of pyramids and treasures, which add to the overall appeal and excitement of the game.

From booby-trapped temples to the Land of the Dead, here are the best games inspired by Aztec mythology.

The mythology of different cultures has formed the basis of so many video games. Fantasy juggernauts or historical series bring a variety of mystical elements and reliability that still resonates with us to this day.

Although both Ancient Greece and Egyptian mythology are some of the most well-known, Aztec mythology is filled with colorful gods and spiritual creatures of their own. Hence, it would be a shame not to mention these games inspired by Aztec mythology.

1998’s Grim Fandango blends Aztec mythology in this classic game set in the Land of the Dead. Placed in the shoes of a dead protagonist Manuel Calavera, who is charged with ferrying the dead in an attempt to clear up debt and hopefully move on to the afterlife.

In the game, the dead must undertake a four-year journey to the Land of Eternal Rest, but those with a good heart (or even deeper pockets) can take an express pass.

Grim Fandango adds a bit of a modern twist to it by portraying the afterlife as a capitalist system, prone to corruption and scandal.

Shadow Of The Tomb Raider

Shadow of the Tomb Raider sends treasure hunter (or protector) Lara Croft on an adventure to the ruins of South American civilizations. The game takes inspiration from three important cultures in ancient Mesoamerica, namely the Mayans, Incans, and the Aztecs.

With her crusade against Trinity still ongoing, Lara attempts to stop them from triggering an ancient Mayan apocalyptic prophecy.

You can definitely see Aztec influences in the numerous tombs Lara explores throughout the game, particularly on themes of mass human sacrifice, as well as their historically accurate costumes.

This game is an all-around package, as it tries to factor in almost all mythologies on Earth. Not only does 2007’s Loki: Heroes of Mythology feature Aztec mythology, but Greek, Egyptian, and even Norse mythologies as well.

This adventure RPG sees you pick a hero from different mythologies, from a Greek warrior to an Aztec heroine whose powers derive from her worship of Mesoamerican gods like Quetzalcoatl, who is the Mesoamerican creator god of mankind.

The main quest of the game sends you chasing after the Egyptian god of chaos Set across multiple mythologies after he throws the world into – you guessed it – chaos.

Aztec: The Curse In The Heart Of The City Of Gold

2001’s Aztec: The Curse In The Heart Of The City Of Gold puts you in the shoes of an Aztec villager named Little Serpent. He goes out hunting, only to witness a nobleman’s murder, and gets framed for it. Little Serpent runs away in terror before he becomes next.

Unfortunately, Little Serpent’s troubles are just beginning, for a mysterious disease has been killing people left and right. And to top it all off, his parents are placed in the line-up as the next batch of human sacrifices. It seems poor Little Serpent can’t seem to catch a break.

Out of options, Little Serpent must devise a way to stop both things from happening, and clear his name.

Set two decades before the arrival of the Spanish conquistadors, Aztez is an adventure, hack-n-slash turn-based strategy game launched in 2017. You play as an Aztec warrior chopping and slicing opponents in various locations around the Aztec Empire, like the capital city of Tenochtitlan.

Not only do you get to traverse the Aztec Underworld, but you will even get to test your mettle against legendary creatures and warriors in Aztec mythology. From conducting human sacrifices to summoning Aztec deities, experiencing the blood-pumping Aztec world in Aztez is an exhilarating adventure.

2009’s Aztaka is a side-scrolling adventure RPG where you play as an Aztec warrior named Huitzilo. Huitzilo goes on an odyssey to save his people by gathering seven photographs in order to appease the wrath of the Aztec pantheon.

The game displays architectural influences from the Aztec Empire, such as the Great Temple of Tenochtitlan. Huitzilo must go through ten levels, which take him from The Napatecuhtili Waterfalls to The Calpollalpan Temple.

Launched in 1987 and first set in Nazca before switching to the Aztec period for international releases, Sega’s Aztec Adventure takes you on a journey as a Nino the treasure hunter.

Nino must traverse a variety of different labyrinths in order to get to the treasure and reach the Aztec Paradise.

Of course, it is not as easy as it sounds, since there are other characters Nino must watch out for.

These enemies will attempt to stop Nino from ever reaching his goals. But if you pay your opponents a certain amount of gold, they can actually become your allies and attack the other enemies.

Aztec Adventure has since launched a remastered version.