The flowers’ meaning in Mexican culture 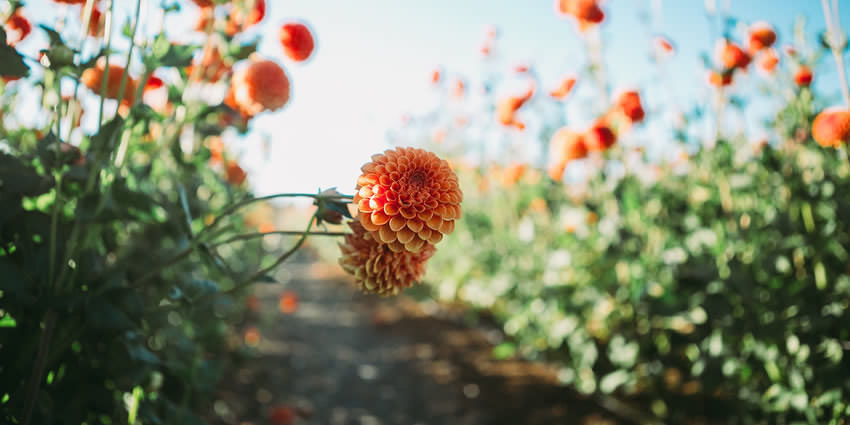 Mexico is one of the countries in the world with more biodiversity and an innumerable variety of plants and flowers.

That diversity of vegetation is reflected in Mexican culture. Since pre-Columbian times, native plants and flowers have been used for ritual and ornamental purposes. The flowers were also used to make dyes, drinks, crafts, fabrics, sculptures, gastronomic dishes and medicines.

Mexican mythology attributes specific flowers to several deities, which is part of the reason each flower has a particular meaning or symbol. Flowers are a key symbol in many Mexican festivals.

In Nahuatl language, the word “xochi” means flower, and there are a lot of Mexican place-names that use this word: Xochimilco, Xochitepec, Xochicalco, Axochiapan, Xochistlahuaca, etc.

Some many plants and flowers have retained their native Nahua names: coyolsúchil, jilosúchil, jocosúchil, suchiate, ocelosúchil, suchipal, xiloxochitl, and so on. Without a doubt, Mexico is a country of flowers!

The symbolism of some Mexican flowers

Flowers occupy a central place in many popular festivals and traditions in Mexico. Flowers have been a way of expressing feelings and desires in many fundamental Mexican cultural rituals. 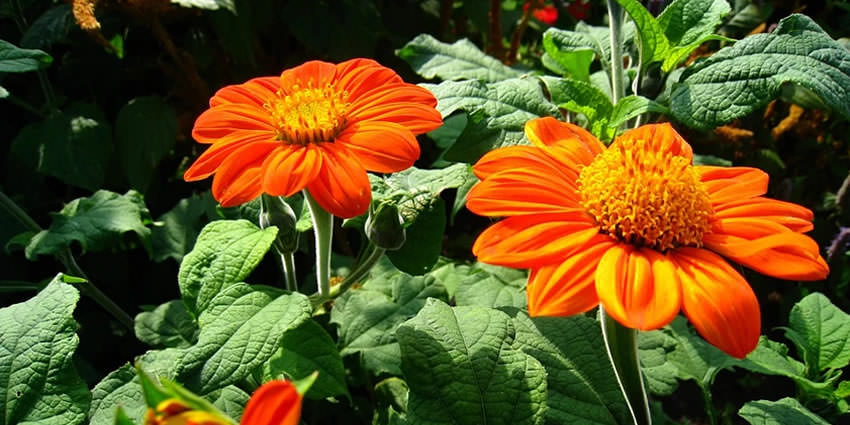 Mexican Sunflower grows on shrubs, among the scrubby grasses at the sides of roads or forests, from summer to early autumn. Its blooms look similar to a daisy. This flower can be found in the mountains of Chihuahua, Durango and Tamaulipas states.

The petals of Mexican Sunflower mostly come in shades of yellow and red colors. On each shrub grow from 80 to 120 flowers, making it dense with lovely blooms. 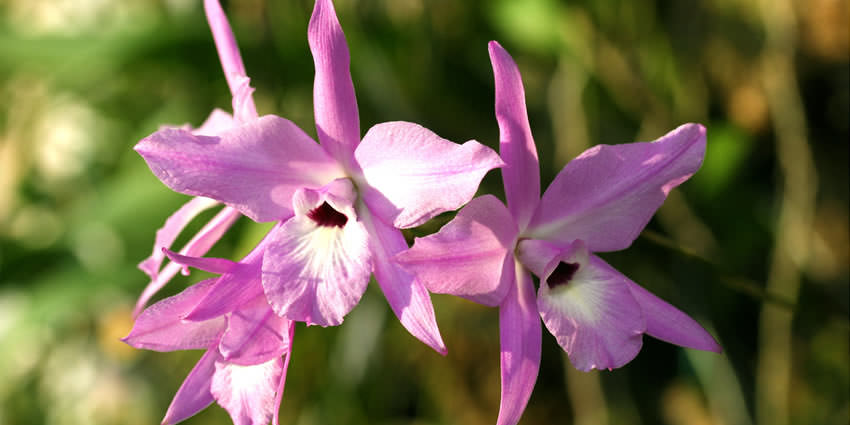 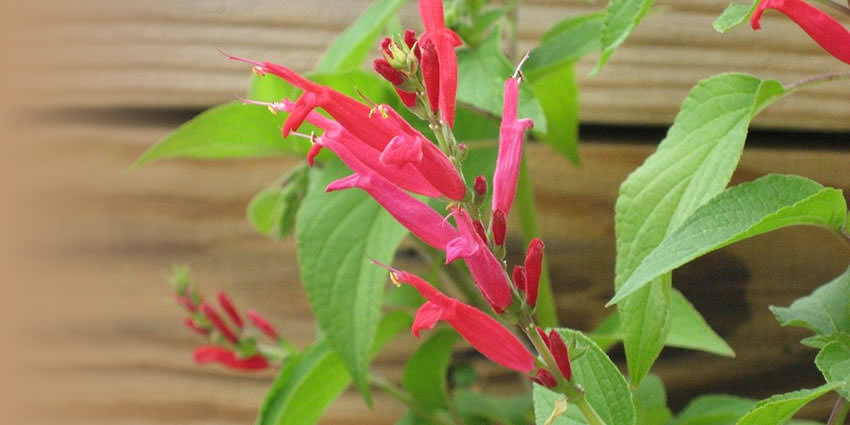 Pineapple Sage bloom from late summer to early autumn. These flowers mells a lot like a pineapple, their blossoms are a bright red color and the foliage can be used for cooking when crushed. 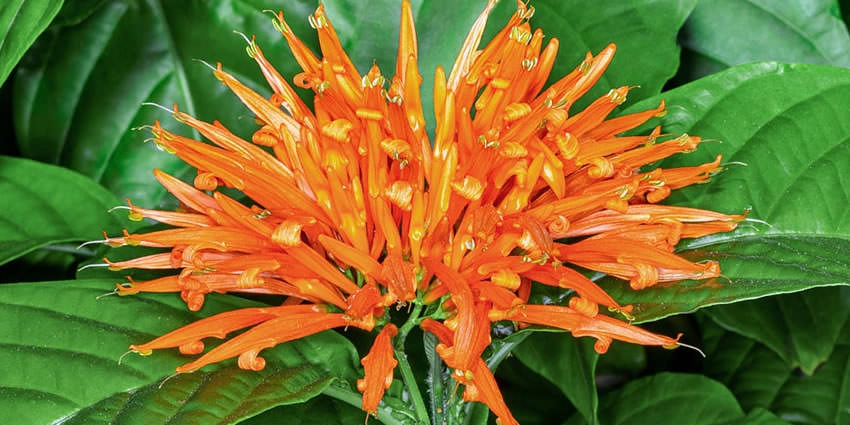 Mexican Honeysuckle bloom in spring. The plant blossoms small and thin flowers that are bright orange. Some varieties have a wonderful smell and make for a great addition to any garden. 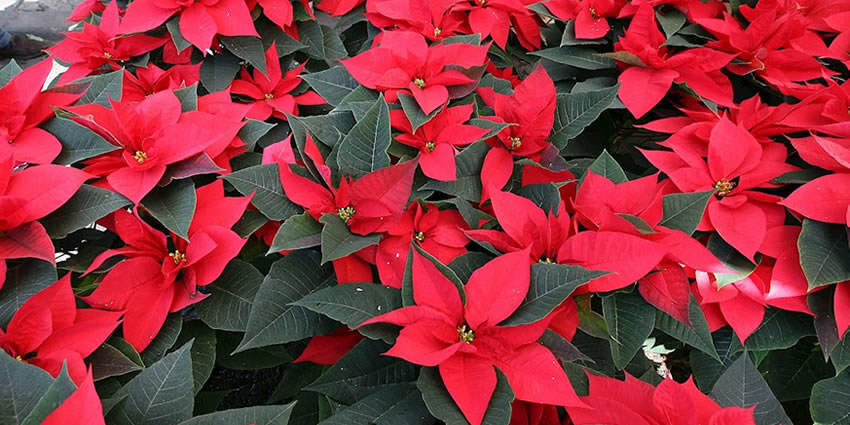 Poinsettia bloom from late autumn to early winter. The red color of the plant is not the blossoms but rather the foliage. The plant can be used for medicinal reasons and to dye clothes. 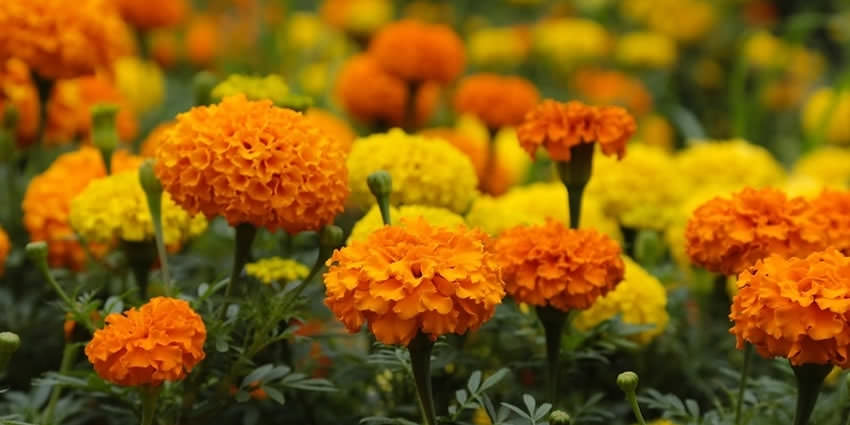 Mexican Marigold is part of the daisy family. These flowers come in warm colors and bloom from late Spring to Autumn.

Mexican Marigolds is used on occasions of grief and despair and religious ceremonies. These flowers are the staple of the Day of the Dead and one of the purest offerings to Mexican deities. 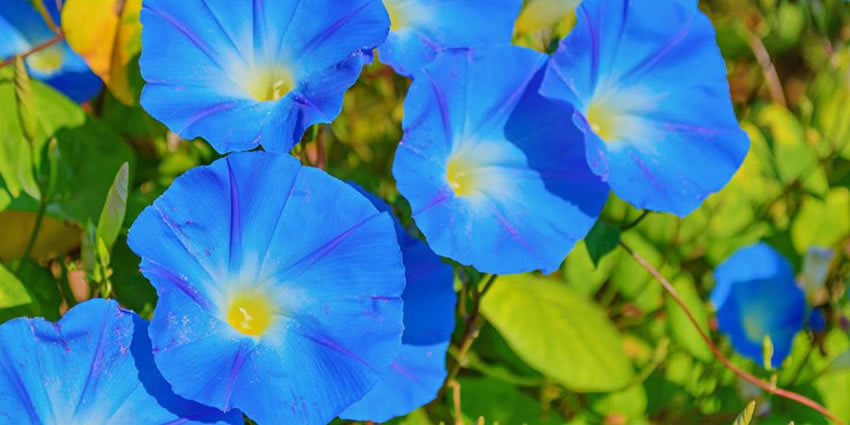 Mexican Morning Glory is commonly blue, purple and white flower and is usually found in dry locations. These flowers bloom from summer to autumn and grows after rainfall and only opens up during the morning . The lovely unique shape of the petals looks like a trumpet. 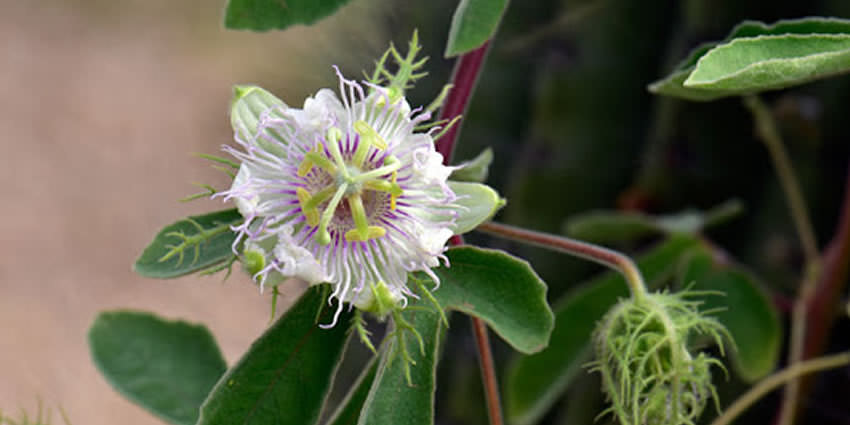 Mexican Passion Flower is one of the most unusual and distinct Mexican blooms. These flowers bloom in late summer.

The vines have round-tipped, bilobed leaves. The flower comes in two color combinations: red and green, or yellow and purple. The plant is known for its pungent odor and bearing passion fruit. 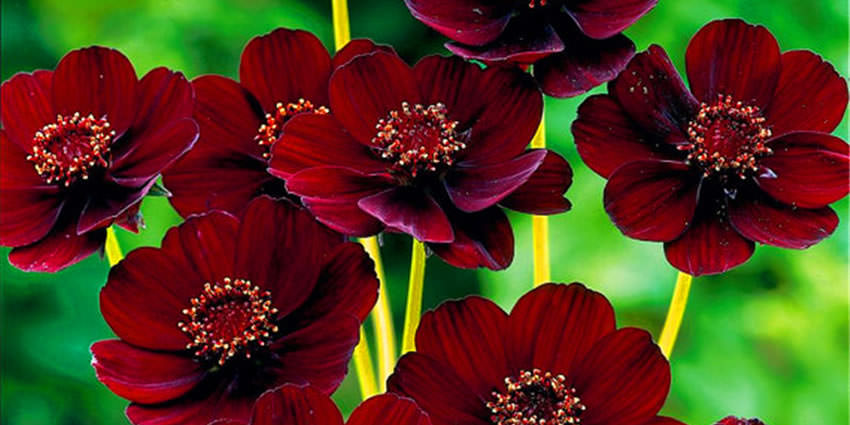 Chocolate Cosmos blooms in summer. This flower is a member of the cosmos family, and its blossoms vary from a hue of dark red to brown. The name “chocolate” represents the color of the flower.

The flower emits a cocoa smell but is not suitable for consumption. 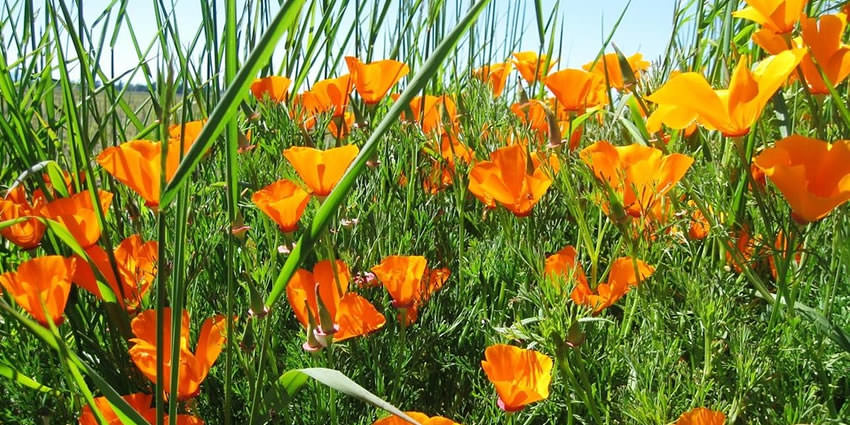 Mexican Poppy has small blooms that can spread very quickly around. The plant blooms in spring and they usually appear in shades of yellow and white. 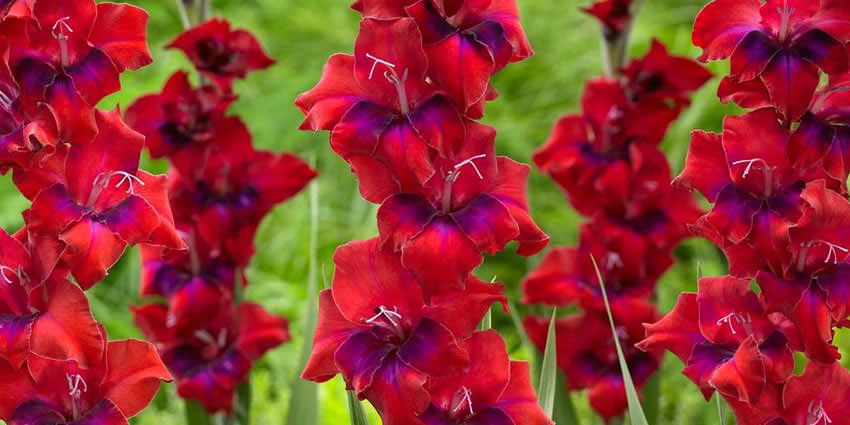 Sword Lily blooms in early summer. The flowers on each stem grow on top of each other, resembling a sword. The flower comes in various colors including shades of red, yellow and pink.

Also known as Gladiolus, these flowers are used during the Day of the Dead celebration. 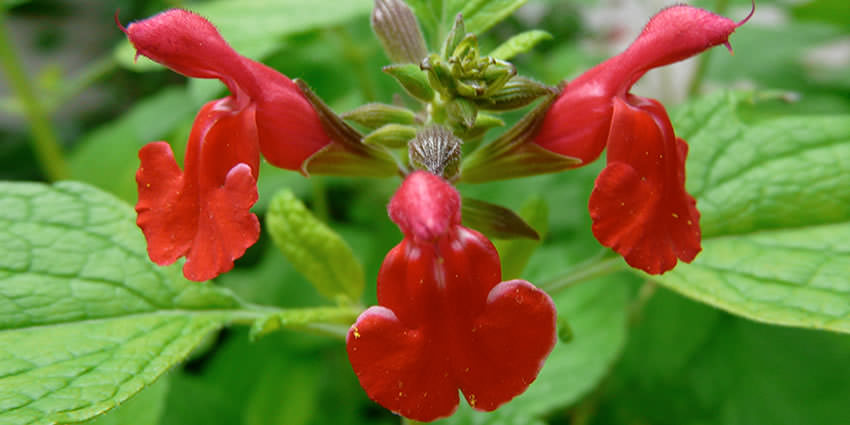 Belize Sage blooms in summer, it flourishes in compact spaces, making it easy to grow in almost any container. The flowers are tiny and red-orange in color.

Belize Sage is a symbol of protection and healing. 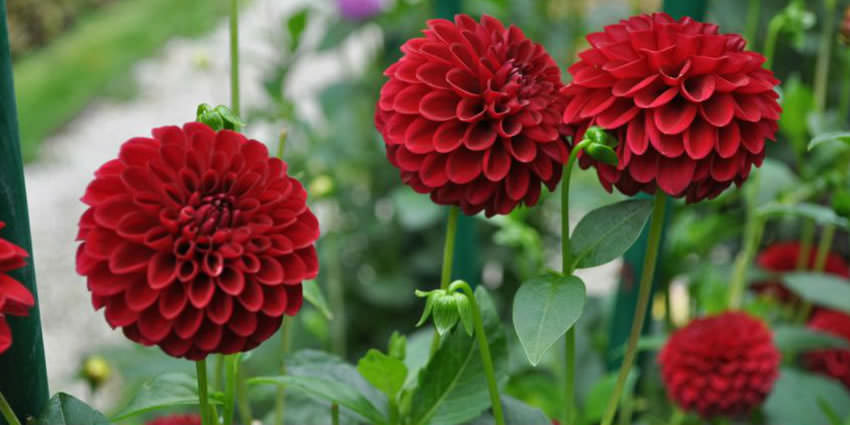 Dahlia flowers bloom from summer to autumn. The interesting petal pattern makes the flowers intriguing to look at. Dahlia is also commonly used in salads.

The dahlia became the national flower of Mexico because of its multiple uses, long-known history and intriguing appearance. Historically, the tubers of the flower were used as a food crop and the Aztecs used the flower to treat epilepsy.

The flower has followed the culture for an expansive amount of time, and that is why in 1963 the dahlia was declared the national flower of Mexico.

Dahlia is a symbol of elegance, creativity and dignity. 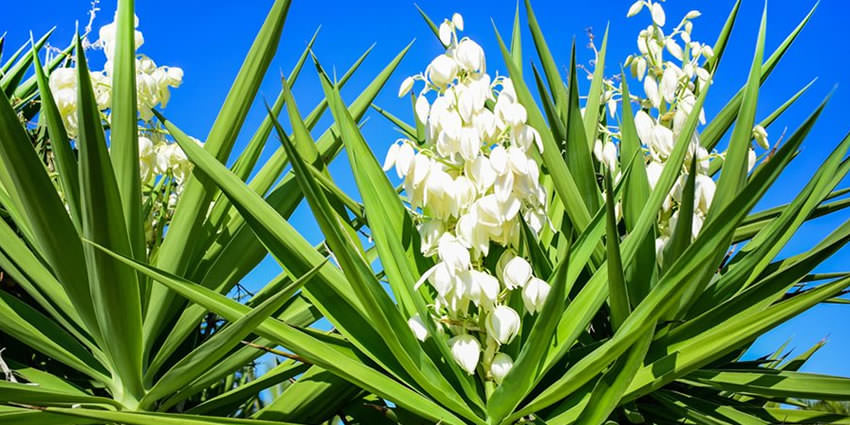 Yucca Flower is a succulent and bears fruit that’s shaped like a banana. The flower blooms in summer. The blossoms are mostly white and have a pleasant smell.

Parts of the plant are edible as well and it also is used for medicinal and beauty purposes. 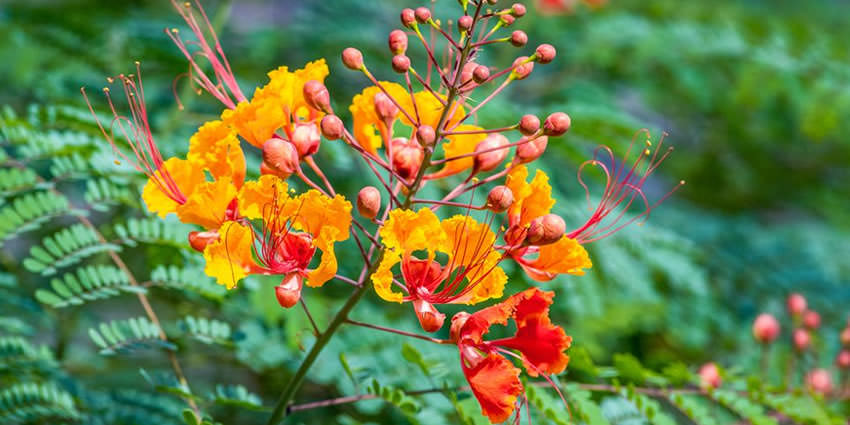 The Birds of Paradise flowers grow on top of the base of the stalk and resemble the head of a plumed bird. These flowers bloom from summer to autumn. The evergreen perennial can grow between four and six feet tall and the foliage can spread two to four feet wide.

The Birds of Paradise are popularly known as “crane flowers.”

This flower is a symbol of beauty and excellence.