September 2022 – A powerful earthquake hit Mexico on the fateful anniversary 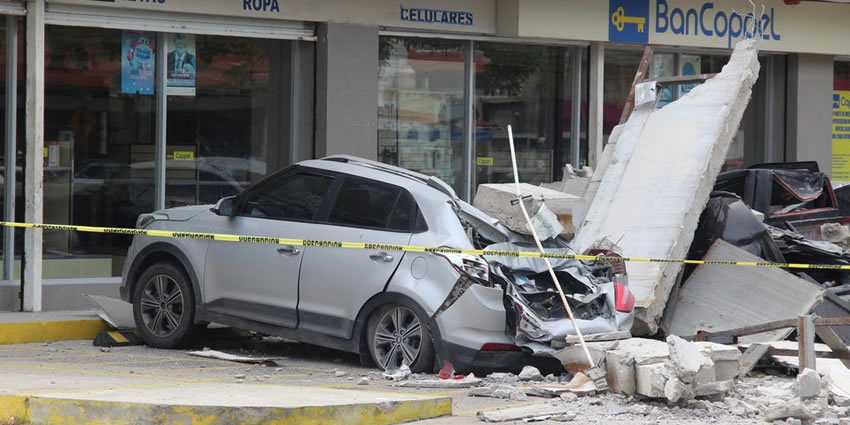 A magnitude 7.6 earthquake struck western Mexico on Monday on the exact anniversary of two devastating temblors of 1985 and 2017.

The quake hit shortly after 13:00 (18:00 GMT) near Mexico’s west coast and close to Michoacan’s border with the state of Colima – where the major port Manzanillo is located.

It was relatively shallow, at only 15 km deep, which would have amplified its impact.

There were no immediate reports of major damage in the capital after the quake struck, which rumbled through Mexico on the same day as destructive earthquakes battered the country in 1985 and 2017.

The National Autonomous University of Mexico (UNAM), said there was no scientific explanation for three major quakes on the same day and attributed it to pure coincidence.

Still, some people in the capital struggled to grasp it was a real quake as the government had already sounded the alarm earlier in the day as a practice exercise commemorating the past earthquakes on the same day.

A new powerful earthquake with a preliminary magnitude of 6.8 struck Mexico early Thursday.

The earthquake, like Monday’s, was centered in the western state of Michoacan near the Pacific coast. The epicenter was about 46 kilometers south-southwest of Aguililla, Michoacan, at a depth of about 24 kilometers.

Michoacan’s state government said the quake was felt throughout the state. It reported damage to a building in the city of Uruapan and some landslides on the highway that connects Michoacan and Guerrero with the coast.

It was an aftershock from Monday’s quake and was also felt in the states of Colima, Jalisco, and Guerrero.

Both September’s earthquakes came on the same date, on September 19 when Mexico commemorates the devastating 1985 temblor that killed some 9,500 people and another strong temblor when more than 350 died on the same date in 2017.